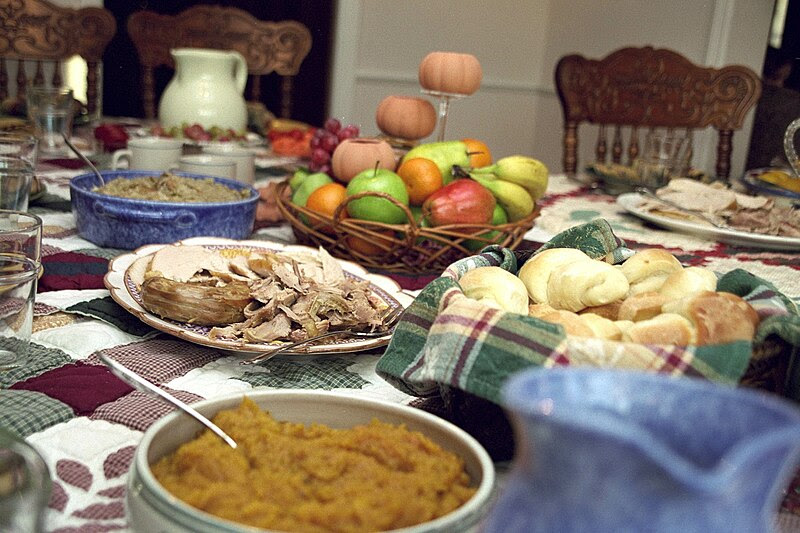 With Thanksgiving to look forward to,the focus tends to be on the big holiday dinner. Most folks love to savor over their memories of the wonderful dishes lovingly prepared and shared with family and friends,delighting in the edible joys to come.

However,it's also important to remember those feasts that were flops as well. The best way to avoid making mistakes in the future is by keeping the past within quick recall,after all. To stir up some of those less than appetizing meals,let's dig into this pop culture buffet of bad dinners:

Trying out new foods is always a great idea,except during the holidays. People prefer to stick with their favorites around that period of time and making radical changes to the family menu is pretty much a recipe for disaster.

Just about the only time that the Barones on Everybody Loves Raymond got along was for Thanksgiving dinner but even Frank refused to join his kin when Marie and Debra both decided to make them eat healthy for once. The last straw for all assembled was the tofu turkey,which was not only a challenge to eat but to carve up: Not everyone has Thanksgiving,of course,but lackluster meals are universal. During the WWI years on the original Upstairs,Downstairs, the family cook Mrs. Bridges did her bit for the war effort by attending a cooking class on how to make the most out of food rations.

She resisted the very notion at first,but soon enough surprised the staff with a whole dinner of patriotic yet tasteless fare. Mr. Hudson was in favor of her going to begin with, but after sampling a slice of "Win the War" pie,both he and his stomach soon regret the success of his subtle manipulations:

SOME THINGS SHOULDN'T BE GUESSWORK

Many bad dinners don't even make to the table,as a classic error of would be chefs is to make snap judgments on how much to make and for how long. Fred and Ricky found that out on one I Love Lucy episode,where Fred's skimpy seven layer cake paled in comparison to Ricky's massive rice eruption. Just a hint,fellas-one pound per person is not an ideal serving size:

A TEACHER IS ONLY AS GOOD AS HER STUDENT

Half the battle in making a good meal for any occasion is in learning the right way to cook,but some people are beyond even the reach of the best instructors. They tend to say that a student is only as good as their teacher but that's not the case in every situation or situation comedy.

Granted,Reba would never consider Barbara Jean as the best in anything but even she felt sorry for her when Cheyenne's home cooking lessons drove the perky gal to utter despair. Barbara Jean did possess patience but her limits were clearly defined after some kitchen time with Cheyenne:

The real meaning of Thanksgiving is about being with your loved ones but things do go smoother when there's a tasty dinner to partake in. It is good to be truly thankfully,even if your plate is packed with toast,popcorn and jelly beans,because crankiness is generally worse than unexpected food items and may prevent you from getting another invite to supper there: