Paging through a pair of Oprah Book Club 2.0 Picks 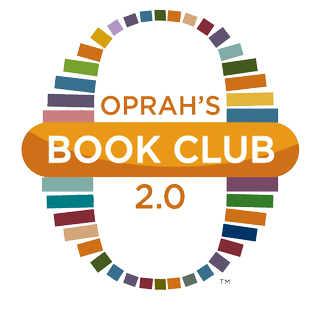 Back in my bookseller days, the selections from the Oprah Book Club were both a blessing and a curse; about as many people would come in looking for those books only as there were those who reacted like a vampire to a cross laced with garlic.

The main benefit of Oprah Winfrey's reading program was to make literature a mainstream topic,which I and many other literary lovers appreciated. Maybe not every book she chose or theme that she went with was a favorite(I was bummed when she stopped selecting novels by present day authors) yet her club made the need to read a positive and popular one.

Most recently, I have been checking two of the books that Oprah has chosen for the "2.0" version of her club, now showcased on her TV channel,OWN. Just as she did in the past, Oprah has put her personal seal of approval on novels that highlight some of our saddest history yet also provides the saving grace of art and humanity on every page:

THE INVENTION OF WINGS: I first encountered Sue Monk Kidd through her earlier novels,The Secret Life of Bees and The Mermaid Chair, and with this book, I truly think that she has gone next level in the best sense of the term.

The narrative of the story is shared by Sarah Grimke, the daughter of a wealthy Charleston family in the pre-Civil era, and Hetty,aka Handful, the girl given to her as a "gift" on her eleventh birthday. Sarah finds the whole practice of slavery to be repulsive and at first refuses to accept Handful as her personal servant but her fiercely determined mother won't hear of it.

Meanwhile, Hetty finds the separation from her mother Charlotte, a skilled seamstress who grows more and more determined to seek freedom for them both, to be hard. As the girls grow up together, the reluctant early bond between them is severely tested over time. Sarah's longing to be allowed to seek a true purpose in life and her varying degrees of rebellion at society's limitations regarding the role of women pulls her far and away from the preferred path that her family wishes her to take.

This chafing at the restraints placed upon Sarah at nearly every turn extends to her younger sister Angelina, who becomes just as passionate an advocate for abolition and women's rights as Sarah is:

Hetty, on the other hand, is still trapped within the prism of slavery and not only watches her mother undergo brutal punishments for her acts of defiance, becomes a victim of them herself.

Nonetheless, she clings to the hope of a time when she can be free even when her mother disappears for a while and the promise of a revolt lead by Denmark Vesey goes off the rails.

One thing that helps both Sarah and Handful in their separate struggles is their friendship, which alters as time goes on yet is never completely broken. Sue Monk Kidd does weave some fictional threads into this story quilt yet the depiction of what Handful and many African-Americans suffered during the horror of slavery rings with a resounding truth.

Sarah Grimke(along with her sister Angelina) was an actual abolitionist/feminist who challenged the precepts of her day and if this book helps to bring her part in that history to light, it is an extra special benefit of reading this emotionally gripping story. The Invention of Wings will be out in paperback this May and I hope that many folks who waited until it was so(much like readers did back in the Oprah Book Club heyday) will make haste to experience this amazing duet of women seeking freedom in both their outer and inner worlds:

RUBY: I was fortunate enough to receive a copy of Cynthia Bond's debut novel,which is the current OBC selection, from Blogging for Books and am reading it right now. This is not a story you want to rush through,believe you me.

The basic plot is about Ephram, a man who has lived his whole life with his sister Celia in the small town of Liberty,TX, and Ruby Bell, the girl that left town many years ago and who has returned in a shattered state.

The story is told with a powerful blend of poetry and prose, as Ephram's desire to reconnect with Ruby stirs up a flurry of emotions that he never knew that he had. Both his and Ruby's past are fraught with tragedy entwined with racial and sexual violence, along with a touch of magic as Ruby is seen by a local spiritualist at a young age to be a "doorway" for departed souls. It's as if Toni Morrison and William Faulkner joined forces to create the ultimate in modern Gothic lit:

While I do agree with many readers that this is a tremendously sad story, it is also a beautifully told one as well. It took Cynthia Bond ten years to write this book and her time was truly well spent as her talent pours forth like bitter sweet icing over an angel food cake on every page.

I am glad that Oprah has returned to shining the spotlight on debut novels once again. It's hard enough being a new author with a story that might find a hard time gaining an audience as it is these days.

Thanks to Oprah leading the chorus of praise for this wonderful book, Cynthia Bond is getting the attention she deserves and I truly hope that is only the beginning of literary greatness for her:


While many things go in and out of style, reading never does and it's great that Oprah has brought back her club for the next generation of reading groups. Looking back, her focus on books helped to bring a nation of readers together and literary unity is a good a place as any to strengthen our society's fractured bonds as we head on into the future: