My year of Series-ous Reading(reading books from various genre series) has gotten off to a good start with Jane and The Unpleasantness at Scargrave Manor. This is the first book in author Stephanie Barron's Jane Austen Mystery series, which has thirteen titles to date.

Having read a few of the later entries, it was good to go right to the beginning where the initial premise is that a set of journals written by Jane Austen were accidentally discovered in an old house and being published with footnotes. Those notes are quite informative at times, even to those familiar with the ins and out of Regency lore(a couple of legal terms were very enlightening to me).

Once that set-up is laid out for the reader, we get right into the story. Jane is introduced to us at age 28, having just accepted and quickly rejected the marriage proposal of Harris Bigg-Wither, a rather awkward period in her life. To avoid dealing with the recriminations of her family for that, she's taken to a spree of visits with friends and has decided to join a new acquaintance Isobel Payne, the newly wed Countess of Scargrave, in attending the Christmas celebrations at her husband's estate: 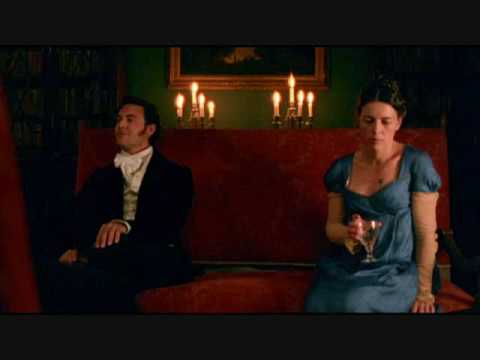 Before Christmas Day,however, the Earl is struck with a mysterious illness that does him in. Isobel is grief stricken,so Jane stays by her side to offer comfort, having no inkling of foul play as the Earl was considerably older than his recent bride.

Yet Isobel's maid has secretly left the estate and is sending notes to the authorities that claim Isobel and the young heir to the Scargrave title, Fitzroy Payne, are responsible for the Earl's death.

There are plenty of other suspects about, including several relatives of both Isobel and the Payne family, all looking to make what fortune they can from this tragedy. As Jane starts to play detective, another murder implicates her friend and she must do what she can to save her hostess from being officially sentenced to death.

As this story is placed well before Jane began her publishing career, you can spot many elements that will be added to her novels, most noticeably Pride and Prejudice. Many of the scenes in the book are rather engaging in the formal manners of that time, especially when a truly flighty cousin of Isobel's, Fanny Delahoussaye, is on the prowl, along with her obnoxious mother Hortense, are on stage and in full catty mode:

One character that is introduced here is somewhat of a Darcy but with a sneaky side that recalls a few of Austen's more roguish leading men.

Lord Harold Trowbridge has business dealings with Isobel that make him look like a despicable fellow but as it turns out, he is not as bad as first appearances make him out to be. I know from reading some of the later books that Lord Harold becomes an occasional ally of Jane's in her crime solving pursuits and there is quite the hint of attraction between them.

I do like that bit of chemistry ,mainly from arguing, that rises up during most of their scenes and look forward to seeing more of that as I go on with this series. Lord Harold and Jane's original team-up reminds me of season one of Castle, yet in my head, Lord Harold talks more like Ewan McGregor than Nathan Fillion(gents who I adore somewhat equally-can't help it, Fillion has the home field advantage here):

All in all, Jane and the Unpleasantness at Scargrave Manor is a solid read that does make you want to read more of Austen's detective adventures. The mystery does take it's time to resolve but settled it truly is by the end in a satisfactory way.

It does help to know a good deal about the life and times of Jane Austen(as well as being able to overlook the fictional flights of fancy taken here) but Stephanie Barron has a good grasp on Jane's writing style and makes that narrative voice both engaging and believable. I will be delighted to spend more time in her company as this reading challenge goes forth.

In the meantime, my next selection of Series-Ous Reading is the third book in Lauren Willig's Pink Carnation series, The Deception of the Emerald Ring. This tale of Regency spies is lighter in tone so far than the JAM novels yet I'm sure that there will be plenty of romantic intrigue to give it just as much story telling tension to savor: