My Series-ous Reading gets a taste of Cinnamon Roll Murder

Things may be tense as we collectively wait for certain national results yet my Series-ous Reading goes on with more Joanne Fluke.

After the bomb shell revelation at the end of Devil's Food Cake Murder(Norman tells Hannah that he has to marry his new business partner/former love interest Bev in order to see the daughter he didn't know that he had!), it was a good thing that I had already planned to read Cinnamon Roll Murder next.

While she's still reeling from that announcement, Hannah and her youngest sister Michelle come across a crashed bus that happened to be taking a well known jazz band, Cinnamon Roll Six, into town.

Although the bus driver didn't make it out alive, the rest of the band and their traveling companions are well enough to be transported to the local hospital. The only one with a slightly serious injury is Buddy Neiman, the charismatic keyboardist whose charms are completely lost on Hannah. Buddy may be able to finesse others ,particularly those impressed with his fame, but as a patient, he's far from being agreeable: 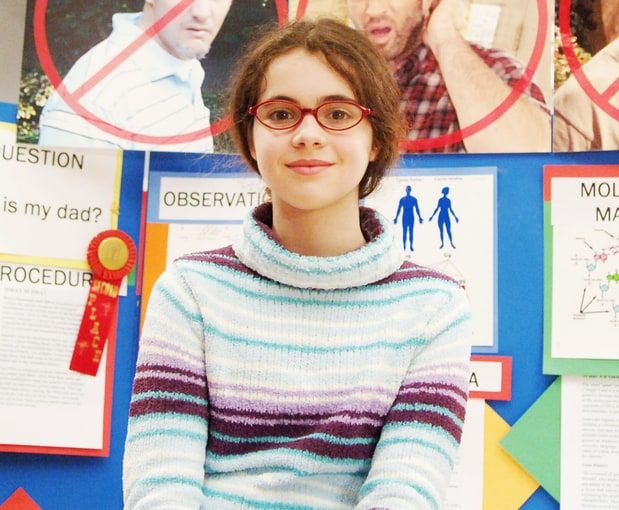 At least this time around, Hannah is not the one to find Buddy stabbed to death with hospital scissors(that dubious honor falls to her mother Delores, who volunteers there and I think dating one of the doctors as well).

While looking into the case, she discovers that Buddy and Beverly seem to have a connected past in Seattle, causing wonder about other secrets that Bev may be hiding.

Speaking of secrets, Hannah's family and friends become determined to find out Bev's real background in order to stop the upcoming wedding and insist that Hannah is being too nice and "not fighting for her man." Granted, I want Norman and Hannah together as well but in such situations, if you try to directly interfere, you often come out looking like the bad guy. I don't blame Hannah for backing off on this one.

However, she and sister Andrea do go out on a far fetched journey to get some of Bev's daughter Diana's DNA in order to prove that Norman is not the father, a plot point that I didn't care for. My concern was that this innocent kid(who is only ten) would be dragged into this mess but fortunately, Bev's mother brought their friendly real estate agent and client routine enough that they were able to get the evidence without this poor girl being at all involved.

As it turns out, Diana is pretty much being raised solely by her grandmother, who is happy to do so and not shy about expressing her suspicions about her own daughter to strangers.  Also, it took awhile for Hannah and Bev to have a showdown, which made the threat of her a bit too remote there. Everything turned out alright in the end but this whole story line was a bit too much:

As to Buddy, his ties to Bev didn't lead directly to his demise but it did open up another can of worms that lead to the capture of his killer. Of course, I really was more interested in the Norman situation and as it turns out, Norman came to his own rescue.

Hannah wisely didn't let him know about her side investigation and it looks as if those two will get back together for now at least. Yes, I do know that Hannah marries someone else later in this series, however, I am convinced that they are Meant To Be-as Phoebe Buffay would say, Norman is Hannah's lobster:

So now that the whole Norman situation is resolved, I can take a break from Hannah and friends by reading the last of my Second Act selections(see, I didn't forget about that!), A Medal for Murder by Frances Brody.

This second entry in the Kate Shackleton series has our leading lady stumble upon a shocking murder in the back alley of a theater. The deceased was a rather obnoxious man who had designs upon the young lady starring in the play that Kate saw that night(she even had to sit near him but moved at one point).

So far, this story has a pawnshop robbery, a mysterious client of that shop being hard to trace, a fake kidnapping in progress and two men linked by a dark secret as soldiers during the Boer War. Quite a change of pace for me here and it's very much welcome indeed: