The Not-Ready-for-Prime-Time Players of Pride & Prejudice

At this point in my reread of Jane Austen's Classic Six, I'm just having fun with the folks of Pride & Prejudice for I am fond of follies and nonsense at times and try to laugh at them whenever possible(plus, I love Mr. Bennet and his pleasing ability to throw shade at every opportunity!).

There are many reasons that this particular novel is the MVP of the bunch; the romantic twists and turns, cutting social satire and a strong willed heroine who is willing to acknowledge the best and worst in others as well as herself, Miss Elizabeth Bennet.

However, my main focus here will be on some of the less than helpful supporting characters, the most irritating and self delusional people you would ever meet and truly dread being stuck in their inconsiderate company for long.

P&P is one of those rare literary joys that makes you enjoy such horrible beings and look eagerly forward to seeing them again(much like Mr. Bennet, who does have his faults but encouraging fools to make themselves more ridiculous is not one of them!) during a reread like this: 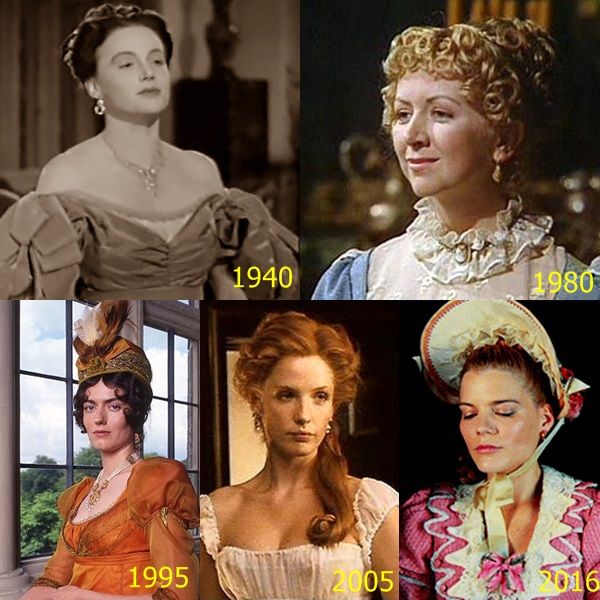 CAROLINE BINGLEY: This snarky sister of the good natured Mr. Bingley, aided by her married sister Mrs. Hurst, does enjoy sniggering on the sidelines at those she considers inferior, mainly the Bennet family.

Of course, apart from snobbery, her chief concern is keeping Mr. Darcy within her sights and shooing Lizzie with her "fine eyes" away from any serious romantic considerations. Caroline is savvy enough to drop her hints to both Darcy and Elizabeth separately, insisting that her comments are "kindly meant" but we all know better.

What trips her up at times is her over confidence, especially with Darcy, who I think does find her amusing at times but only up to a point. It's very entertaining to watch Caroline whip herself up into a frenzy only to be cut down rather smoothly by a cool reply from her intended object of  affection: 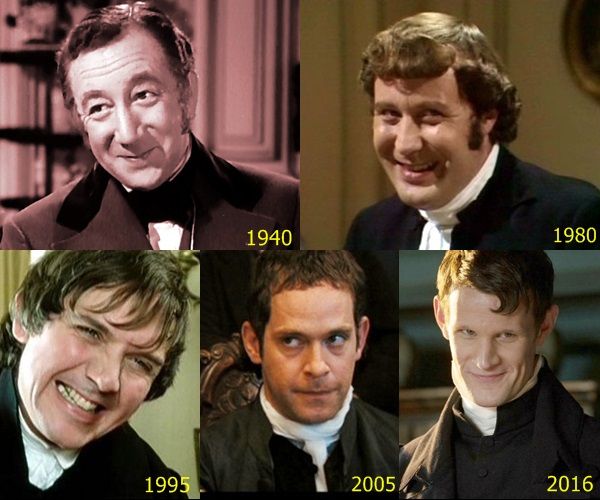 MR. COLLINS: While he does take up more than his fair share of story space, this pompous preacher is nothing more than a rather silly side dish made up of flavorless flattery.

His attempts to woo one of the Bennet girls into marriage(in order to make up for "the crime of inheriting " their Longbourn home and yes, entails are bad)are so obviously self serving that it is hard to have any sympathy for the profound refusal given to him.

As odious as he is, Mr. Collins offers himself up as a good source of entertainment to sly folk like Mr. Bennet, who can't help but use the man's complete lack of self awareness against him, particularly when it comes to his adored patroness(who I shall not neglect here, I promise!):

LADY CATHERINE DE BOURGH: This most notable lady has an opinion about everyone and everything that comes across her path and not not shy about giving her advice(or rather, issuing orders) whether it has been asked for or not.

Being Darcy's aunt, it is understandable that she has some interest in his personal affairs but determining who is suitable for him as a wife is certainly beyond those boundaries.

Her insistence upon having a shave in all conversations only shows just how important she needs to make herself feel constantly but having any sympathy for such behavior becomes pointless when faced with her Ladyship's unyielding stubbornness. Having a laugh at it is the best way to cope with Lady Catherine there.

Naturally, her devoted subject Mr. Collins would think otherwise(poor Charlotte Lucas, having such an intrusive neighbor with so much influence upon her husband around, closet shelves not withstanding) yet Elizabeth refuses to buckle under the pressure placed upon her by such a determined diva, which is good for the both of them in the long run:

Lastly, I must give a shout out to Mrs. Bennet, a woman who couldn't embrace subtlety if it was thrust right into her open arms. She does have her defenders and to be fair, I do agree that securing good marriages for five daughters in such times and in those circumstances is difficult at best.

However, her purpose would be better served, along with her girls, if she took things down a very considerable notch. Mrs. Bennet's over the top antics and bold as a neon billboard hints about marrying for money undermine all of her matchmaking schemes. Then again, if Mr. Bennet can find her and those "poor nerves" of hers good enough company, so can we all: