The final five contestants on Top Chef Seattle set sail for Alaska,as their next set of challenges took place on a cruise ship taking them up there to finish the rest of this season.

Curtis Stone from Top Chef Masters was on board as guest judge for both the Quickfire and the Elim,the first one being to prepare a one bite dish using iceberg lettuce as the focal point.

A lot of the chefs seem to disdain iceberg lettuce and granted,it may not be the sexiest one in that leafy bunch but it certainly has a great crunch factor worth enjoying. Sheldon won this round with a Vietnamese pork wrap that included pickled pieces of the lettuce heart(nice going there,dude!). He received an advantage in the Elimination round,which turned out not to be so beneficial to his cause(more on that later).

The challenge was to "re imagine" surf and turf,to be served at a restaurant on board the ship that specializes in offbeat food and unique forms of presentation. Joshua chose scallops and pork,using both belly and bacon.

He intended to make a pasta with the scallops but that didn't pan out,so he turned them into a scrambled egg concoction that worked really well. The flavor profile pleased just about everyone and Josh's willingness to go out of his comfort zone earned him a top spot at Judges' Table.

The winner,however,was Brooke who had some doubts about the proteins she chose. Frog legs and mussels may seem to be a double dose of surf but she managed to bring an earthy zest to the legs.

It was served with a celery root and fennel puree that complimented the entree nicely. The only quibble was with the papadum chips,which were a little greasy. Other than that,it was a clear cut win and Brooke was awarded a trip to the Bahamas that no doubt her husband will really appreciate once this show is over with.

Lizzie went with suckling pig and scallops,using the pork as stuffing for cabbage leaves. The scallops were served with a mustard sour cream and the over all result was middle of the road.

The chefs had to work with electric stoves,which threw Lizzie off and caused her cabbage to be undercooked. The meat filling was tasty enough to let her go through,a real lucky break there,indeed.

Sheldon had first choice of proteins,thanks to his QF win,and no one else was allowed to use them for their dish. He seemed rather overwhelmed and uninspired,which could explain why he picked two of the standard go-tos for surf and turf,lobster and beef.

He made a lobster tempura that was cold and limp by the time it went to the tables. That landed him in the Bottom Two but the kimchi that went with his Korean BBQ beef saved him from packing his knives. I'm glad that Sheldon's still around and hope that he can keep his head in the game as they all head closer to the finish line.

Stefan was the one sent off to Last Chance Kitchen,for his braised pork belly with a rock hard crust. You could actually hear Judge Tom and a couple of others at the table trying to chew that crunchy top without breaking off a tooth,I swear!

Stefan insisted that pork with a crust like that was common in Europe and Curtis Stone did back him on that,but it was unpleasant to eat. I like a crispy crust on my roast meat,too but it can turn splintery on you. He also made an eel ravioli that buried the fishy flavor and not in a good way.

So he packed up and squared off against Kristen in LCK and despite their friendly flirty vibes,she beat him in the cook-off challenge. Stefan did take that extra loss well,being genuinely happy for her getting another shot at the competition. I hope to see her back with the TC pack before the finale very soon. 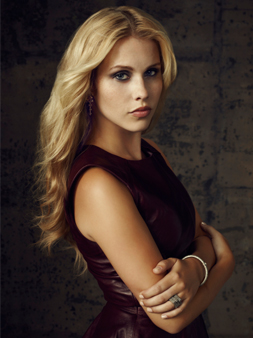 The race for the vampire cure is on in Mystic Falls tonight as The Vampire Diaries bring together a few of the remaining Originals to form teams for the hunt. Klaus is using Damon and Jeremy(whose Hunter's Mark needs more vamp kills to grow and form the map that leads to it)while Rebekah has a reluctant alliance with Stefan.

Since Stefan is still sore over Elena now insisting that her love for Damon is real and not a side effect of sire bonding,you can't blame him too much for switching sides there. Then again,both teams have to worry about Cole,who is the wild card in this deadly deck. Cole's determination not to release Silas might actually make him the most sensible sibling here,which is pretty scary if you think it about: 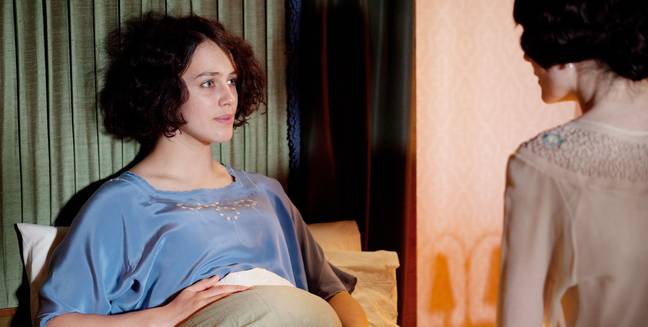 We've seen some tragic scenes on Downton Abbey before but the untimely death of Sybil after her difficult delivery of her baby daughter was a real heart breaker,folks. Why no one had the good sense to listen to Dr. Clarkson(their regular family physician)over that pompous idiot that Lord Grantham insisted on bringing in is beyond me.

The poor girl suffered needlessly and her passing touched everyone in the household. Even Thomas broke down and cried,which made it all the more sorrowful to witness. Sybil was a real sweetheart and her departure changes a great deal,including the future of her parent's marriage:

The resonance from this passing will be keenly felt for the rest of the season,particularly when it comes to the decisions about how the new baby will be raised. Personally,I think Lord Grantham should just shut the hell up and let Thomas do what he thinks is right,especially regarding the baby's baptism. Meanwhile,Mrs. Patmore is exactly right about the mismatched romances going on in the kitchen,she's better than Dear Abby on that point!:

RACHAEL VS. GUY: Johnny Weir's time on this show is done and while I'm sorry to see him go,I will still stay tuned to the end. Johnny was fun to watch here and hopefully,he'll do another series like this in the near future: