What's left in the pop culture grab bag this week? 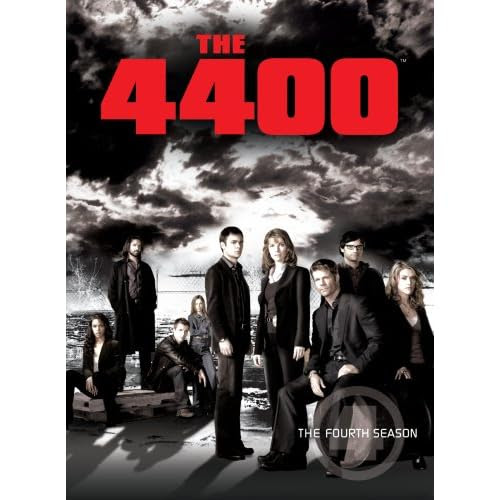 Since this is the end of the week and things are rather calm on the entertainment front for the moment(unless you count the release of Over Her Dead Body as a major event),I thought that the best way to send you out on your merry weekend way is with a few pop culture odds and ends.

First off,there's another "save the show" fan movement that's purchasing food items to persuade a network to change it's mind. This one is for USA's The 4400,a great show that's been one of my favorite Spring/Summer sci-fi series and deserves to be kept on the air. Folks are buying sunflower seeds(the preferred snack of pivotal character Dr. Kevin Burghoff)and shipping them to the execs at USA.

I hope that they are successful in their quest,especially since the season four finale set up some very intriguing possibilities for the characters to explore:

Matt Damon's mock feud with Jimmy Kimmel hit an amusing highpoint this week,when Kimmel's girlfriend Sarah Silverman decided to get in on the act. Sarah whipped up one of her charming musical numbers,which would go over well at the Oscars in my opinion:

Newsweek has a commentary in their online issue entitled "The Oscars Should Die",which is so not cool. While I do agree that the show needs to be way more spontaneous and could stand to lose some of the flab that stretches out the running time,to simply toss it aside would be robbing film fans around the world of their cinematic Super Bowl.

Yes,I miss the days when Cher could be counted on to show up in one of those wacky Bob Mackie gowns and Billy Crystal's "Oscar,Oscar" singalongs were not to be missed. We need some more of the wonderful weirdness of Hollywood to sparkle and shine,not to mention appreciating a good sense of humor that doesn't kiss up to the establishment.

Just look at a few of these clips and tell me that we have to do away with the Academy Awards-come on ,people!:

THIS IS NOT HER SWAN SONG

WHAT PAULA ABDUL DOES WHEN SHE'S NOT ON AMERICAN IDOL

WHY THIS DIDN'T WIN BEST SONG THAT YEAR IS BEYOND ME