As I mentioned the other day,the Pride and Prejudice book covers created by two of the competing artists on Work of Art this week was truly a let down and still hard to get out of my mind.

However,it turns out that many of my fellow Jane Austen fans have been making lists of their favorite P&P covers lately,which inspires me to make some lemonade after seeing such sour representations of Our Dear Jane. Here for your viewing pleasure are a few other off beat looks at Austen cover art: 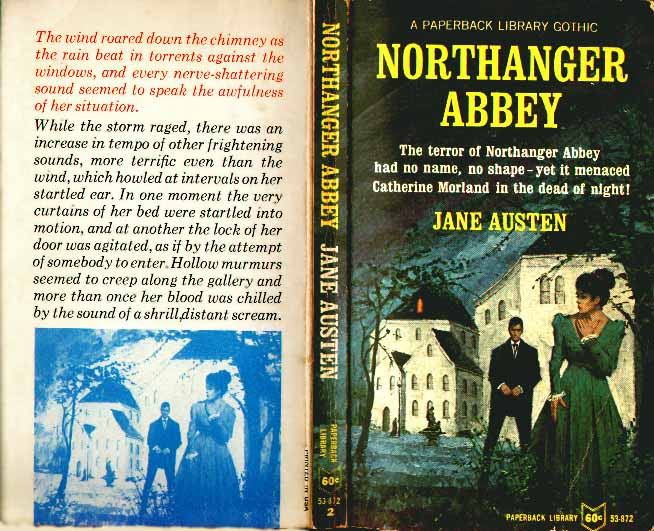 NORTHANGER ABBEY NOIR: This overly Gothic design for Austen's playful novel which satirizes the pulp fiction frenzy of it's day is on regular display at The Republic of Pemberley and it's a real find to be sure.

The blurb on the inside of this "genuine Paperback Library Gothic" is quite the howler,claiming that naive little Catherine is in danger of being "enmeshed by evil" from Henry Tilney and his house of horrors.

Clearly the PR people behind this edition never read the book or they would have known that all of the heroine's fears about unearthing the family secrets of her beloved turned out to be nothing more than overwrought figments of her imagination(as about as overwrought as the advertising blurb written here).

The scariest parts of the book have to do with dealing with terrors of mingling with seemingly good society and finding out that looks as well as manners can truly be deceiving there:

SENSE AND INSENSIBILITY: Tor Classics is notorious for turning out rather cheesy covers for great works and Austen's best known books were not spared from that dubious honor at all.

Take a gander at this one for Sense & Sensibility;not only are the Dashwood sisters clad in hideous matching shades of pink,they appear to be a couple of giddy gossip girls(the facial expression on the gal listening to whatever her sister is whispering in her ear is particularly dim-witted).

It is possible that the illustrator was confused and drew the scheming ditz Lucy Steele and her man hungry sister Anne instead or perhaps,wicked sister-in-law Fanny Dashwood had a hand in this. It would be just like her to make sure a less than flattering portrait of Eleanor and Marianne was in public view: 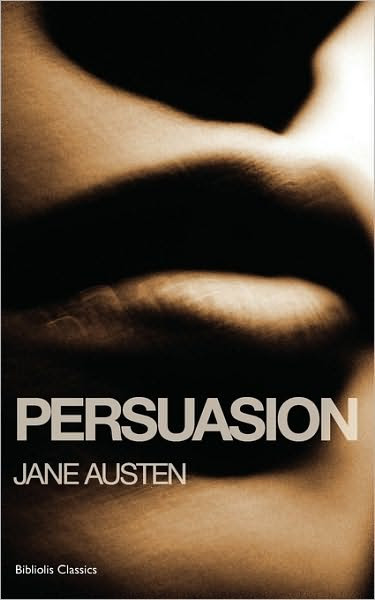 THOSE PERSUADING LIPS: Now,the cover art for this volume of Persuasion went a tad too literal with the book's theme of suffering the consequences of being talked into and out of crucial life decisions.

The dour sepia tone of that intense close-up of a mouth suggests a poster for a grim foreign film festival rather than the sweetly sincere story of love lost and regained that Persuasion truly is. It might have been an attempt to give the book a Very Serious appearance but that is as suitable as having poor Anne run a relay race all about the streets of Bath,which one recent film adaptation saw fit to do: 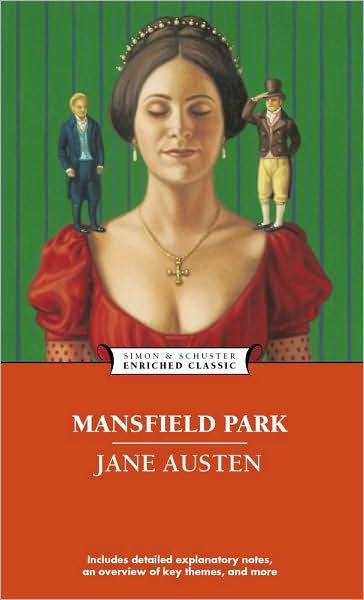 MANSFIELD MULTIPLES: Is just me or is this a creepy little cover here? It's bad enough that Fanny Price gets little respect as an Austen heroine without her being made to look like a demonically possessed puppet with two little men bookending her shoulders(not to mention that she's showing more cleavage than Fanny herself ever would,even at her coming out ball).

I suppose the guys on either side of her are supposed to be her guardian angel and tempting devil,aka Edmund and Henry. However,unlike most of the characters in the book,Fanny never waivers in her resolve to do the right thing when it counts.

Henry Crawford,on the other hand,wanted Fanny to be his Jimminy Cricket but she wisely refused that position. Too bad for Henry that he refused to make up his own mind about checking his bad behavior,might have spared him and everyone else some heartache there:

Oh,well,to look on the bright side,at least the power of Austen's work is still strong enough to warrant numerous re-printings,regardless of visual quality. It is what is inside that counts,both with people and books,however I suspect that even Jane herself would be chiming in with her own two cents about which cover looks best on her books and yet,would be somewhat amused by the repackaging of her little bits of ivory for each new generation:

This post made me giggle, ESPECIALLY in regards to the Mansfield Park cover (most of them are dreadful for that book).

I adore the Vintage Classics covers for all of the Austen novels though. The Persuasion one, with the glass bottle ship on the cover is lovely, as is that for Northanger Abbey.

Thanks for the link to The Bennet Sisters! I'll be back to read more.

You're welcome,Jennie and feel free to stop by anytime!