GOT's Battle of Blackwater,The Next Food Network Star gets Chopped and a compromising Mad Men situation 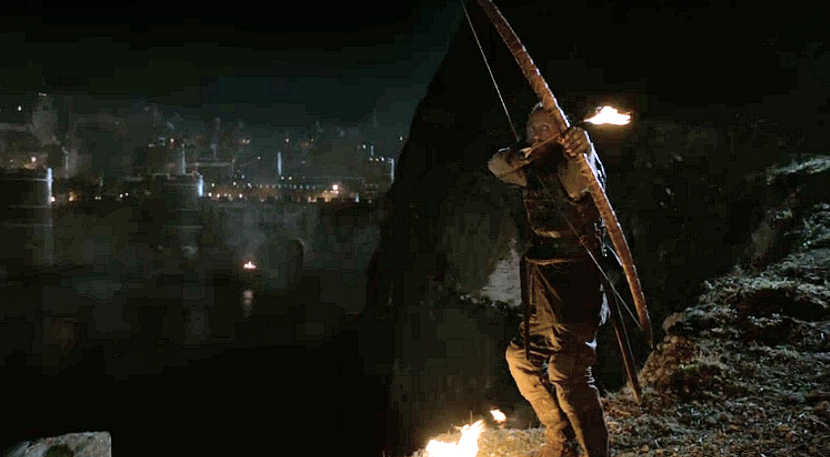 A major highlight of it's second season,Game of Thrones presented the Battle of Blackwater in all of it's glory as Tyrion and company prepared to fight off Stannis's army and naval forces as they reached the edge of King's Landing.

While Cersei was tucked away with the other ladies of the court(and coping with the threat of the siege by drinking copious amounts of wine and shocking Sansa with some of her less than encouraging thoughts),King Joffrey was on the battlements,watching his uncle's plan to smash the invading fleet unfold.

The first assault from the Lannister forces went off without a hitch,as the wildfire that Tyrion discovered some time ago was put to extremely good use. Not even Davos,the most experienced sea man amongst Stannis' men,was able to figure out what was up until it was far too late. Granted,I've read A Clash of Kings,so I knew what to expect,but this sequence was a stunning surprise,nonetheless: 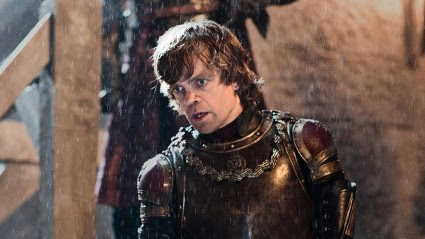 That massive display of fire power was not enough to deter Stannis,who took what men he had left ashore. With the city gates being pounded upon by the enemy, it soon fell to Tyrion to lead his forces outside via an underground tunnel on a map provided by Varys.

Morale amongst the troops was low after The Hound abandoned the fight due to his fear of fire overwhelming him and Joffery taking the first excuse from his mother to flee the scene. Tyrion had no choice but to take command and inspire the men with a rousing yet realistic appeal.

Tyrion may not be tall in stature,yet when he speaks,the man is truly majestic. It's such a shame that his family refuses to appreciate his good qualities and it is something that they will regret in the future. While Tywin does save the day with his fortuitous arrival,there would be no city around to preserve if it were not for the "half man" in charge:

The second season finale is this coming Sunday,and it's supposed to be an extra ten minutes long. Considering the number of story lines to settle and cliff hangers to set up for next time,that additional time is crucial. Dany's visit to the House of the Undying alone should be just as show stopping as the wildfire explosion,if not more so. Also,keep an eye on Arya,whose business with Jaquen is far from over:

The challenge this week for the folks on The Next Food Network Star was to play a round of Chopped,with three of the toughest judges on that show to cook for(Scott Conant,Alex Guaranaschelli and Marc Murphy)ready to add their two cents in.

Each team had a dessert basket featuring some form of Hershey product and a few wild card items(pineapple,panchetta and pop corn,for example)and instead of facing off on the other teams,they all had to compete against their own team mates.

That meant that every team had to send one person up for elimination and that came down to Josh from Team Giada,Nikki from Team Bobby and Martie on Team Alton. Martie's excessive talking nearly did her in,but her camera challenge saved her bacon,so to speak.

Nikki was spared by the same challenge,so Josh was sent packing. He wasn't much of a cook to begin with and his constant rock n' roll talk was getting tedious. Next week,the contending teams have to make stylish dishes for Fashion Week and hopefully make a tasty turn on the catwalk. Sounds like flavorful fun!: 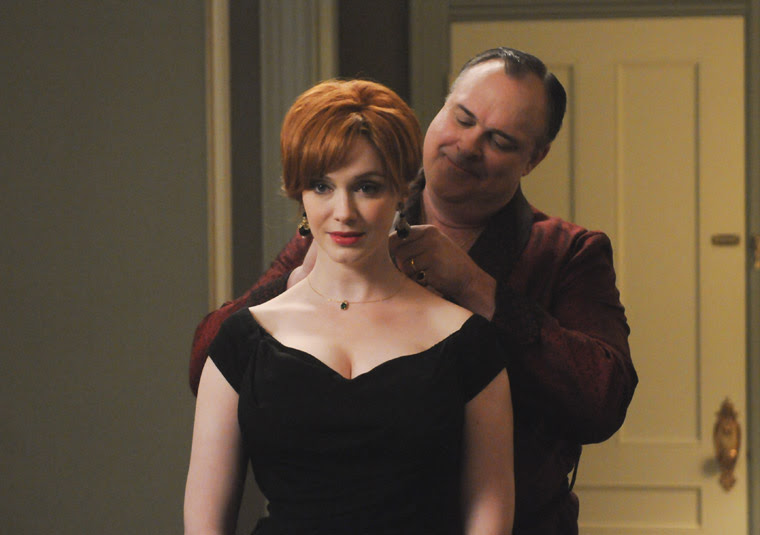 On Mad Men,Joan was out and out asked to sell her body to a Jaguar executive in order to help SCDP land that much needed car account. It wasn't totally surprising to see Pete pursue this,but it was sad to see most of the partners(except for Don)go along with this sleazy arrangement.

At least Joan was savvy enough to take Lane's advice and hold out for a partnership,even if he made that suggestion only to cover his rear on the embezzlement he recently made from the company.

*sigh* You might want to think that this whole plot line is very contrived but I have no doubt that things like this went on more than you would want to believe back then. Joan's pragmatic nature will pull her though this and those guys may be startled at just how much power they've given her now. 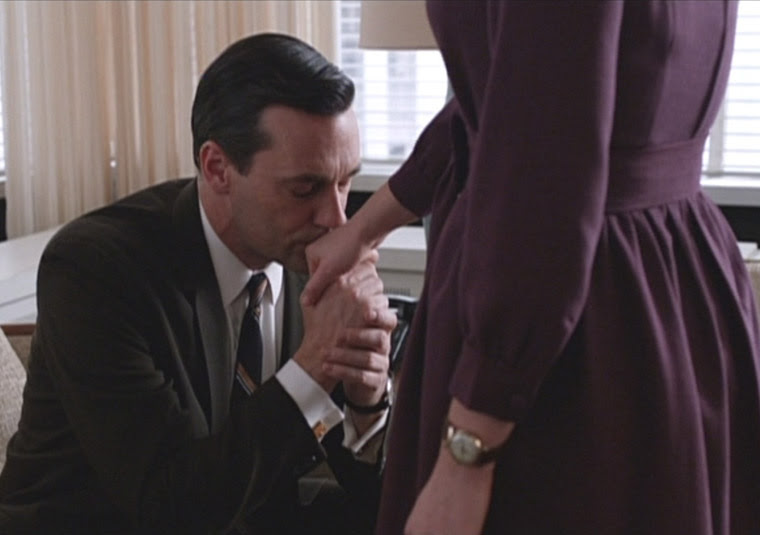 Speaking of power,Peggy has decided to make a move of her own and accept a better paying position elsewhere. Tired of being second guessed by her co-workers and occasionally bullied by Don,she gave her resignation to him in person,as the office was busy celebrating their latest victory.

Don wasn't too thrilled at this news,but in the end had to accept it. That exchange between them was intensely heartfelt,with Don going through the five stages of grief right before our eyes. Hopefully,this will not be the last we see of Peggy,who may have jumped ship at just the right time:

DESIGN STAR: The new season has already begun,with the designers tackling their regular first challenge of making over the house they're going to stay in. It's a little too soon to tell who will last but a good sign of longevity in this game is being able to work well with others. Some people have
passed that initial test nicely,while you can see trouble coming down the line for those with cranky "Do it my way!" attitudes. Play smart,not hard,folks!: