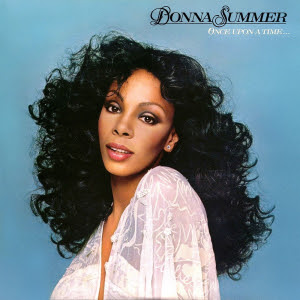 One of the darlings of disco has taken her final bow. Donna Summer passed away yesterday at the age of 63,due to cancer. As with many celebrity deaths,we all feel a little something there but Donna's departure saddens me deeply. I grew up in the era where her music was born and imagining the world without her is hard yet fortunately,the legacy of song that she has graced us with makes Donna Summer a true immortal.

To celebrate the beauty of her life,I have gathered up a few of her songs that reflect my personal feelings towards her and maybe some of yours as well. To start with,let's take a listen to" Mac Arthur Park",which has the most confusing lyrics on earth. It was written by Jimmy Webb and originally sung by Richard Harris(yes,the actor)back in the late sixties,which makes Donna's rendition a cover version. Yet,her wonderfully melodramatic tones made that crazy cake in the rain tune all hers: 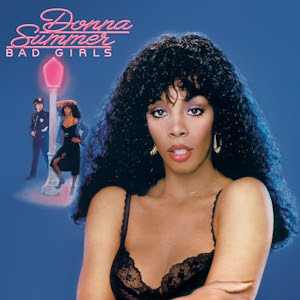 Early on in her career,Donna was known for her sexy numbers such as the infamous "Love to Love You,Baby" but she wanted to be known for more than just that.

Still,her flair for sensuality was blended with her taste for solid get-on-your-feet-and-dance songs that made the lusty bravado of the lyrics feel rather proper in their place. Two of her most popular tunes were "Bad Girls" and "Hot Stuff",that became back to back performances in concerts and
made a tasty tuneful treat for audiences of more than one generation: 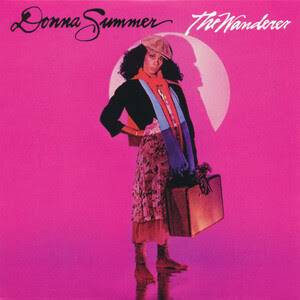 As disco faded out of fashion in the eighties,Donna attempted to make the switch into the newer styles of music with varying degrees of success. The title track from her 1980 album,The Wanderer,reached as high as number three on the Billboard charts and was received well enough but isn't as instantly recognizable to most of her fans,I suspect.

This song is a personal favorite of mine,for reasons I can't readily explain. It's noticeably different from her usual 70s songs,yet the song is distinctly Donna with a hint of mischief in her voice that gives it a pleasingly quirky air. Hey,maybe I did just explain why I like it!: 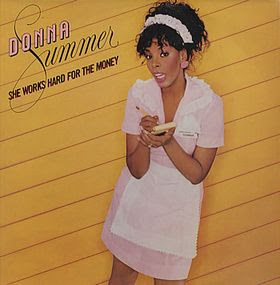 A song that did resonate strongly with the new wave of eighties music was "She Works Hard For The Money" in 1983. It topped a lot of charts and is still considered one of the best numbers performed live on the Grammy Awards.

This anthem to working women endeared Donna to those who were too busy to hit the clubs on the weekend and yet loved to have a better reason than cleaning up to move around. One of those ladies is my mother,who this song has become an all-time favorite.

I know that Mother's Day is past us now,however this ode to strong and steady females on more than one front should be the official theme song of that day:

To wrap this tribute up,the clear choice is "Last Dance" from the soundtrack of the quintessential disco movie,Thank God It's Friday which won an Oscar for Best Song,thanks to Donna. While the song writer was the one who actually took the award home,her gorgeous rendition of this song is what really earned that honor,in my opinion.

Condolences to the family and friends of Donna Summer, who will feel the loss of her more keenly than those of us in the audience. Speaking from the heart of that audience,we thank you dearly,Donna,for sharing all of your dances with us: