As some of you may know, I have been embarking on a Pride & Prejudice Bicentenary Challenge(started by Austenprose) and striving to achieve the rank of Darcy Disciple by reading/viewing P&P themed material for this blog.

While I did intend to end this challenge by reading another Linda Berdoll book( did my level best there but despite a marked improvement in the writing style,found it more of a task to keep turning pages), this weekend I was pleasantly diverted by the arrival of another Library Thing Early Reviewers selection, The Pursuit of Mary Bennet by Pamela Mingle.

In this novel,we are introduced to a quite different version of the well known and mostly ignored Bennet sister,although she does possess the same desire to be considered as studious and proper in her dealings with others. It is a few years after her elder sisters Jane and Lizzy(as well as her disreputable younger sibling Lydia) have left their Longbourn home,due to marriage which is a fate that our heroine feels is not her destiny.

While her mother is too quick to support that notion,Mary's resignation on that point is upended when a heavily pregnant Lydia arrives and announces that she is leaving her wayward husband Wickam for good. Due to the potential scandal brewing from this corner, Mary and her second younger sister Kitty are sent off to visit Jane at her husband's estate in High Tor, a most welcome change of scene indeed: 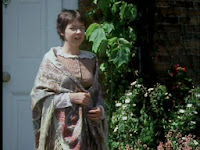 At High Tor, Mary continues her budding friendship with Henry Walsh,a well to do companion of brother-in-law Bingley who also happens to be a rather eligible bachelor. He seems to appreciate her fine mind and taste for music,not to mention being handsome and charming to boot.

Soon enough,she and Kitty become rivals for his attention with Mary firmly believing that the odds are more in favor of her sister's success. After all, her lack of flash and bookish ways have been a source of cruel amusement to some of her siblings(with other family members simply dismissing her altogether),which doesn't make a strong foundation for confidence building.

However, due to her father's taking more interest in her extensive reading and Mary's natural inclination towards sensible thinking, her social skills have improved quite a bit. Despite that, she still has a few awkward moments in public every now and then,especially at parties:

She does get encouragement from Jane in that regard and even tries to make herself a bit more fashionable in appearance,particular when Henry asks her for the first two dances at an upcoming ball.

Sadly, Mary does not get her turn on the dance floor with him and then later, receives a proposal from Henry,along with a secret ,that seriously has her questioning his motives for courting her in the first place. Hurt and angry at herself for leaving the miserable comfort zone she has always resided in, Mary heads for home in order to hide her heartbreak:

Back at Longbourn,things are in uproar as Lydia's baby is born and the new mother is hardily inclined to play an active role in child care. In addition, more shameful details about her situation with Wickam are on the brink of coming to light. Even with concerted efforts made by Mr. Darcy and other outside interests, Lydia's marital mess threatens to extend beyond the family circle.

While Mary does what she can to help the family, she also discovers her true value as a person and that she is more capable of loving and being loved in return that she ever knew before. Armed with this new self knowledge, Mary must be brave enough to listen to her heart in order to achieve the life she truly wants and deserves: 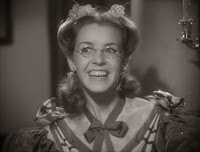 While this book is Pamela Mingle's first adult novel(her previous novel,Kissing Shakespeare,is a YA title), her prose comes across as the work of a seasoned pro.

She has a lively hand in capturing the Austen energy from the original source material while adding her own creative twist and turns in highlighting a supporting character that pays real respect and honor to Austen's first incarnation of her.

There have been other attempts to put Mary Bennet forward in literature and since I have not read those books, I won't comment on them other than to say that The Pursuit of Mary Bennet gives an excellent first impression of what such a story can and should be. I do hope that Pamela Mingle's delightful debut will lead to many more wonderful novels from her to grace many a Jane Austen admirer's bookshelf in the years to come.

Now that my Darcy Disciple days are done, I am looking forward to other Jane Austen pursuits of my own,including the publication of my 2014 ebook,Fanny Price,Slayer of Vampires,in time for the 200th anniversary of Mansfield Park. Meanwhile,thanks are due to Laurel Ann Nattress for holding this engaging P&P Challenge this year and making this dance with Pride and Prejudice a worthy event to attend ,no matter which Darcy you prefer:

So glad you enjoyed this so much. It was one of my favorites this year. As the P&P bicentenary year comes to a close, I look forward to a year of MP. Thanks again for your participation.