The Year of Freddy Fear awakens to a New Nightmare

Welcome back to another installment of The Year of Freddy Fear, where we look at the Nightmare on Elm series,along with other horror films starring Robert Englund. For Halloween, I think this next entry should be quite the meta monster show as creator Wes Craven returned in 1994 to make his final statement on the whole franchise.

Wes Craven's New Nightmare takes place ten years after the first NOES film and focuses on the real life people who made the movie, particularly actress Heather Langenkamp who played Nancy, the first heroine of the series.

She,along with Robert Englund,studio head Robert Shaye and Wes Craven himself, play fictionalized versions of themselves who are promoting the tenth anniversary of the original film. There's also talk of making a new Freddy film but Heather is not up for that.

Some of that reluctance on her part is due to a stalker that leaves her strange messages and creepy phone calls. She also has a strong yet undefined sense of unease, not helped by the frequent aftershocks of an earthquake(which happened during the filming and was incorporated into the story line) going on every other minute. Things get even scarier for Heather when her nightmares start coming true, such as the demise of her husband Chase, an F/X artist who was working on a new version of Freddy's glove.

Turns out that Wes is writing a new script that is chronicling everything that's happening to them all as an ancient spirit of evil has latched onto Freddy's persona and with no more movies being made, decides to break into the real world. In order to do that, he has to get by the guardian of the gate who is, of course, Nancy and this Freddy is no gruesome goofball as seen in the last couple of Elm Street films. This incarnation is a more vicious opponent than any one on or off screen has  dealt with before:

To protect not only herself but her young son Dylan(Miko Hughes, who many horror fans will recall was the resurrected kid in Pet Cemetary), Heather must take on the Nancy mantle in order to stop this Freddy once and for all.

There are numerous throwbacks to the original NOES(including the "screw your hall pass!" line) as well as allusions to some of the other films, such as Freddy's glove being an organic part of his hand(Nightmare 2), having medical authorities try to control you for your "own good"(Nightmare 3) and the need to save a child from the dangers of the dream world (Nightmare 5). These mentions are done subtly and might not be picked up on by newcomers but they are well placed here.

A big scene that even newbies could recognize right off the bat is a grisly replay of the infamous Tina death, with sympathetic babysitter Julie being ripped around a hospital room as a terrified Dylan watches  in despair. It's the first major scene where we get a real good look at this  particular rendition of Freddy and he is one nasty character,folks: 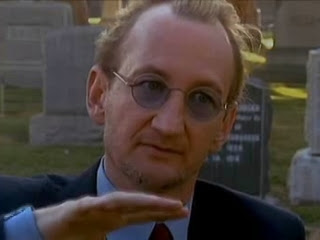 Robert Englund does get to play himself at times, which is a nice bonus as he appears to be a likable guy happy to camp up as Freddy for the fans.  However, during a phone conversation or two with Heather, it becomes clear that he is also being haunted by Freddy dreams and is expressing those night terrors through painting.

It would have been interesting to see Englund actually being menaced by a darker version of his renowned movie monster but it makes sense,thematically, to have Heather put in the center of the story. After all, you could see the NOES movies as a wicked twist on the Beauty and the Beast myth and it's the girl that's meant to take down the Big Bad in the end there. 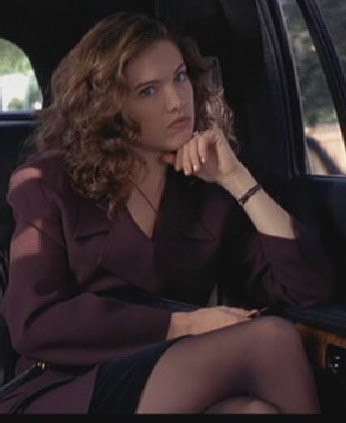 This was a movie that mainly the critics loved(most of them,anyway) for the meta story telling and creativity on display. It's the lowest grossing film in the franchise and pretty much overlooked by the fans, which is a real shame.

New Nightmare shows that there is more to this genre that screams and gore, not to mention that Heather Langenkamp gives one hell of a performance. As she slowly becomes Nancy yet stays true to herself, Heather shines and reminds us of that unassuming girl next door we first met all those years ago. Only this time, her maturity becomes a crucial element in approaching this malevolent battlefield yet again.

Perhaps it was a bit before it's time there but Wes Craven's New Nightmare is definitely worth a viewing ,especially by it's intended audience: 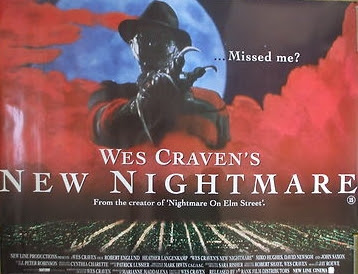 Tune in next time, when we check out Robert Englund down South in 2001 Maniacs, and in the mean while, do have a horrifying Halloween with New Nightmare.

During my research for Freddy's Dead, I heard director Rachel Talahay on video saying that she and the crew were, in a sense ,having their own final say on the NOES movies and when it comes to New Nightmare, it was right and fitting of Wes Craven to present his own farewell to Freddy and friends(as for the fans, we'll see that sinister salute by the end of this year, I promise) to us all:

Great write-up! I have seen the NoES movies like 6+ times each, but I never made the connection to films 3 & 5, so good on you for catching that!

This is my 2nd or 3rd favorite Nightmare film. Aside from the fact that this one was well-shot and had good actors, the ideas are really wonderful. In addition to bringing the real faces behind the film into the action, the concept of art being used to "trap" evil is brilliant.

Sure, you see shades of that in Dorian Gray and some other stories, but New Nightmare makes it seem like it's practically a responsibility of artists to combat evil. Better still, the way they combat it is by "creating" evil characters.

So it's a chicken and the egg scenario, where humans create evil myths that then become real, and must stay in the public's memory in order to be contained. These are very nifty and heady ideas, and they play nicely off the mundane cheapness of Wes trying to sell Heather on his script, stay at home mother Heather getting glammed up to meet the press, or Englund showing up at Heather's interview.

I love that Freddy is back to being a scary MF, I love the new (& not teen-centric!) angle of this story, and I love all the times people say to Heather "like in your movies?"

I provided my own MST3k-style commentary when I watched this for a second time in college, and my friends thought I was hysterical. Still, I wasn't mocking a bad film,ist one that afforded lots of chances for meta-humor.