It's been a recent trend for literary novels to explore the relationships between writers and their wives and while folks like Fitzgerald and Hemingway have been making the most out of their time in this particular spotlight, we have at last a fresh face to focus on in this arena.

Erika Robuck's The House of Hawthorne showcases the romance of Nathaniel Hawthone and Sophia Peabody, whose artistic talents were waylaid by her constant bouts of ill health. She narrates the story,starting with a trip to Cuba with her sister Mary in hopes of recovering from her latest round of crippling headaches.

While Sophia is distressed by the casual attitude towards slavery being practiced by her hosts, she also discovers the joys of nature all around her. A brief flirtation with a local man reveals to her that despite her family's intention of Sophia not marrying in order to pursue her painting,  romantic love is something that she was meant for:

Upon returning home, Sophia is not actively seeking her soul mate yet finds herself drawn most unexpectedly to one of her sister Elizabeth's many artist acquaintances. At first, Nathaniel is shy and silent, visiting the Peabody home only in the company of his mother and sisters.

However, upon reading her account of her time in Cuba, he feels more open to her and that she is a creative spirit very much in tune with his own. Their courtship is brief but their engagement is long, due to Hawthorne's desire to be more financially settled before they marry. As patient as Sophia tries to be, the letters between them are almost not enough to satisfy her deep longing to be with him : 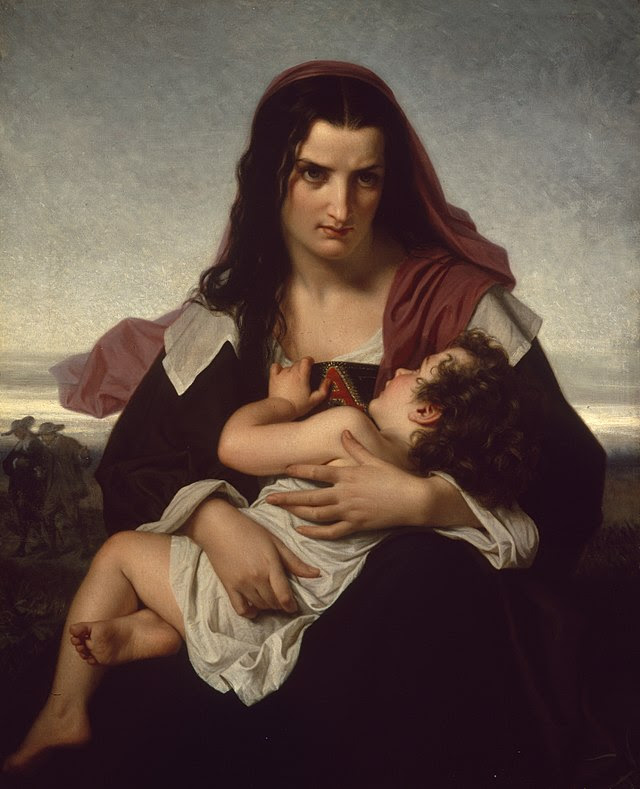 Eventually, Sophia and Nathaniel do wed and while their households do change over the years, their devotion to one another never does.

Challenges do arise,with concerns for their children, Nathaniel's need for solitude at times yet the need to keep social connections alive and well, not to mention the winds of war that hover over the horizon of the country. Yet, the two of them manage to stay above the fray as much as possible.

Over the course of time, Sophia puts her art aside mainly to keep their home life running smoothly. While she does long to embrace her drawing and sculpting skills again, she does take consolation in that Nathaniel's writings have at long last made him well respected and known. From his short stories to novels like The Scarlet Letter, Hawthorne's mark is made upon literature with the love and support of his wife as an essential aid to his talents:

This is the first time that I've read Erika Robuck and her writing style is well suited to portraying the intense love between the main characters.

While slow at some points, the pacing is steady and the passionate feelings that Sophia and Nathaniel share practically pours off the page. I don't mean that in a bodice ripping way; this is a depiction of true old fashioned love in the best sense of the term.

Also, it's a good introduction to the life and times of Nathaniel Hawthorne(an author I've always liked) as well as Sophia Peabody, whose paintings and other writings are still with us today.  Hawthorne does tend to get overlooked quite a bit in the American Lit canon, so this novel could be a nice way of inspiring a little more interest into his body of work.

The House of Hawthorne is now available at a bookseller near you and I am very pleased at being able to contribute my two cents for this book's blog tour . I'm sure some folks will be eying this title for Mother's Day(and it would make a good gift for moms into classic lit) but this heartfelt love story is a lovely read for any time of the year: