Gotham wraps things up,Marvel's Agents of S.H.I.E.L.D. prepare for the Inhumans and the righteous fury of Mad Men's ladies 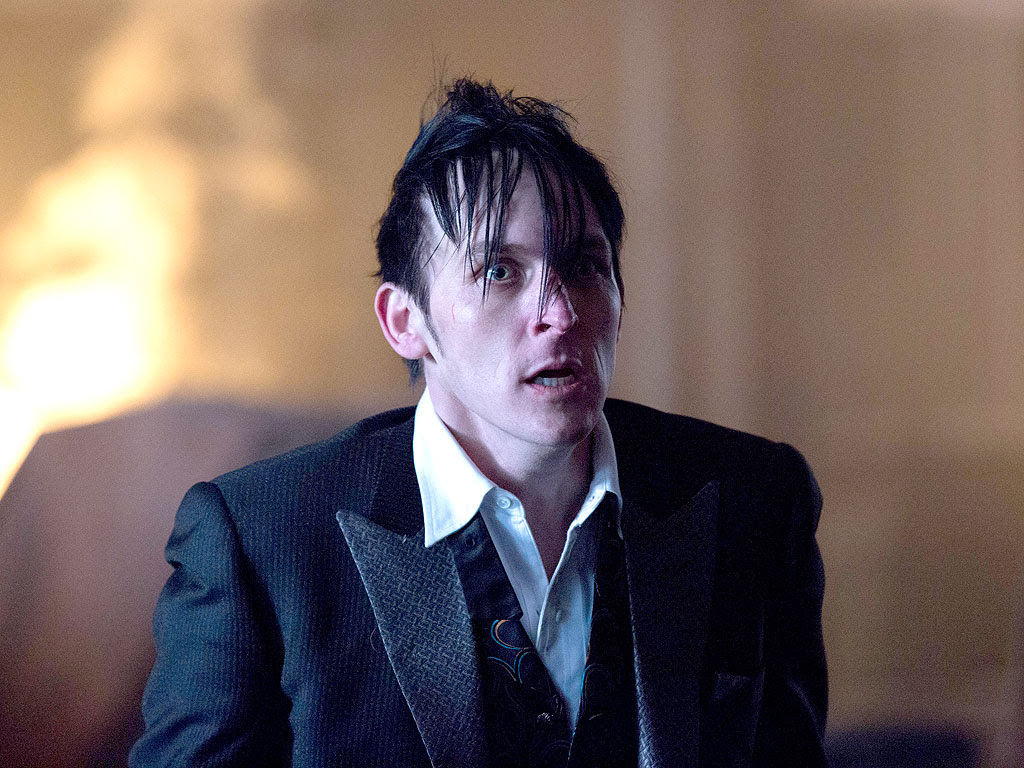 The first season of Gotham reached it's conclusion this week and while it left a number of interesting possibilities open for another season(and yes, there will be one), there was also a lack of strong surprises.

For example, Fish Mooney's demise wasn't a shocker, given that Jada Pinkett Smith already told the media that her time on the show was a one and done deal. Not to mention that a showdown between Fish and Penguin was being built up for the entire season but I do wish that the fight had been a little more suspenseful.

I do like that Fish took out Maroni(nice move there, I was sick of him calling her "babes" as much as she was) and with Falcone deciding to skip town, the path to power for Oswald Cobblepot has been well cleared.

Hopefully, his rise to the top of the criminal kingdom will showcase his true talents(and maybe let some bygones go by and hire Selena,who picked up a few fashion tips and intimidation tactics from Fish during their brief time together). Meanwhile, I am wondering about a certain subplot, that little "therapy" session between Barbara Kean and Leslie Thompkins.

A  little while into their chat, Barbara revealed that it was she who killed her parents, not the Ogre(who I'm sure was happy to watch) as everyone believed. Then, she started getting knife-happy, due to her jealousy over Leslie and Gordon, leading to a drag down, knock down fight.

Now, since I and other Batman fans know that Leslie is a key player in the future adventures of a certain Dark Knight, her demise would be unlikely here. For those who don't know, this dark side of Barbara has been hinted at ever so slightly during the whole season, so her flipping out now feels a tad rushed to say the least.

Also, I have to ask; is this leading to a new arch for Barbara next season or simply a way to tuck her into Arkham and forget about her? Hard to say but I hope the answer is yes for the former part of my query and not the latter:

Despite the chaotic plotting and underdeveloped characters, I do have some hope for Gotham. In between the clutter, there are some good performances and set-ups for future foes such as the Joker and Two Face, so I am willing to make a return trip when season two comes around.

It's a shame that the folks running The Flash and Arrow on the CW aren't involved here, as they seem to have a much better handle on making a comic book come to life on the small screen. However, with the character chessboard now cleared of excessive playing pieces, Gotham's true merits might be seen at last:

Meanwhile, Skye is definitely caught in the middle of Marvel's Agents of S.H.I.E.L.D and the Inhumans, whose presence is now known to Coulson and company.

Having Gonzales take the lead on speaking with Jiang was a fatal mistake, as she dropped one of those Terregen crystals on him and then faked a shooting in order to justify leading her people into a fight with the forces of SHIELD.

I can't blame her,really, considering the whole "index" thing-how is that different from Hydra's approach, I may ask? Sure, Shield wouldn't necessarily try to turn the Inhumans into lab rats but it's obvious that they're not seen as possible allies either. However, that doesn't make Jiang's actions completely in the right here. The finale is next week(and a two hour deal at that), so we should see one hell of a fight and if Coulson and May want to win, they need to listen to Skye on a few points:

As the last episodes of Mad Men unwind, the fate of many of the core characters is still up in the air. However, Joan's last stand appears to have already been made.

She's had to put up with a lot of sexism over the years but this merge into McCann Erickson was the sleazy straw that broke her back. Those guys didn't even bother to tone down their attitudes towards her, a broad hint of things to come being an early meeting with the McCann's people who spent most of that time out and out leering at Joan.

She did have an idea that this move would be rough but thought she was able to handle what ever was about to get in her way. From the openly sneering account man who snapped "Excuse me but who said you have the right to be annoyed?" to the supervisor expecting a quid pro quo in the bedroom right to the head of the agency who offered her less money than she deserved to leave, Joan has had enough and yet not enough.

This departure is sadly realistic,not just for those times, and while Joan has not always been a likable person, she sure as hell deserved way better than what she got. At least, she went down fighting: 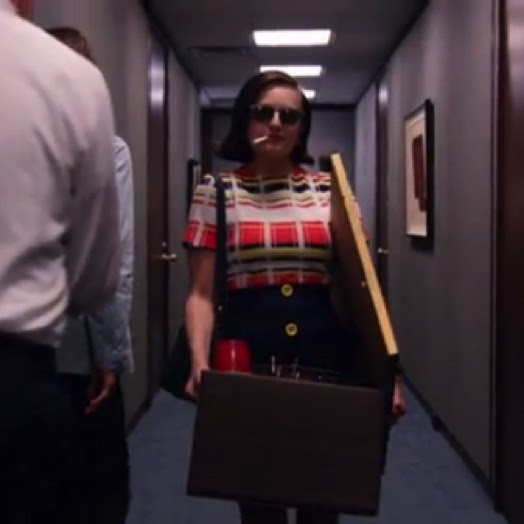 Peggy is also having her fair share of trouble moving to McCann, as it took forever and a day just to get an office ready for her. Kudos to her for not going over there until one was somewhat set up.

However, she does have a better shot at making things work out for her than Joan did. For one, she's more used to dealing with men on her own terms and what lingering doubts she still had were cleared up by Roger(loved that he gave her Cooper's crazy tentacle painting!).

Peggy's power walk into McCann Erickson is going to become a classic moment in Mad Men history and by the last episode of this last season, I want to see her do a real victory dance for all of the real life working gals she represents-make it so, Matthew Weiner!:

GAME OF THRONES: Dorne is a major setting for this season but how well Jaime will do there in his quest to find his daughter/niece is a little uncertain. Lots of changes are being made from the books,including condensing of story lines, so I'm not sure if things will veer off into a whole new direction. I am glad to see the Sand Snakes at last, so that's something to enjoy at least: