Some last minute literary recommendations for your holiday shopping list

With both Christmas and Hanukkah coming down the home holiday stretch this upcoming weekend, the rush to get all of your present buying done is even more hectic than ever.

One way to make those perfect purchases conveniently  in one stop is at your local bookstore. After all, books are gifts that keep on giving through out the year and as a humble suggestion, I have a trio of titles that might allow you to check off a few boxes on your shopping list for the season:

FOR THE GILMORE GIRLS FAN: They're thrilled about the Netflix revival and have all of the seasons(even the debatable seventh one), not to mention just about every T-shirt,coffee cup and item that has a Stars Hollow sticker on it.  Sounds hard to shop for, but Louise Miller's debut novel, The City Baker's Guide to Country Living, should suit them well.

The leading lady of this story is Olivia Rawlings, a Boston pasty chef who has to leave her post at a exclusive dinner club when her latest dessert sets the place on fire. Her plans to start over begin in the town of Gutherie,VT, where her good friend Hannah lets Olivia know about an opening at the Sugar Maple inn, run by the gruff and ever sweater wearing Margaret Hurley.

Olivia and her dog Salty soon settle into their new home and job, which has a kitchen that's far from ideal but the new friends and surroundings soon make up for that.

Along the way, She soon learns that Margaret is determined to recapture the blue ribbon glory that the Sugar Maple apple pies have held for years(there's an entire room in the inn covered in awards to prove it) yet has lost out on recently.

In addition, Olivia befriends a local family with a rather handsome yet slightly mysterious musician son named Martin. Her luck with love has never run smooth but perhaps this time, Olivia can win the blue ribbon for romance as well as pie.

I've been listening to this book on audio( narrator Jorjeana Marie has a lovely voice) and the language here has a tart sweetness that makes you want another bite of this story telling treat. It's as if Sookie St. James from GG had her own special series or a Waitress style musical dedicated to her:

FOR THE BUDDING CARTOONIST: This person may have a burning desire to be the next big artist for DC or Marvel yet also might want to create the new Charlie Brown or Calvin & Hobbes for this generation.

In order to do the latter, a good place to start would be the work of George Herriman, who influenced the likes of Charles Schultz and Bill Watterson with his groundbreaking Krazy Kat comics. The strip ran from 1913 to 1944 and is considered one of the most outstanding works of pop art.

Michael Tisserand's new biography of Herriman, Krazy, is subtitled "A Life in Black and White", which refers to more than the paper and ink that gave Krazy Kat life. Herriman was born into a Louisianian Creole family but upon moving to Los Angeles, was able to reinvent him as white in order to blend in and be able to work in an industry that would not have opened their doors to him. 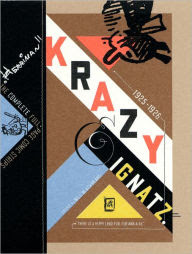 Tisserand explores the connection between Herriman's life and art, which allowed him to make social commentaries about race and class in a subtle fashion for many of his readers.

A full panoramic view is given of Herriman's world, including insights into the publishing realm of Hearst's newspapers, the cultural differences between L.A. and New York(where he worked for a brief time) and the toll that keeping his true racial identity a secret took on him.

The book is beautifully designed as well, with a number of Krazy Kat cartoons included in the chapters. However, I would recommend adding a collection of Krazy Kat comics to this brilliant new biography as the ideal gift set for those looking for real pen and ink inspiration:

FOR THE OLD FASHIONED MOVIE LOVER: If you know someone who loves to say "They don't make them like they use to" when film talk comes up and can quote The Godfather or The Untouchables on command, Dennis Lehane's Live By Night might be their perfect popcorn page turner.

The story chronicles the rise and fall of Joe Coughlin, the son of a corrupt Boston cop who makes his own bootlegging empire in Tampa during the Prohibition era. Joe may be a cool customer in business but his innate loyalties find him caught in more than one crossfire between warring rivals, along with affairs of the heart.

Lehane's smooth style and emotional depth makes this more than your average gangster tale and now that the novel has been adapted for film,with Ben Affleck as the star and director, this sounds like a good book to read while waiting for your movie tickets there:


Well, I hope this helps a few of you out as you head out to do that last bout of shopping before the big day arrives. At the very least, this little list might prevent you from launching into a Luke Danes type of rant about all the trouble gift buying can be, which is a bonus gift to yourself: