Ringing in a New Year of reading for early 2019 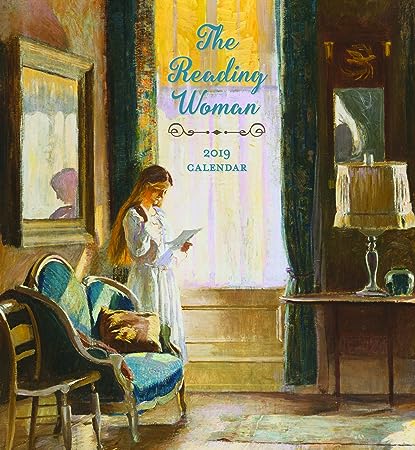 The end of 2018 is fast approaching and while there's plenty to look back on(for both good and ill), the time to focus on what lies ahead is here and now.

Out of the numerous pop culture arrivals many are eager to check out in 2019(including seeing which of the theories about Jordan Peele's upcoming horror movie Us will be correct!), books are definitely in the forefront,especially if you have a gift card or two to spend.

This set of new releases due on bookshelves near you for January and February are a mix of fiction, from magical history to murder mystery and emotional affairs of the heart. Hopefully, one or more of these literary delights will be a welcome sight for readers ready for a new read in the new year:

SISTERS IN SORCERY AND SLAYAGE:

The Witches of St. Petersburg: Author Imogen Edward-Jones highlights a lesser known pair of historical figures in this novel set in Czarist Russia and endows them with magical abilities that go further than they expected.

Sisters Militza and Anastasia,aka Stana, managed to marry well as princesses of Montenegro but are snubbed by upper class Russian society due to the humble origins of their home country.

However, when Militza takes a prime opportunity to move up the regal social ladder by connecting herself with new czarina Alexandra, she does not neglect to bring her sister along for the climb.

Aided by their combined talents in dark magic,  Stana and Militza are easily able to make themselves powerful players in the court of Nicholas II. Yet, when a royal heir is in need of medical care, the sisters cast a spell to find a powerful healer which summons Rasputin, a man who proves to be more trouble than he's worth. Ridding themselves of him tests the limits of their skills and may prove to be the undoing of everything they've ever wanted.

Edward-Jones did a good amount of solid research into the real life  members of the Russian court to enhance her creative vision of magic and ambition that ought to make readers wonder the what ifs of that time very well(January):

Slayer: In this YA tale from Kiersten White, the world of Buffy the Vampire Slayer is expanded on by the discovery of a new Chosen One, she alone who can fight vampires and go against the forces of darkness(yes, I am a fan if you didn't already know).

Starting from the time after the seventh season of BTVS as well as an event in the Buffy comics that lead to the wiping out of magic, the last of the Slayer line is to be found among the last of the Watchers, those who protected the world from mystical enemies.

Nina and her twin sister Artemis were happy in their training as the next generation of Watchers but when Nina realized that she was tapped to be the Slayer as well, her choices in life become more important than ever before. Magic may have died but that doesn't mean all threats from that realm are gone for good.

Having enjoyed White's take on the Frankenstein legend(The Dark Descent of Elizabeth Frankenstein), I am thrilled to see what she does with vampires and their slayers in the hopes that a whole new audience will be happily introduced into this fandom fold(January):


LIFE AND LOVE ONLINE AND OFF:

When You Read This: The leading lady of this Mary Adkins novel is Iris, a dying woman who writes a moving blog about her end of life experiences. She does this with the help of Smith, her boss at the small PR firm they had hoped to launch to great heights.

Instead, their dark sense of humor about the blog only serves to bind them together, making it hard for Smith to follow up on Iris' last wishes by using the printout of the blog content to publish a book. He decides to consult her sister Jade about the matter but Jade is less than thrilled with the whole idea.

Smith and Jade do wind up talking about Iris, who they both miss terribly, and soon discover much in common,including the need to find a way to deal with their mutual loss and find joy in life again. A blend of humor, heart and pathos told in modern day epistolary form, Adkins is giving us a smart yet sentimental shoulder to laugh and cry on(February):

Big Little Love: In this mother and son tale, author Katy Regan first introduces us to Zac, whose biggest wish for his eleventh birthday is for his long since gone father Liam to show up to his party.

Zac's unhappiness is made worse by the constant bullying from his fishing village school mates, causing his mother Juliet to recognize a similar sadness in her self. By trying to improve both of their lives, she hopes to avoid dealing with some of the real truths about why Liam left in the first place.

However, Zac is bound and determined to find his father and with the help of his buddy Teagan, not only finds a few clues about the location of Liam but a look into the past that could change his views about his mother as well as his maternal grandparents for good.

Such a story promises to go down a certain road but Regan offers a new fork in that fictional path that proves to be worth taking(February).

The Suspect: Best selling author Fiona Barton brings us another thriller with  reporter Kate Walsh on the case. This time around, she's looking into the disappearance of an eighteen year old girl named Alexandra in Thailand.

While the police seem to feel that Alexandra and the friend she was traveling with are simply being neglectful in updating their families about their current location, Kate has a more personal stake in feeling that there is something more sinister about this vanishing act.

As she recruits a few journalist companions to accompany her to Thailand, Kate soon learns that there is more than meets the eye here and it's quite a rabbit hole that she goes down in search of the truth. Barton is a rather intense storyteller and those seeking such a twisty tale will be well rewarded indeed(January).

Chocolate Cream Pie Murder: In Joanne Fluke's latest Hannah Swenson mystery, our leading lady is hoping that a TV special highlighting her beloved bakery The Cookie Jar will take the spotlight off of her personal woes.

Alas, things wind up going from batter to worse(sorry, couldn't resist the opportunity for a pun!) and Hannah seeks shelter at her mother's penthouse apartment with an old friend at hand, looking to solve yet another murder that fell into her lap at the least opportune time.

It's no secret that I've become a fan of this cozy culinary series yet I'm a long ways away from this deliciously titled entry. However, if you are wondering why books like this have such a sweet following, the answer is this: in a world of turmoil and what seems to be unending chaos, visiting someone like Hannah and sampling a few of her fictional wares is such a well earned relief. It's good to know that even murder can be made as sensible as a recipe for a good comforting pie(February):

Do have a Happy New Year and I will try to check in with you all before that clock strikes midnight next week(I do have a readathon starting on January 1st to talk about, after all!). Until then, keep a few good thoughts and a few good books on hand as we head into 2019 and a much better beyond :