GOT goes to the bargaining table,a close call for a TAR team and more Vampire Diaries hijinks

Haggling was the name of the game on the last episode of Game of Thrones,starting with the Battling Baratheon brothers. Renly and Stannis meet in the field,with Lady Stark present,to discuss joining forces.

While it would benefit both sides to work together,the main bone of contention is who would be the one to wear the crown. Stannis is as stubborn as all get out that he should be in charge and Renly just loves sniping at his big brother.

Too bad Lady Stark isn't in charge here,as her notion of making these two get along might actually be beneficial to the proceedings.

Unfortunately,the only influential female in this mix is Melisandre,the Red Woman who persists in promoting Stannis as the Lord of Light's chosen one.

Her methods of persuasion,however,are going to prove to be rather deadly(no spoilers,I swear!). Let's just say that her interest in giving Stannis a son isn't as motherly as you might think it is and that the consequences of her powers are scarier than you might imagine:

Meanwhile,Dany and friends have reached the city of Qarth in hopes of being granted refuge from the desert. The Thirteen,the folks who run Qarth, did promise to recieve them but were quick to demand a look at the dragons first to see if they were real.

Dany took offense at their high handed attitude and showed some Targaryen flair in gaining entrance to the city. That impressed at least one member of the Thirteen,who took personal responsibility for Dany and her people. While she has a foot in the door,Dany should not get too overwhelmed by the beauty of Qarth or she may find herself outside the gates yet again: 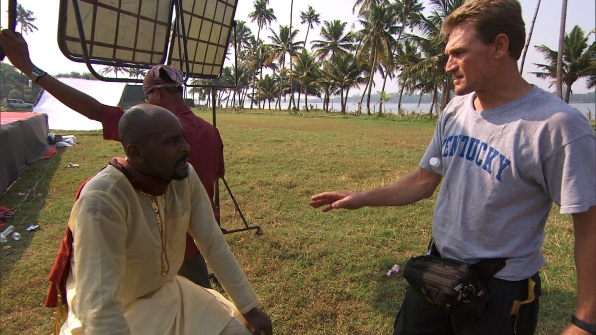 On The Amazing Race,the first Road Block that the teams faced in India was particularly challenging to one pair,Team Kentucky. One team member had to learn a Bollywood dance routine and perform with a troupe in front of a local film director.

Since Bopper has been having trouble with his knees,Mark had to step up to the plate but the combination of heat and motion sickness(which he experienced on the bus heading over to the task),the poor guy went through more than a dozen attempts to get the dance done right.

Not too long into this ordeal,Bopper begged his friend to quit and just take the penalty at the Pit Stop. Mark wouldn't do it,worried about winning the money for his family. After a decent rest break,he did finally complete the challenge and thankfully,this was a non elimination leg. I really hope these guys make it all the way to the end,they truly deserve to: 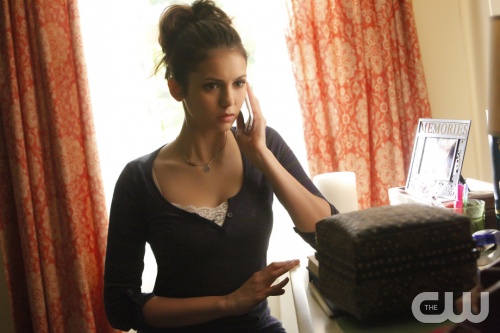 The gang on The Vampire Diaries have a 1920s theme dance to distract them from their usual woes,but they need to keep on their toes as a secret alliance has been made under their noses.

It's also under the radar of their enemies,as Alaric's other personality has made a pact with Esther,the mother of the Originals.

Seems that Esther used her remaining magic to take over her darling daughter Rebecca's body and the two of them are out to wipe out all vampires,regardless of how good or bad they are. Hopefully,this ruse will be revealed in time to save our special vamps from extinction,plus let them enjoy the dance:

AROUND THE WORLD IN EIGHTY PLATES: This upcoming Bravo series appears to be the Amazing Race of Cooking,as contestants travel the globe to learn international cuisine and prepare it at local restaurants in order to win the grand prize. With Cat Cora as hostess,this should be a savvy sweet ride: