Who is the real Bully in this MPAA battle?

The Motion Picture Association of America's ratings board has never been known for not making arbitrary decisions about why one film gets a PG-13 and another receives an R for similar content,however their latest ratings dispute is doing more than potentially hurting someone's box office receipts.

An upcoming documentary called Bully,which chronicles the current growth of severe bullying that has lead to an increased level of suicides amongst young people,was given an R simply due to usage of the dreaded F word. The Weinstein Company(the distributors of the film)have made an appeal to the MPAA board for a PG-13 but have subsequently been denied.

Therefore,the studio has chosen to release the movie unrated,which limits where it can be shown. One theater chain,AMC,has agreed to show Bully at their locations but the odds of other moviehouse franchises doing so are rather slim. Of course,the MPAA claims that this is all about helping the parents yet the main concern of this particular film is the kids and they're the ones who need to see it the most: 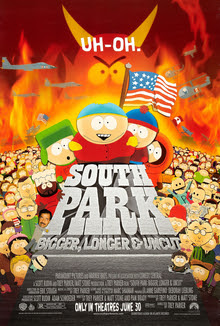 Most of the MPAA's objections to changing the rating here are purely based on keeping their power base intact,pure and simple. They like things the way they are and not even a well meaning film that could offer encouragement and emotional support to both kids and parents going through such a tough time is enough to sway them.

Another part to this bias is that Bully is an indie film,which makes it that more vulnerable to being pushed around by their so-called standards. It's no secret that smaller movies are treated differently by the ratings board than films backed by major studios. Of course,even with that larger amount of clout,film makers have often had to waste time and money by adding over the top moments to possibly objectionable scenes in order to toss a bone to the MPPA's cut and slash crew:

Fortunately,a lot of folks have been speaking out about this issue,including a few famous faces as well. A young woman named Katy Butler started an online petition to get the rating for Bully changed and some of her supporters include NFL quarterback Drew Brees,teen star Demi Lovato and talk show hostess Ellen Degeneres.

Even members of Congress have signed the petition(granted,this is an election year)and while Bully may not get the PG-13 it deserves,at least the conversation about the unfair tactics of the film industry's rating system is reaching a wider audience:

Yes,parents do need a guide to help them find the age appropriate films for their children but let's be real about this. Most kids over the age of ten go to the movies on their own and if it's something that Mom and Dad think is bad,they want to see it all the more. However, in this case, a documentary is not usually a teen's first choice at the multiplex.Bully is the kind of film that should be shown in schools and without a PG-13 rating,that won't be possible.

I know that some people believe the recent attention paid to bullying in the media is just an overreaction and once upon a time,I did,too. Thinking over my past childhood and teen experiences,however,I do see that there is quite a difference between then and now. For one thing,text messaging and Facebook pages didn't exist when I was a kid,so while bullies could hound me at school and harass me on my way home,they weren't able to send me messages telling me to kill myself or create an internet site devoted to personally demeaning me. 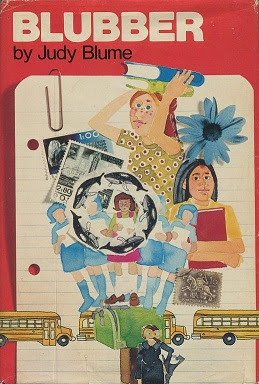 There weren't a lot of pop culture outlets that dealt with the issue in my day,other than a few family sitcom plots,Judy Blume's YA novel Blubber and Stephen King's horror novel and film adaptation of Carrie. I was lucky enough to have a supportive family structure that helped me through those rough times but plenty of my peers didn't and perhaps it would have been better for us all if an open discussion had been engaged instead of the usual "kids will be kids" screed handed out by adults. I haven't seen Bully for myself but I wouldn't be surprised to see something of myself in those troubled kids.

Dealing with this issue in a positive manner is important and this film could be a golden opportunity for encouraging both parents and kids to talk about it candidly and shed some more light on how this affects them in their day-to-day lives. By denying Bully the chance to be seen by as many people as possible,the MPAA does not live up to it's agenda of providing families with the best information about the contents of a movie.

It would be nice to leave a legacy of understanding and empathy for future generations as the solution to bullying instead of just sweeping the whole mess under the rug for someone else to deal with later. Not to mention an alternative to indulging in revenge fantasies,which can be a harmless outlet for some but if no other viable option is presented,the more vulnerable among us could misinterpret as their battle cry. Do the right thing,MPAA,and give Bully the theatrical freedom that it deserves. Otherwise,you may wind up with more than metaphorical blood on your hands: