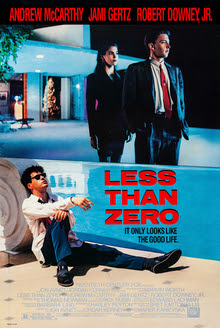 Usually I would ignore such blatant attempts at attention getting such as your recent string of comments on Twitter regarding the film adaptation of 50 Shades of Grey but some of your statements are just too borderline offensive for me to simply stay silent about.

Your opinions about Matt Bomer being a possible candidate for the lead role(a part that has neither been confirmed nor denied to this actor)are incredibly sad to read and worse,the apology that you offered later on was far from acceptable:

"Okay I'll say it. Matt Bomer isn't right for Christian Grey because he is openly gay. He's great for other roles but this is too big a game."

"I don't care how good an actor you are but being married to another man complicates things for playing CG."

"I am NOT discriminating Matt Bomer because of his sexuality. Fifty Shades of Grey demands an actor that is genuinely into women. Get it?!?


"I actually think it's cool that women want Matt Bomer as Christian Grey. It means that we've moved beyond stereotypes and that gay is hot... I think Matt Bomer is incredibly handsome and a good actor but I think he comes off totally gay in White Collar."

First off,let me clarify something for you-your notion that it's now "cool" for ladies to find gay actors hot is rather naive there. Ladies have always found gay to be hot,even since the days of Rock Hudson and Tab Hunter. Granted,back then not everyone knew about the personal preferences of those gentlemen but finding that out many decades later doesn't diminish the wonderful film memories that they helped to create for both male and female audiences.

I've never watched White Collar or recalled anything that I've seen Matt Bomer in but I have no doubt his female fans are more than happy to see him on screen due to his talent as well as his good looks.

In fact,judging by the decent box office returns that his new summer movie Magic Mike has been taking in,it doesn't appear to be a problem for anyone to see him as an object of feminine desire,other than yourself:

While I may not be a Matt Bomer fan,I am an admirer of Zachary Quinto,best known as one of the major villains from the TV series Heroes and as Spock in the most recent Star Trek film.

The fact that Mr. Quinto is gay is not an issue for me at all,nor I suspect the majority of his female fan base because we're attracted to the characters that he plays rather than the man himself. That's a very important distinction since part of my disgust with your insistence that any actor being cast for Christian Grey has to be "into women" shows such little imagination from someone whose profession involves creativity:

This isn't your first foray into controversy and probably won't be your last yet with a little maturity on your part,it could be.

You happen to be a writer whose work is given serious scrutiny by readers and critics alike and instead of taking a more grown-up approach to life and art,you are still clutching onto this literary bad boy image of yours like a worn out teddy bear. This seems like an attempt to cling to your youth and glory days of notoriety,which frankly makes you come across as the old guy in the club.

Give up,Mr. Ellis. You're not the only artistic rebel(and I use that term loosely here) who has had to face the fact that keeping up with the rate of shock value is a younger person's game. No matter how much you try,there will always be someone out there with fresher ideas and a snappier business card:

Some people say that this is all a dog and pony show on your part,to either build up interest for your 2013 film Canyons or to get the chance to adapt 50 Shades,which you now have been turned down for. It really doesn't matter why you feel the need to beg for the spotlight in this manner but if you are as intelligent as you profess to be,any fool can see this gimmick isn't working for you.

My advice to you is stay off of Twitter or any social media until you can think before you type(something that a lot of other people should do as well but that's another conversation altogether). There is enough ignorance and ill will in the world without you adding to it.

As to Matt Bomer,hopefully this unwarranted attack on his personal life will benefit his future career possibilities rather than hinder them and even though I could care less about who is cast in the 50 Shades movie,if he wants the part,I will be happy for him if he gets it. You're almost fifty yourself,Mr. Ellis-time to accept that this is not the springtime of your life and prepare to deal with the hazy shades of winter coming for you.

Lady T and the rest of the adults in the audience: