Savoring the good,the bad and the strange of this year's Super Bowl ads 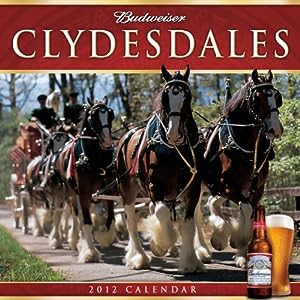 The Super Bowl has come and gone,leaving behind not only a number of happy sports fans(unless of course,you were rooting for the 49ers)but a crop of new TV commercials to consider. Like most ads for this event,we were given a mixed bunch of humorous,heart warming and at times hideous images all designed to make us eager to purchase goods and services.

Since I didn't see any of these ads on the night in question(too busy with Downton Abbey that evening!),my efforts to catch up have bore pop culture fruit,although how sweet it is you can judge for yourselves:

BUDWEISER CLYDESDALE DEVOTION: One of the most talked about commercials from that night was this little featurette showcasing a horse trainer reunited with the Clydesdale that he raised for the traditional Budweiser caravan. It's a charming piece that uses the Stevie Nicks rendition of "Landslide" particularly well. Oh,and the colt seen in the commercial was named Hope,thanks to viewer votes:

DORITOS GOT YOUR GOAT: The folks behind this nacho chip seem to have a weird sense of humor,as this latest ad shows a guy regretting his decision to buy a goat who can't stop chewing on the cheesy treat. It's okay,I guess,but why this would make me want to eat Doritos(especially around farm animals)is beyond me:

SATANIC STYLE: A couple of car ads went with mythological figures as their spokespeople,starting with a Mercedes commercial that offered up Willem Dafoe as The Prince of Darkness himself. This slick enticement that allowed it's everyman hero into avoiding eternal damnation in order to own a fancy car was well played with a few not too over the top cameos from celebs and sinister sweet use of "Sympathy for the Devil". Plus,extra kudos must be awarded for the excellent casting of Dafoe,who needs to be in a good movie these days,it's been a while!:

WISHFUL THINKING: Kaley Cuolo's commercial gigs are growing,what with her Pricefinder spot and now this Toyota ad,where she plays a genie with a whimsical way of granting wishes. She has the perfect spirit of fun for this bit and it's good to know that this Big Bang Theory star may have a strong career outside of her hit show:

IRON MAN 3: A slew of movie teasers and trailers were shown during the Super Bowl,most of which were action genre flicks like the upcoming Snitch(starring The Rock aka Dwayne Johnson)and sci-fi thrillers such as World War Z and Star Trek: Into Darkness.

The spring into summer sequel,Iron Man 3,highlighted both of the selling points of this Marvel franchise,sly wit from Downey's "extensive" look and pulse racing action sequences. Shane Black is in the director's chair this time(taking over for Jon Favreau,who takes a producer's credit here instead)and his cinematic skills promise to be a good fit for this third feature: 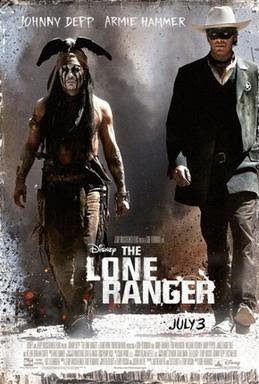 THE LONE RANGER: The old school western legend is being hauled out again for another retread and frankly,folks there's a stench of Jonah Hex film flop wafting off of this go-round. As much as I like Johnny Depp and his offbeat approach to movie roles great and small,he doesn't seem to really fit in here.

My guess is,that since the people behind The Pirates of the Caribbean trilogy are putting this movie out,they expect that Depp's odd ways will engage audiences for the Lone Ranger in the same way. Sorry,guys,but some special ingredients don't work with every dish:

A lot of people have stirred up a fuss over the GoDaddy ad where a model and a tech guy noisily kiss(to me,the sound effects are what are disturbing there) and some are griping about others,like the Taco Bell spot where elderly folks are partying as hard as the young folk,a concept that is as fresh and new as stale bread.

What I find a tad squeamish is the M&M clip where the hapless Red warbles the Meatloaf classic "I Would Do Anything For Love(But I Won't Do That)" as he has a romance with a gal who attempts to literally eat him alive. Yes,I know it's a joke and it's just a piece of candy but that whole shoving him into the oven on top of a cookie has a really dark Hansel and Gretel tone to it that might put a few kids off of the sweet treat and into nightmare land for awhile there:

Oh,well,things could be worse on this front. Eventually,these ads will fade away but for now,they do provide a nice distraction from most of our real world worries which is part and parcel of pop culture's appeal. A good number of them will become quickly outdated and give future generations an amusing excuse to wonder about our tastes,plus try to figure why "Gangem Style" was such a big deal once upon a time: