The Chronicles of Copper Boom embraces A Chilling Warmth

As some of you may know, I've writing e-books for some time now and last year started a series called The Chronicles of Copper Boom. Part One was entitled "Party Overkill",where a super villain on the run named Kingston Cobre ducked into a children's birthday party and was mistaken as the hired entertainment. During that brief visit,he ran into Penny Slater,the stepsister who was being treated worse than Cinderella and who had a couple of super powered secrets of her own.

Last week,Part Two of TCOCB was published at Smashwords with the title "A Chilling Warmth". The story starts off with Penny under hospital care but being far from safe and sound. Here's a little description of the plot:

While recovering from her encounter with super villain Kingston Cobre,rest is the last thing that Penny Slater is getting.

Between angry phone calls from her stepmother and an unexpected interrogation,our would be heroine is ready to check out of the hospital in more ways than one. A new friend,however,appears to be the cure for what ails her but what are the sinister side effects of this alliance?

The new friend in question is a hit woman for hire named Gillian Glacier,who also happens to know a few other bad guys and so called good ones as well. Her contact with Penny is done at first as a favor to a mutual acquaintance but over time,she has more than casual feelings about this injured young girl.

I chose an ice wielding villainess because that power lends itself to very interesting possibilities,not to mention a nifty metaphor for emotional coldness. What's also intriguing about this ability is that who ever uses it for what ever purpose,good or ill,that person is never truly as cold as their frosty skills imply. In fact,they can be extremely hot under the collar during the heat of battle: 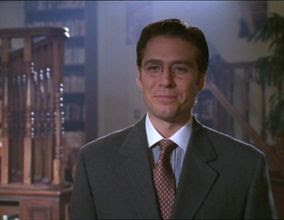 Another new character brought into this narrative is Agent Daniel Cleaves,a member of the Mutant Security Counsel. He's on the trail of Kingston Cobre and has a few probing questions for our heroine,along with some so not subtle hints about knowing more about Penny and her special skills that she cares for him to.

Cleaves is a troublesome guy,to be sure and his straight laced,by the book manner was inspired by a former Watcher of Vampire Slayers from England. Yes,Wesley Wyndam-Pryce would find a lot in common with Agent Cleaves,both of whom also fancy themselves to be a bit like the James Bond of the superhero world: 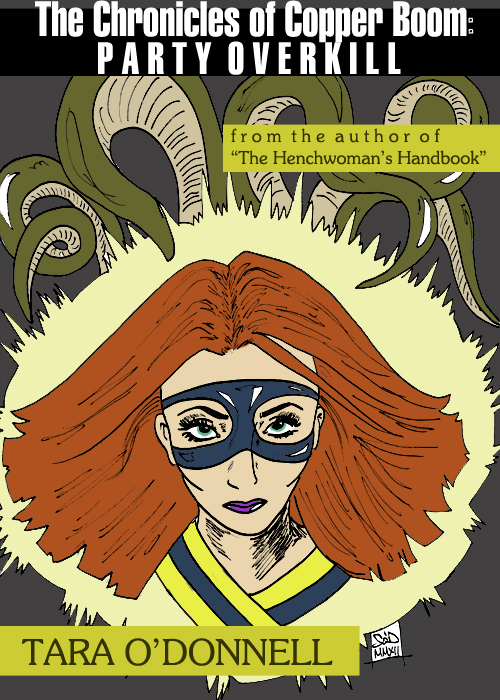 A Chilling Warmth is currently available only at Smashwords but will be shipping out to other online retailers such as Kobo,Sony and B&N. com very soon. Each installment of The Chronicles of Copper Boom is priced at $0.99 and to encourage readers to try the latest one,a free coupon for the first book "Party Overkill" will be made available during the week of Valentine's Day(please check this blog or the official Copper Boom FB page for more news).

A special thanks to my sister Stephanie,for creating the cover art for this and all my other e-books. I do hope that those of you who enjoy my previous titles,The Hench Woman's Handbook and The Austen Avenger,will like this ongoing story of a young woman whose path to greatness can easily flip from good to evil via the folks she meets along the way to her destiny. Penny's fate is not settled yet,but so far,she's run into plenty of people willing to do some bad things with her and her powers: