Star Wars 7: Redemption of the Jedi?

The biggest news in sci-fi movie fandom these days is that J.J. Abrams has been tapped to make the next Star Wars film,which will be a sequel to the original trilogy. The reaction to this news consists of a mixture of elated cheers from happy Jedi masters with some grumblings from the sullen Sith squadron in the far corners of the internet universe.

So far,the celebration has gotten louder than the boos from the pop culture peanut gallery. With Abrams' track record as a genre genius due to his hit TV shows(Lost,Alias)and feature films(Mission Impossible III,Super 8),plus his successful revival of the Star Trek film franchise,many are confident that he is the one rightly chosen to bring order to the Star Wars galaxy: 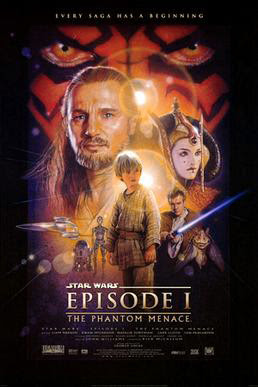 Of course,some are worried that we might get a Star Wars film worse than the prequels,which is not a fear to be taken lightly. It was bad enough that George Lucas gave into his doubts about the first three movies and tweaked them with mostly needless fixes(in my opinion,Han shot first) but the triple tripe that was The Phantom Menace,Attack of the Clones and Revenge of the Sith did a lot to damage the lore of the first set of SW flicks.

However,Abrams has proven to be a quality writer,director and producer who respects genre material and fans of that material as well. He also seems to be able to balance gracefully between pleasing his audience and adding his own original touch to the story lines,no small feat there. Perhaps his hand on the Star Wars tiller will help to steer a path for old school and new geeks to come together at long last: 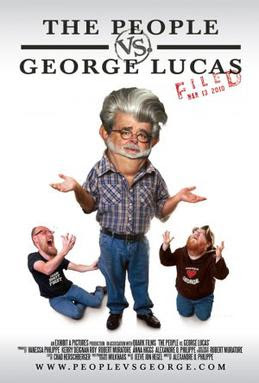 Abrams' fans shouldn't get too comfortable just yet,though. Granted,the man is a big fan of Star Wars and making this movie is a lifelong dream fulfilled for him but the same was said when Bryan Singer left the X-Men series to helm Superman Returns and we all know how well that turned out.

J.J. Abrams may very well exceed the high bar that's been set for the Star Wars series by audiences and critics alike, and odds are that he will,but it would be foolish to ignore the possibilities for an epic failure that could make Battlefield Earth look like a Masterpiece Theater production:

It will be some time before Star Wars 7 is out in theaters(at the moment,the tentative release time is set for 2015),so any anxieties both for and against this new installment should perhaps be tabled for now. At least fans can breathe a sigh of relief that their beloved saga is in capable hands and hopefully rise to the challenge of entertainingly expanding their horizons.

This may also heal the breach between Star Trek and Star Wars folk,who truly should be allies against the forces of nay sayers of the pop culture realm. If J.J. Abrams can bring these two divisive groups together to form a perfect geek union, there may be hope for us all: