Jennifer Cody Epstein answers a literary prayer via The Gods of Heavenly Punishment.

The centerpiece of Jennifer Cody Epstein's second novel,The Gods of Heavenly Punishment,is the 1945 fire bombing of the city of Tokyo during the Second World War, with the major characters in this story illustrating the before,during and after math of that event.

One of the key pieces in this plot puzzle is Cam Richards,a soldier going off to war armed with a special keepsake by his beloved wife Lacey,a ring meant to ensure his safe return home to her. Cam joins the Air Force and is on the flight crew of an early attempt to bomb Japan,which ends badly in more ways than one.

Other major players connect during a dinner party in Karuizawa,Japan as two architects and their families celebrate their mutual success while hiding their private woes. Anton Reynolds feels somewhat out of place in life,especially with his wife and son Billy while Kenji Kobayashi and his European educated wife Hana have class differences that divide them emotionally. All of them are not expecting the impeding war to touch their lives and yet it does:

A most unexpected connection is made between Hana and Anton,who find relief from their emotional turmoil in one another's arms. Their affair is as discreet as possible yet Anton can tell that Hana's bitter disappointment over not being allowed to lead the life she truly wanted is something he can't or won't be able to fix.

Leaving Japan for other work gives him the opportunity to break off his ties with Hana without much of a goodbye but his memories of her  and their stolen moments haunt Anton still ,particularly years later as his building skills are called upon to help the U.S. military prepare for a more powerful attack upon Tokyo to win the war: 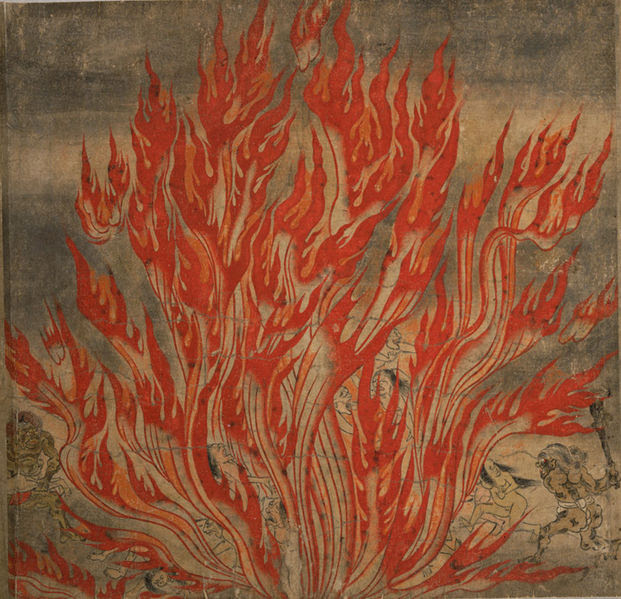 The true heart of TGOHP belongs to Yoshi,the daughter of Hana and Kenji who loses her innocence of heart as she bears witness to the disintegration of her family,along with the country during the harsh years of the war.

Over time,Yoshi becomes a reluctant caretaker of her unraveling mother,ashamed of the cruel blunt nature of her father and falls in love with a young man whose heart and soul changes during his time in service.

She barely survives the horrors of the fire bombing in Tokyo and is given a rare chance to escape a dismal future due to a random encounter unknowingly connected to her past:

The Gods of Heavenly Punishment may not sound like a cheerful book and while the tone is serious,that does not mean that spending time with these characters is a depressing experience.

The intricate emotional portraits of the people,places and events of that time period are blended in an elegant style that not only teaches you more about the history regarding that part of WWII that you may not have known before,it also displays the resilience of the human soul trapped in situations both within and beyond their control.

Jennifer Cody Epstein handles her prose with the skill of a calligrapher,adding emotional depth and tender touches of triumph and despair when needed.  If you haven't discovered her work just yet,now is the time to do so. The Gods of Heavenly Punishment is readily available at all literary outlets and I was pleased to be asked to be part of the blog tour for the book this fall.  My sincerest hope is that more readers tune into the amazing talents that the author has to offer: