Embracing the escapism at the box office

With all of the economic turmoil going on these days,plus a rollercoaster ride of a Presidential election looming over the horizon,is it really surprising that a goofy little movie like Beverly Hills Chiahuahua is doing so well at the box office?

BHC has been the Number One money maker for two weeks in a row now,which apparently stunned the producers of Body Of Lies,the Russell Crowe/Leo DiCaprio terrorist hunting thriller. Body Of Lies took third place,with the horror flick Quarantine beating it out for second place.

This is making a lot of Hollywood folk nervous,since autumn is a huge Oscar bait time of the year and serious films that rake in the cash on opening weekends tend to get that extra bit of notice during nomination season.

However,this is not the first instance of folks wanting to get away from their everyday troubles during periods of crisis in our country by watching less than serious film fare. Maybe a few of those studio heads need to watch(hopefully not for the first time)Sullivan's Travels,which showcased this concept brilliantly.

I'm not saying that there will be no audiences whatsoever for such dramatic fare as the Clint Eastwood/Angelina Jolie missing child period piece,The Changeling,or Oliver Stone's George Bush biopic,W,just not as many as there will be for more light hearted films like High School Musical 3 or fanciful fear flicks like The Haunting of Molly Hartley.

Granted,I think that BHC is too silly for my taste but when news headlines are screaming doom and gloom(with plenty of people out there feeling the harsh realities on an up close and personal daily basis),I can't really find fault with anyone wanting a little brain candy to ease the stress of it all. If Hollywood is as really as smart and savvy as they claim to be,they'll just go with it. 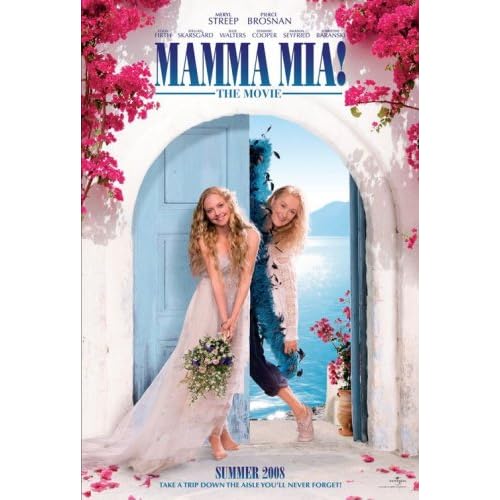 For example, re release Mamma Mia!(yes,I know it's due on DVD in December)into theaters or push up Repo:The Genetic Opera's opening date. Musicals are great spoon fulls of sugar to make the medicine go down and many of the classic ones came out during very trying times like the Great Depression or WWII.

With money being as tight as it is right now,a little song and dance on screen is more of an incentive to get folks to willingly part with their cash:

IT'S A RICH MAN'S WORLD THESE DAYS

A fun idea would be to give Dr. Horrible's Sing A Long Blog a brief theatrical run.After all,there's plenty of data and fan love that proves this mini musical to be unbelievably popular,plus it would give those who don't have internet access a chance to check it out.

Even if you have seen it a hundred times online,the opportunity to watch Neil Patrick Harris and company on the big screen is one you would kick yourself for passing up. It has less than a hour's running time,which makes for excellent turnaround time for movie theaters,and you could even have a karaoke version. Hey,they did that for Mamma Mia! this summer,why not? The title doesn't say "sing along" for nothing!:

Since Disney's doing so well with the chihuahua movie and will do even better with HSM3,they might contemplate making their hold over the box office more powerful by retrieving an old weapon from their arsenal: classic animation re-releases. They haven't been doing that for quite some time now,switching instead to limited DVD availability.

That has made a pretty penny for their coffers,but the downside of that is the lack of exposure to these films to younger generations. Not everyone gets the Disney channel,guys! Sure,Sleeping Beauty will sell well but a nice little strut into the multiplexes wouldn't hurt either. Not to mention that Maleficent's transformation would look amazing in IMAX:

Well,that's my two cents on the subject. Some may scorn at the eager embracing of
less than ponderous films during this time but in my opinion,it's fine in moderation and can even help people be ready to face the present situations before us and deal with them much better. We can all use a bit of relief and we will be able to get through this mess together,come what may:

I thought BHC looked REALLY bad when I saw the original trailer for it but I've since seen others and it kind of looks like a modern day live action Lady and the Tramp.

I wouldn't mind seeing some classic Disney movies on the big screen...