At what point can you walk away from a pointless sequel?

The big Halloween fear film this year is Saw V,coming out next week and while I enjoyed the first couple of movies in this series,I really don't want to see this last piece of the puzzle.

My sister,however,is determined to go,which means I may wind up sitting thru this sucker anyway. Not a major dilemma,I know,but still one nonetheless.

The Saw movies have been rather inventive,both visually and storytelling wise,with the gruesomely elaborate death traps that the not-so always innocent victims have to escape from,plus the mystery elements set up in the plot for the viewer to try and figure why what is being done to whom. 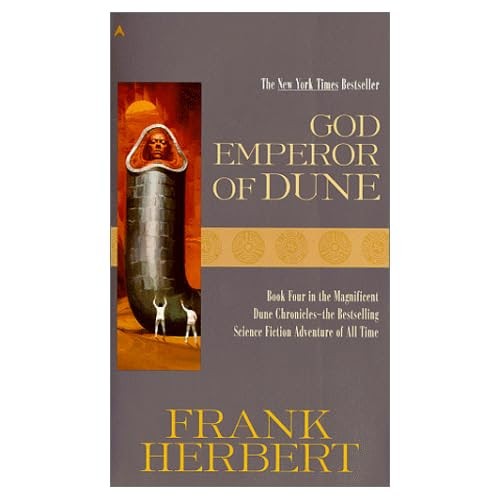 Yet,I'm at the point where I have had my fill of this series and am ready to push away my plate at the dining table and say "no" to another serving. It's like the time when I was reading the fifth Dune book and said to myself,"Why am I bothering with this,everyone from the earlier books is dead." and just ended it there.

Don't get me wrong,I think that Frank Herbert was a great sci-fi writer. It's just that I believe that he should have stopped at God Emperor of Dune. No doubt others will say different but that's how I feel. The rest of the books after the fourth one may have been excellent but my personal level of reader satisfaction was reached with the Dune books,so I was able to walk away.

Sometimes,it's hard to decide which is easier to give up on,book series or movie ones. Giving up Laurell K. Hamilton was tricky(fortunately,I had Kim Harrison's Hollows novels around to help with the transition)and Anne Rice just tired me out after awhile.

With books,you get more intimately involved with the characters and perhaps much more willing to make excuses for repetitive themes,plot lines that go nowhere and character developments that seem to come out of left field.

On the other hand,I've seen every single one of the Nightmare on Elm Street movies(including the worst of the lot,Freddy's Dead: The Final Nightmare),which went downhill in a hurry after the third one.

While I do feel that Wes Craven's New Nightmare did redeem the series(and Freddy Vs. Jason was a real shot in the arm), it would be folly to deny that Freddy Kruger turned into a gory cartoon character towards the end of the series,cracking corny puns and one liners like a lounge lizard from Hell:

While the Saw series has not dropped it's standards down to such a low level,it's difficult to honestly say that they can still keep turning the same old trick and not be on the verge of crossing the line between suspension of disbelief and movie gimmick burnout.

Perhaps I will be proven wrong here,which I wouldn't mind in the least. However,I truly don't have a burning desire to find out either way. The best way to sum up my feelings is this bit of dialogue from You've Got Mail:

"I always take a relationship to the next level. If that works out, I take it to the next level after that, until I finally reach that level when it becomes absolutely necessary for me to leave."


I'm ready to leave,folks. If I do see Saw V,I'll let you know what I think about it but hopefully,my Halloween horror needs will be met with a fearful flash of freshness instead of another helping of sinister sloppy seconds:

I didn't see the last Saw and I doubt I'll watch this one either. I won't give up on LKH but I stopped reading Anne Rice before she started writing her religious fiction (nothing against religion, I just can't wrap my brain around her writing it). I haven't seen but maybe one or two of the Nightmare on Elm Street movies and I don't really remember that much about them either :(