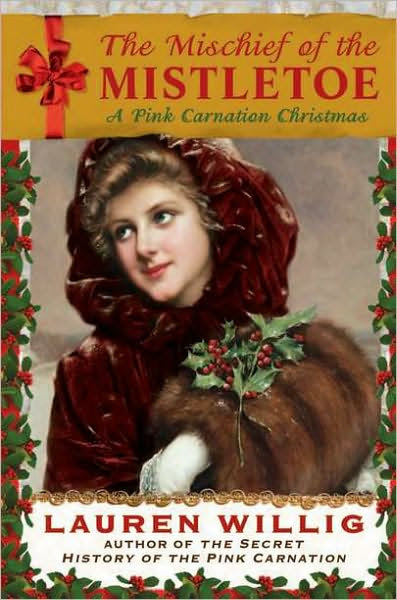 In Lauren Willig's latest entry in her Pink Carnation series, Arabella Dempsey is looking forward to a rather dismal Christmas time indeed. During her visit to Bath,she accepts a teaching position at Miss Climpson's Select Seminary for Young Ladies,a preferable alternative than staying with her Aunt Osborne and her new,much younger husband.

The husband in question happened to have once paid Arabella some very particular attentions until he realized that the only way to get at her aunt's money was to marry her aunt himself. That awkward circumstance,combined with the near dire straits of her family,gives Arabella no other respectable choice but to seek suitable employment fitting her station in life.

While settling into her new situation,Arabella literally runs into a casual acquaintance,Reginald "Turnip" Fitzhugh,a goodhearted soul with wits as sharp as the vegetable he's nicknamed after. Turns out that Turnip's sister Sally is a student at the school and is the one who hands her brother an oddly placed holiday pudding that links Arabella and Turnip together in the most unexpected of ways.

Upon further examination,a secret message written in French is found on the inside of the pudding wrapper that asks for a meeting at Farley Castle. Since Turnip has already been invited to a party being held at that location,he insists that Arabella join him in order to find out a bit more about this mystery.

Arabella reluctantly does,but also brings along her good friend Jane Austen,whose keen insights and lively mind have offered her plenty of comfort and advice especially during this most troubling time in her life. Jane did warn her about how treacherous a girl's school could be but clearly wasn't expecting such a social sticky wicket for Arabella to be caught in: 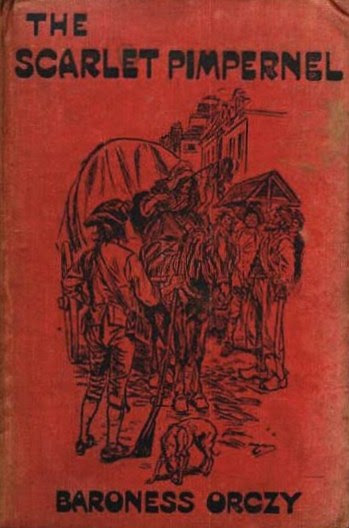 As Arabella and Turnip follow the trail of odd clues and strange events that point towards the workings of a spy within the school walls,the two of them find each other to be more appealing than at first notice. Their strong yet hidden feelings soon lead to an impulsive kiss that could either bring them closer together or drive them further apart.

However,this business with the Christmas pudding is much more serious than they first realized and may have cause for Turnip to reach out to a few of his friends involved in the League of the Purple Gentian,which conceals the most sorted after spy of them all,the Pink Carnation(who Turnip has been mistaken for,due to his loud taste for floral ensembles).

As Arabella tries to decide between following her heart or her common sense,furtive forces are being arrayed against her in search of a list that could put more people in peril than that original package of pudding did. Never mind her heart,Arabella could truly lose her head before the end of the holidays: 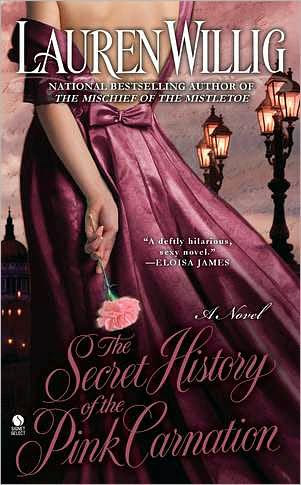 The subtitle for The Mischief of the Mistletoe is "A Pink Carnation Christmas" and several of the characters from the other titles in the series do make appearances within the narrative. However, even those who haven't read the earlier books can easily get into the merry mystery that makes each page a delight to turn.

Along with the romance and spy escapades that entangle the leading lady and her less than stealthy suitor,there is a great deal of engaging humor that plays into their budding relationship and adventures as well. Whether it's a comedy of errors or a means of lighting the tension in more than one quarter of the story,Mischief of the Mistletoe is a true Austen themed amusement to behold: 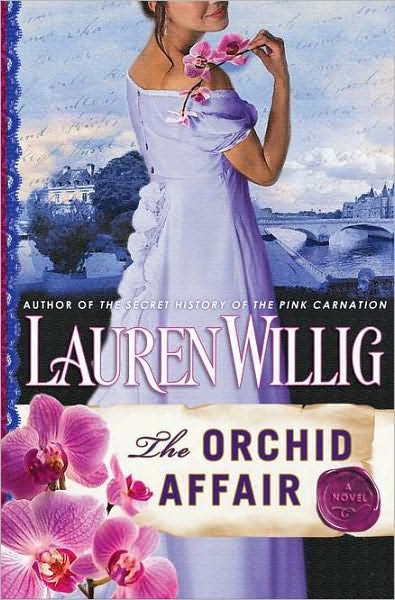 The Mischief of the Mistletoe is readily available for holiday shopping and hopefully you can catch up to it before the next Pink Carnation book,The Orchid Affair,arrives in the new year.

In the meantime,it's a good idea to curl up by the fire and bask in the glow of this charming Christmas themed caper,only don't look to Turnip for fashion tips this or any season.

Not everyone can pull off such formidable flair so it's best to stay out of the way of those who dare to. Turnip Fitzhugh may not be sharp of wit but he's certainly quite the sharp dressed man:

Thanks for the great review. I really enjoyed this one too. I adore Lauren Willig and looked forward to the Orchid Affair.