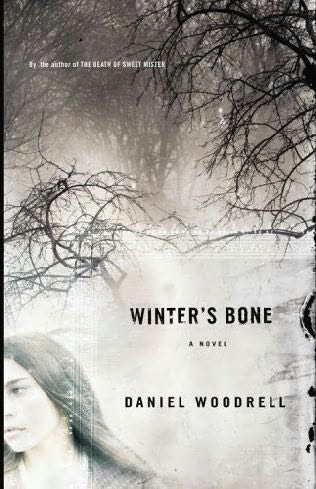 With all the heat waves we've been experiencing this summer,it's good to find stories that make it more pleasant and give you some savory food for thought. These two titles,Winter's Bone and The Burning,are polar opposites in terms of style and plot but in some ways,they share some common ground.

The heroine of Winter's Bone is Ree Dolly,a sixteen year girl in the Ozarks who's running her whole household which consists of two younger brothers and a mother that's gone AWOL mentally some time ago. Ree's biggest goal in life is to join the Army so that she can get away from the endless cycle of poverty and despair that has engulfed generations of Dollys before her and threatens to do so for her brothers.

When the sheriff's deputy pays her a visit to inform them that her dad Jessup,one of the best known crank chefs around,must make his court date or forfeit the family home that was put up to gurantee his release,Ree sets out to find him. That's no easy task,given the deeply secretive nature of the folks in the area(many of whom are related to the Dollys in one way or another)and the harsh winter conditions that even with a hitched ride or two,can make the North Pole look like Spring Break.

Ree's quest to find Jessup stirs up more troubles than even she expected,bringing about some tough choices not only for her but for others as well,like her married friend,Gail,who is tired of her husband sneaking out to see his old girlfriend while leaving her with their newborn baby boy,and Uncle Teardrop,Jessup's older brother, who is a ferocious crank fiend and a man who you wouldn't want to meet up with after dark.

Author Daniel Woodrell is a native of the Ozarks and he captures that world in all it's beautifully sad details with crystal clarity. Ree Dolly is one of those strong young women who holds your interest on the page and keeps you rooting for her until the bitter end. Winter's Bone is a hauntingly elegant novel about surviving in a hard world without letting it harden your heart. 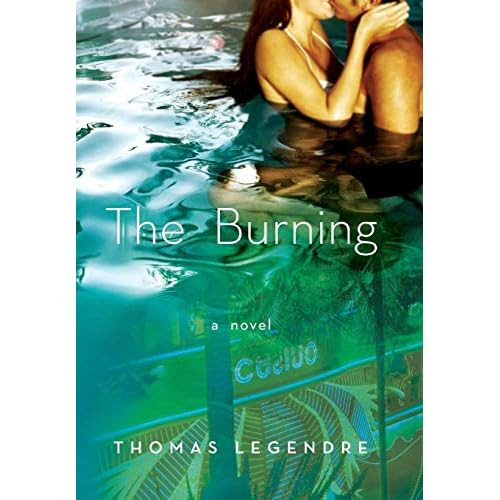 The Burning has it's start in Las Vegas,where recent college grad Logan meets up with gorgeous blackjack dealer Dallas Cole. Logan's primed to make his mark in the world of economics where he was touted as the next whiz kid in the field. Dallas wants more out of her life yet can't help but get herself into impulse driven situations such as fooling around with her married boss and getting accused of helping a player cheat at her station.

Logan's economic theories are appreciated but deemed too outlandish which only lands him a teaching position at Arizona State University. After a brief courtship,Dallas joins him as his wife which releases her from dealing with being banned from working in any Vegas casino due to the unfounded charges and breaking up with her boss(none of which she has mentioned to Logan). Dallas finds a job at a local casino but is bored by the slower pace of a non Vegas environment and winds up gambling away most of her paycheck.

Logan deals with his own frustrations by throwing himself into his work which takes a whole new twist,thanks to Keris,one of his new colleagues who captures more than his professional interest. Logan's new theory that could change the very nature of economics itself becomes more than a threat to those already keeping the status quo like his old college buddy Deck but to his relationship with Dallas,who is becoming increasingly jealous of any attention not given to her.

The Burning is Thomas Legendre's first novel and it hums with an electric beat that flows thru the characters and the choices they make. The dialogue crackles with the kind of energy that you long to hear and only expect in tightly written mystery stories. Logan and Dallas' passions rise and fall but not in a cheesy soap opera way.This is more along the lines of an Elmore Leonard or a Carl Hiaason with a dash of Economics 101 for added vest. Legendre is definately an author that we can expect to see dazzle us with more great and juicy books.

Whether you're looking for a quick read or an interesting character study,either one of these books should fill the bill.Both deal with people in worlds whose inner woes match their outer surroundings and are well written to boot. If you want to find out more about them,please click the title link above. Even tho the summer reading season is fading fast,there's plenty of time to add Winter's Bone and The Burning to your bedside table or beach chair for a perfect getaway from the everyday.
Posted by lady t at 11:34 AM