On the Shelf with Lauren Baratz-Logsted

I first encountered Lauren as I was reading Flirting With Pride & Prejudice,a collection of essays and short stories about Jane Austen's most universal novel. She has written several novels such as The Thin Pink Line,Crossing the Line,A Little Change of Face and her soon to be released How Nancy Drew Saved My Life. Lauren is also having a Young Adult title,Angel's Choice,about to hit the stores and another book,Vertigo,is a sexy suspense story set in Victorian times.

Lately,she has become the voice of reason in the ongoing Chick Lit debate. She is the editor of This Is Chick Lit,the smartly written reply to Elizabeth Merrick's This Is Not Chick Lit anthology. Lauren has worked in publishing and started out as an independent bookseller. I was pleased to get the chance to speak with her about Chick Lit and other fun topics:


1)When the publication of This Is Not Chick Lit was
announced,it roused the ire of many chick lit
devotees.Has putting out This Is Chick Lit cooled some of your
anger about the whole debate?


Absolutely! There is nothing like taking positive action for diminishing anger and increasing feelings of power and joy. What we hope to achieve with THIS IS CHICK-LIT has nothing to do with denigrating literary fiction; we love all kinds of writing, provided the books are well written. We are merely trying to make a positive statement about the wide range of themes and story-telling styles found under the umbrella heading of Chick-Lit. Our collection has paranormal, mystery, futuristic, metafiction, magic realism, romantic comedy, satire, even a spy parody of the genre.

I will not be trapped into answering that question! Do you want to get me killed? :) I love all the stories the women contributed. An astonishing cornucopia of issues are addressed in the collection's 272 pages and I expect each reader will have his or her own favorites. 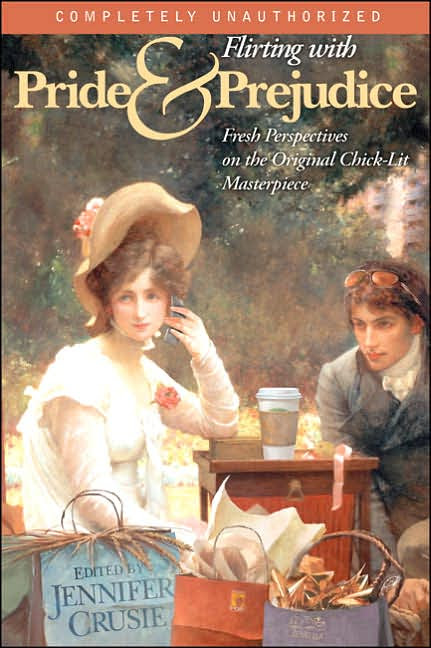 3)You've also contributed an essay to Flirting With
Pride & Prejudice-what Jane Austen novel do you feel best defines you?


Oh, I probably have to go with Pride & Prejudice, don't I, with the Elizabeth Bennet character being the character I most identify with? That said, if we're talking movie versions, and you can arrange to replace the lead opposite Ciaran Hinds with me, I'll take Persuasion. 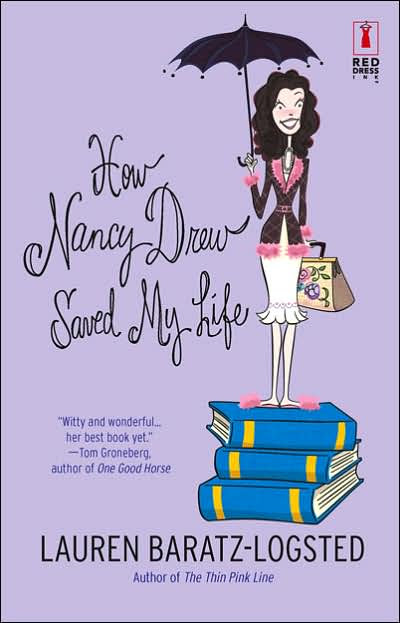 4)Your new novel is entitled How Nancy Drew Saved My Life. Where the Nancy Drew books a big part of your childhood reading?


Ironically, like me, the heroine was more of a Trixie Belden girl growing up, even though neither of us is good with horses, tending to fall off them. But, also like me, Charlotte Bell reads an op-ed by Maureen Dowd of the New York Times asking where all the brave and intrepid people like Nancy Drew have gone to in government. Wanting to be more brave and intrepid herself, Charlotte then reads all 56 original volumes in the Nancy Drew series, her mantra in times of trouble becoming, "What Would Nancy Drew Do?"


5)As a former independant bookseller,do you think
things are getting better or worse for bookstores
today?

It's so hard to say. At the height of my career as an independent bookseller there were four bookstores - three of them independents - all surviving nicely on one tiny street in Westport. Of course, that situation has changed, with a decline in independents and an increase in chains. That said, they tell me competition is good. And I do love all kinds of booksellers - some days, I wish I still was one.


6)What are some of your all time favorite novels?


7)Whose idea was it to include a reading list of
"across the aisle" titles recommended by the TICL
contributors?

It was my idea. It stemmed from a guestblog I did at www.literarychicks.com last summer that I titled "Reaching Across the Aisle." In it, I spoke about how nothing gets accomplished in congress when Democrats and Republicans stick to strict party politics and that it's no different with Lits and Chicks. We need to learn how to work together, "reaching across the aisle." By no means do I expect people to endorse specific books they've read and disliked. But if you can't find good books in a genre outside of your own, what with nearly 200,000 new books published each year in the U.S., you can't be looking hard enough, because there are good and bad books published in every area. When it came time to put the collection together, I asked each Chick to tap one Lit whose work she admired and was sure her own fanbase would adore. As I'm sure you'll agree, they came through admirably.

If you would like to know more about Lauren and her work,please click the title link above to check out her website. I thank her most graciously for her time and encourage everyone to take the time to read some of her great books as well as those recommended in TICL. It's good to support someone who's more interested in bringing folks together rather than keep them apart,not to mention having a bit of fun along the way!
Posted by lady t at 10:35 AM

Labels: author interviews, On the Shelf

I don't have much to contribute to this discussion, sadly, except to say that I love Gabriel Garcia Marquez. Expecially "100 Years of Solitude".

You're one up on me because I haven't read 100 Years of Solitude(shocking,I know!).

I worked in a bookstore for 11 years and one of my most memorable days was getting in a debate with Paul Newman - !!! - about which Gabriel Garcia Marquez book was better.