Afternoons With Emily are well spent ones

Afternoons With Emily starts off with introducing us to Miranda Chase,living first in Boston during the mid 1800s,a lonely little girl ignored by her sickly mother and scholarly father. After her mother's death from consumption,Miranda's father decides to take them both to visit friends in Barbados,hoping that Miranda will not share her mother's illness. The trip is a literal breath of fresh air for them both,as Miranda's mind and body are encouraged to embrace life and her father is able to truly connect to his child.

They move back to the States,this time settling into the town of Amherst,where Professor Chase gains a teaching position at the local college and Miranda gets to know her widowed Aunt Helen and Cousin Kate. Miranda grows up,striving to fit in yet can not abandon her own individual and intellectual notions. When she expresses a preference for the gods of Greek mythology rather than Christianity to a local elder, one of the results is an invitation to the home of Emily Dickinson,local recluse and self proclaimed rebel of one of the most influential families in Amherst. 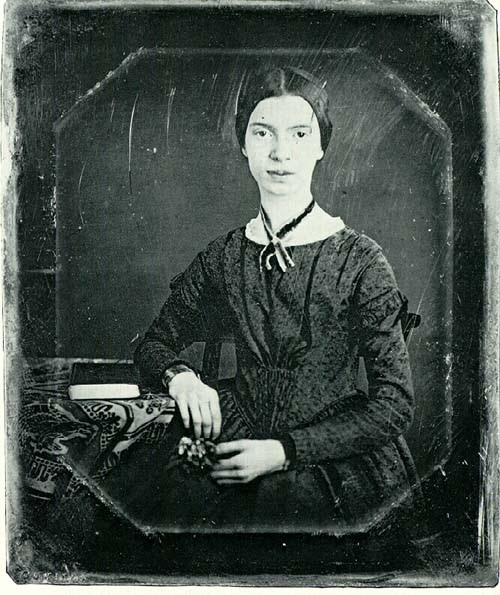 Miranda's friendship with Emily takes many different twists and turns thru out the years;at first,Emily is one of many mentors that inspire her to read and think more outside of the box that Amherst society has set for women. Soon,Miranda is contacted by Emily's sister-in-law and former best friend Susan,to be on the look out for any
strange behavior or flights of fancy that may lead to harming Emily's reputation. Emily is prone to overromanticising her relationships with others,especially in her letter writing which can easily cause misunderstandings. Miranda is alert enough to see this as well as realizing that Emily sees her as a captive audience,rather than an equal to challenge her.

Regardless,Miranda's friendship with Emily stays strong as Miranda's dreams and ambitions take her forward in life and love. Even when she becomes impatient with Emily's refusal to deal with the world around her as the Civil War is raging(and Miranda's fiance one of the many soldiers out in the battlefield),she and Emily still support and look out for one another. There are some things,however,that Miranda must and can face on her own.


One of the best things about this book is that it's Miranda's story from beginning to end. While Emily Dickinson is a strong and vibrant(not to mention at times infuriating)character,this is more of a story about a smart,unconventional young woman who happens to have Dickinson as one of her friends rather than a Mary Sue who only lives to worship at the legend's feet. Miranda's world is well depicted and filled with many folk whose attitudes and desires seem to accurately reflect those held during the mid 19th century. Afternoons With Emily is a elegantly sturdy read,not to be rushed thru by any means. This is the type of book that is meant to be savored slowly and sweetly,as you relax on a porch swing or favorite indoor chair,drinking in all of the lovely literary goodness.

My only regret here is that we won't be getting another book from Rose MacMurray. She passed away in 1997,after spending years working on this novel and researching the life of Emily Dickinson. Her family and friends were determined to get AWE published to not only honor her memory but to share her talent for words with others. Her daughter,Adelaide MacMurray Aitken,wrote a beautiful and moving tribute to her mother and her labor of love that you can read at the Hachette website(please click the title link above).

Afternoons With Emily should not be seen as a family memorial,it should be,and comes across as,a call to arms for folks to not be afraid of their dreams and live life to the fullest. AWE is a true gem that deserves to be treasured in any happy reader's library.
Posted by lady t at 11:31 AM

AWE is a wonderful story, well written and well told. Each time I'm forced to stop reading, I eagerly await the next opportunity to continue.