Are any of these spoofs worthy of a Golden Popcorn? 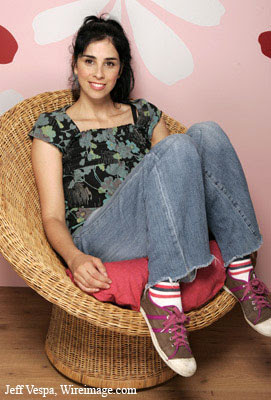 The MTV Movie Awards show is one that I always look forward to,not just for the cool hosts(this year,Sarah Silverman will be rocking the mike)and the fun catagories like Best Villian,Best Kiss and Best Summer Movie You Haven't Seen Yet,but the movie parodies,which have waxed and waned over time.


MTV decided to have a Movie Spoof Contest,this time around,to give aspiring filmmakers and regular folk a shot at bringing the laughs. You can vote for your favorites when you click the title link above. Before you do that,here's a few of the many nominees to keep in mind:

This look at a "deleted scene" from DWP takes one of my favorite moments of the film and gives it a Kill Bill spin. Pretty low tech,but not bad. Not bad at all:

As much as I dig Jack Black,I think even he would laugh like hell at this Texas Chainsaw Massacre spoof that casts him as Leatherface. Whoever made this did a nice job with the editing:

I find the whole global warming thing to be as dull as dishwater but perhaps Borat(or this rather decent inpersonator)could liven up the topic quite a bit. Very nice!:

There are more at the offical website,of varying degrees. However,will any of them stand up to skits like this,which has the Golden Girls doing their own version of Clueless? Let's take a look back:

The best parody skits usually are done as intros to the show,like this nifty Spiderman riff with Jack Black as the Webhead and Sarah Michelle Geller doing an excellant Lynda Carter spin:

Well,guess we will have to just wait and see. The MTV Movie Awards will be on Sunday,June 3 and should be alot of fun,especially with Sarah Silverman at the helm. If her appearances at the Independant Spirit Awards are any indication,folks should fasten their seat belts,because this will be a bumpy ride,indeed: