Shear Genius tried some teamwork this week,as the remaining stylists broke off into three teams of two for the Shortcut Challenge,which was to get as many paying customers as they could in a mall. The team with the most cash profit would be the winner. Ben,for some odd reason,decided to dress up like a ninja(the guy looks weird enough without having to do that)and was teamed up with Dr. Boogie.

Tyson had first pick of partners and he chose Tabatha,which worked out well since they won the challenge. I thought that they were doomed,not only due to their tight lipped rivalry but that they were charging much higher prices than the other two teams. Turns out that was a good thing-the two of them cut less hair but made more money. I know that if someone came up to me in a mall and wanted sixty bucks to cut my hair on the spot,I'd say no. Then again,you get what you pay for.

The Elimination Challenge was a tripleplay,as the three teams had to create hairstyles for a bride,maid of honor and the mother of the bride. Anthony and Daisy really pulled it off,surprisingly. Anthony wasn't crazy about having Daisy for a partner(she talks too much for his liking)but wound up respecting her skills. They not only made the bride's hair look incredibly artistic but did a great makeover do for her mom. They were the winners and are going up on that accursed Allure wall of fame next week.

Tabatha paid the price for Tyson's Allure wall curse,as the two of them were sent packing after making the bridal party feel the misery of the partnership. The hairstyles suffered as well,especially the bridesmaid that recieved a halfhearted french twist. Tabatha was not happy about that but cheered herself up by enjoying the fact that Tyson wouldn't be able to win either. Some people just do not work well with others. Wonder if it will be Anthony or Daisy's turn next week? I hope not,they're both really good stylists.

Gilmore Girls had its series finale this week and it was a proper goodbye all around; Christine Amanpour met Rory,Rory finally got a job(Barack Obama campaign coverage,very nice!),Stars Hollow got to give their favorite gal a big party send-off and Luke kissed Lorelai(yes! I knew they would get back together,knew it!). Can I just say how glad I am that Rory turned down Logan's marriage proposal? Don't get me wrong,the guy had some good points but way too much baggage. Guys named Logan are trouble,in my book.

I found this YouTube clip,which doesn't have any scenes from the finale but I think sums up the show perfectly:

For some insane reason,Melinda Doolittle has been voted off of American Idol. Blake and Jordin will now fight it out next week and if Blake wins,I may never watch this show again. A Jordin and Melinda showdown would've been great,in my opinion-those two are worthy adversaries in the singing arena,not the Beatbox Boy! Grrr...ARGH!!!!

MELINDA GETS HER TINA TURNER ON

SHE'S A WOMAN,NOT A PUNK KID!

WISH ON JORDIN TO BE A STAR

SOMEONE WAS WATCHING SOME SHIRLEY BASSEY CLIPS,THERE!

Heroes: It's really getting down to the wire here,as characters are being killed off,right and left. I really hope Mr. Bennet doesn't shoot that poor little girl;it's not her fault that she can track superpowered folks! Speaking of superpowered people who need to be found in a hurry,our boy Sylar is extra dangerous,now that he has popped Ted's top and may decide to turn NYC into toast:

Pretty scary,isn't it folks? I just know that I won't be the only one on pins and needles during the finale next week. 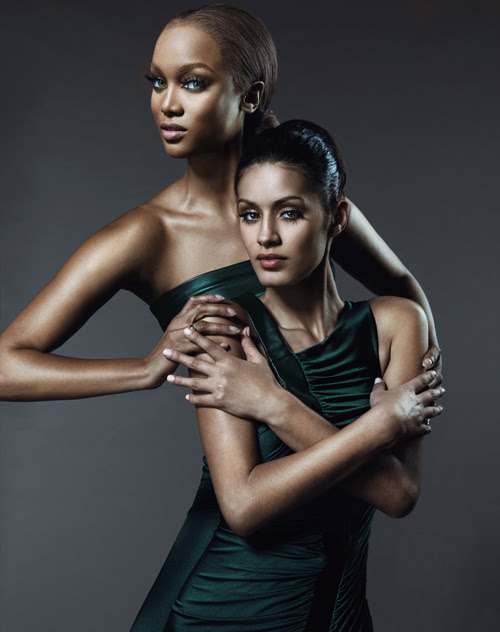 America's Next Top Model: Jaslene was declared the winner,after facing off Natasha on the Evolution of Woman runaway challenge. I was really rooting for Natasha,she seemed to be more mature than the other girls and showed vast improvements from week to week. Atleast Renee got knocked out of the running,which makes up for it alittle. She was such a bitch,especially with her convincing the other girls to gang up on Natasha last week,which failed miserably!

Smallville: Clark and company wrap another season tonight and it looks like Lex will have to add another divorce to his belt as Lana gets tired of game playing. There's also a strong chance of the Martian Manhunter stopping by,to pump up the Clark Vs. Lex storyline even further:

I thought about you when Tabatha was booted. I know you liked her wicked "keep it real" attitude. I was glad to see her go because I thought it was unprofessional that she couldn't get past the Elf's, I mean, Tyson's quirkiness.

I wasn't expecting Jaslene to make it to the end but the other girls managed to outwit themselves with lackluster pictures and poor attitudes. Jaslene has the biggest heart and truly craved this.

I don't even know what to say about Beatbox Boy except he better not win or I'll stop watching AI.

Aww,you thought of me,sweet!:) Yeah,all of my reality shows are starting to make me sad,with people I like getting kicked to the curb.

I do agree that Tabatha should've kept her dislike of Tyson to herself in front of the clients-I've worked with people I couldn't stand either and it's important to put the customer first in those situations.

Also,didn't Tyson and Tabatha look like a Goth bride and groom at one point there,with those nearly matching outfits? Just a thought!

Jaslene really seemed like more of a follower than a leader,but better her than Renee. Oh,and I hear you on the Beatbox Boy thing!