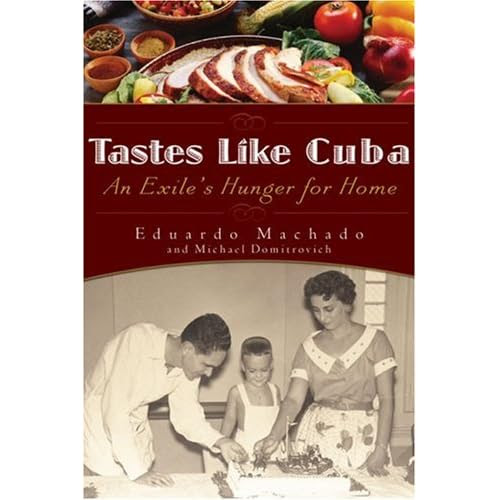 Playwright Eduardo Machado spent most of his early childhood in Cojimar,Cuba,where his family prospered and the only major dividing line between his relatives was the way his grandparents chose to prepare meals;his grandmother Cuca would make simple,earthy fare like Newspaper Soup(a recipe taken from a daily paper sans the original title)and his grandfather Fernando whipped up decadent spicy fare,with lobster,shrimp and brandy but his best dish was his legendary Arroz Con Pollo.

In 1958,when Castro took over,both sides of the Machado family found themselves in jeopardy and made plans to leave Cuba. Eduardo and his younger brother Othin were placed on a Peter Pan flight that sent them alone to Miami,where the boys went to live with relatives they had never seen before and introduced to American foods like Spam(in the huge industral Army rationed cans),Velveeta cheese and White Castle hamburgers.

Machado's parents eventually were able to rejoin their children in Miami and moved to L.A.,where Desi Arnaz was at the height of his popularity which gave Eduardo atleast one familar face in the media to identify with(as well as amuse his new friends at school with his Desi imitations).

It took time for everyone to adjust to living in America,especially Eduardo's mother who was frustrated by the lack of proper ingredients available in the local supermarkets for her to prepare meals the way she did back home. Even finding coffee that was considered by all to be "real" cafe con leche proved to be tricky.

Food and it's good,bad or just bland flavorings are major components in Machado's memoir,Tastes Like Cuba,which is co-written by Michael Domitrovich. Machado recounts his life and longing for the Cuba of his youth with passionate descriptions of what he ate as a boy ,along with other culinary discoveries he made over the years. He also talks about his struggles to become an actor(which his family vehemently objected to)and then later a playwright in New York,which lead to him returning to Cuba in 1999 as part of a film festival to showcase a short film he made and his reconnection to his former childhood home and haunts is one of the strongest sections of the book.

Recipes of the dishes mentioned thru out the book are included at the end of each chapter and while I'm not a big league chef by any means,these looked pretty easy to replicate in your own kitchen. Just the fact that all of the necessary foodstuffs listed in each recipe are readily in stock at most supermarkets today is a small sign of progress in keeping the old school Cuban culture alive and well in our melting pot of a society. 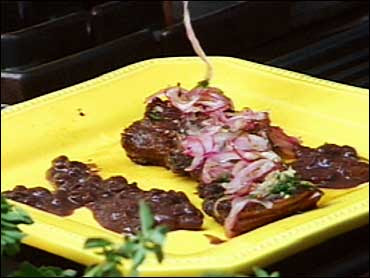 So,if you're in the mood for a trip down memory lane filled with flavor and drama of all kinds,Tastes Like Cuba should certainly satisfy your literary appetite. While this is a story that can be enjoyed all year round,it also makes for a great read as you get ready for your family's regular Thanksgiving feast(as well as a few ideas on how to spice things up a bit). After all,Thanksgiving is a celebration meant to honor the blessings of those who dared to travel to a new country in search of a better life for their loved ones and if this book isn't appropriate,I don't know what is.
Posted by lady t at 11:09 AM