Pass me the Pop Culture Potatoes at Thanksgiving,please! 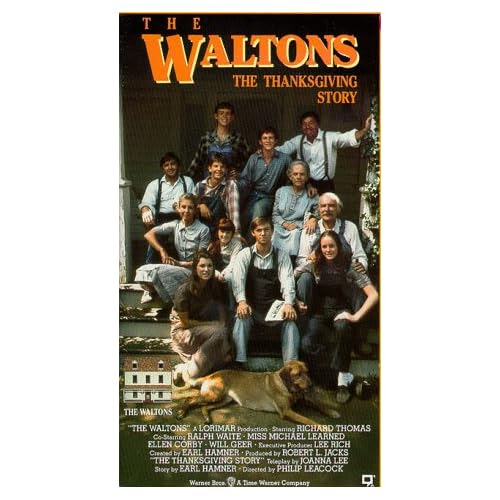 We're officially into November which means one big thing,time to rev up for Thanksgiving Day! I know that the trend has been to give Turkey Day the bum's rush and treat it as a prelude to Christmas/holiday shopping season,but I for one really enjoy Thanksgiving and want to slow down and savor the rich heady goodness of the day.


Thanksgiving is more than just an excuse to eat turkey and watch endless amounts of football;it's a time when families and friends can get together to celebrate what's good in their lives and bask in the glow of more yet to come. Pop Culture used to support this attitude and I think it's time that we look to it again to recclaim the true Thanksgiving spirit. Let's look at this visual feast that I've prepared to whet your holiday homecoming appetites:

Thanksgiving is very flexible to all traditions and a good example of that is one of my favorite GG episodes,"A Deep Fried Korean Thanksgiving",where tofukey is the main event on the Kim family menu and Lane's potential boyfriend is playing music in the background:

Holidays can be stressful,especially when your Scooby gang is debating on the politically correct way to dispatch some angry Native American warrior spirits out for blood and ear removal. Buffy only did one Thanksgiving episode but it was done just right:

Even reality competition shows can appreciate the reason for the season-one of the more pleasing to the palate episodes of Top Chef's second go-round was the Thanksgiving Day "cutting edge" challenge. The guest judge was Anthony Bourdain,who is as subtle as a sledgehammer about what he does and doesn't like on his plate:

A PLETHORA OF PEANUTS

Setting up the table for dinner is a big part of any Thanksgiving ritual and Snoopy's battle to create the proper mood outdoors is a classic example of what many gourmands struggle with on a daily basis. Personally,I don't know why Peppermint Patty was so fussy about the food-I wouldn't turn down a plate of popcorn,toast,jelly beans and pretzels. No wonder that Snoopy decided to share some turkey and pumkin pie with his best buddy,Woodstock(it is kind of creepy to see Woodstock eat turkey,now that I think about.):

YOUR CHOICE OF DEVIOUS DESSERTS

To cap this off,here are two slices of silliness with a Turkey Day tone to them. One is for the grown-ups(Eli Roth's slasher parody trailer from Grindhouse)and the other is pretty kid safe(with a side of smirk,the musical prelude before the Summer Camp Showdown in Addams Family Values). Enjoy one or the other,have both if you wish! It is Thanksgiving,after all:

...BEFORE WE FINISH THIS SONG!