Norman Mailer,one of the last of the Old Guard 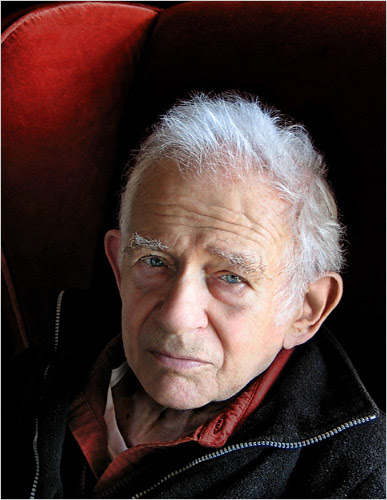 Norman Mailer passed away this weekend,at the age of 84,and while there are many literary folks who are more than willing to honor his memory,there are a few who feel that enough attention was given to Mailer during his controversal life and times without more accolades being placed on his grave.

This mix of reactions to this news is truly reflective on the type of man Mailer was-someone who projected a larger than life ego,which attracted and repelled equal numbers of readers and critics alike. Whether you loved or hated him,it's hard to ignore the impact he did make on the literary world. His books are still going strong and while not every one of them was a homerun,enough of them managed to worm their way into the mindset of American culture. 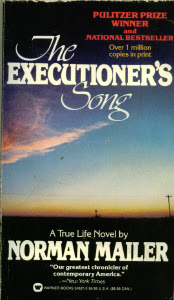 I haven't read alot of his work,but one of his books did open up my eyes and mind to both the criminal thought process and the intricities of the legal system was The Executioner's Song,his "novel" about Gary Gilmore,which was made into a made-for-TV film starring Tommy Lee Jones and a Pulitzer Prize winner. I had the huge mass market paperback edition,about the size of a decent doorstop,with rather small print that nonetheless kept me hooked. I was in a serious phase of true crime reading and it,along with Helter Skelter,was a major league influence upon how I felt about crime and punishment.

I never read,nor ever care to,In The Belly of the Beast,the book that impressed Mailer so much that he helped Jack Henry Abbott get an early release from prison. Mailer did alot of damn stupid things in his life,and getting Abbott out(who later on killed again)should be in the man's Top Ten there. To be fair to Mailer,he did express regret over that whole sad business and perhaps he felt that he was just giving a kindred soul another chance at redeemption. God knows plenty of us have had experiences with misplaced trust,hopefully with less tragic results. 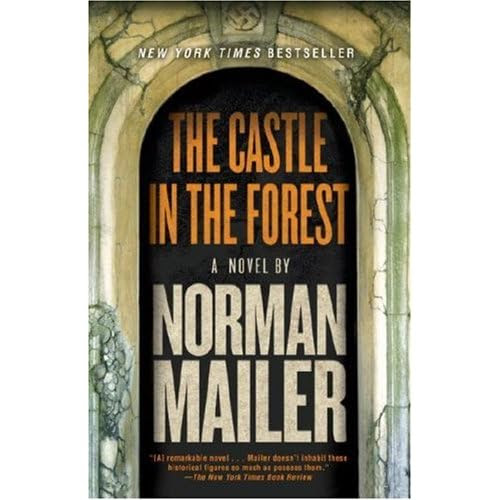 I did go onto The Naked and The Dead,but once was enough. I remember my father trying to read Ancient Evenings(my dad was big on Egyptian history and mythology,so he really had high hopes for this book)and telling me how repulsive he found many of the passages and descriptions of violence in it. I gave Ancient Evenings a whirl myself but didn't get very far.

Mailer still kept plugging along with his writing,despite the reception his books attracted over the years-up to the time of his death,he was working on a follow-up to his last novel,The Castle in the Forest,which was his take on Hitler. Even at an age when he could easily sit back on his laurels and just watch the world go by,he had to have his share of the conversation:

Also,Mailer could still be counted on to do the unexpected. A couple of years ago,he made a guest appearance on Gilmore Girls(with his son,Stephen,playing an interviewer)in an episode titled "Norman Mailer,I'm Pregnant!". Feminists and Norman Mailer tended to get along like the Hatfields and the McCoys,but he did have some appreciation for the show,even comparing Lorelai Gilmore to one of his own daughters. You can't teach an old dog new tricks,as they say, but sometimes,they can decide to take a new turn for themselves:

So,here's to you,Norman Mailer-one of the last of the literary renegades. You made friends,enemies and scandals that most would sell their mothers to have a piece of the infamy of. One thing is certain,that you will not be quickly forgotten. I sincerely doubt that you were a fan of Kansas,but this song seems to be the proper salute to your massive persona and memory: