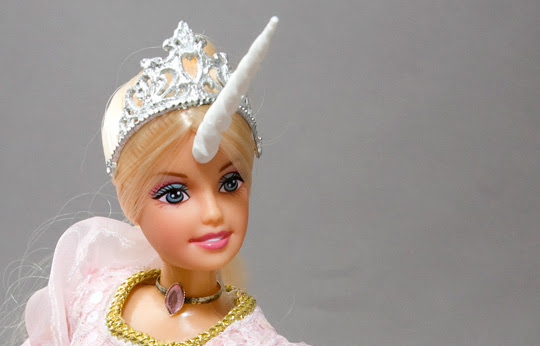 On the Christmas episode of The Office this season,one of the many subplots involved Dwight buying up a hot ticket toy item and then selling it to desperate parents for exorbitant prices. One of those needy folks was Toby,the sad sack HR rep,who wound up getting more than he bargained for with his last minute purchase: 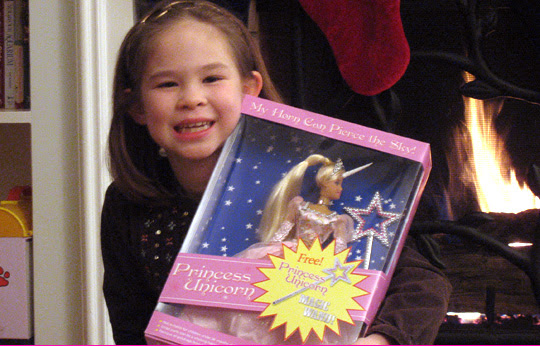 While I found the whole episode to be hilarious,my favorite bit was the Princess Unicorn concept. It's just the type of cheesy,overly frilly doll that would be marketed to kids via a TV show and a catchphrase like "My horn can pierce the sky!" Reminds me of so many old school toy trends from the 1980s,a ripe era for cartoon shows that were mainly made with marketing a toy line in mind. 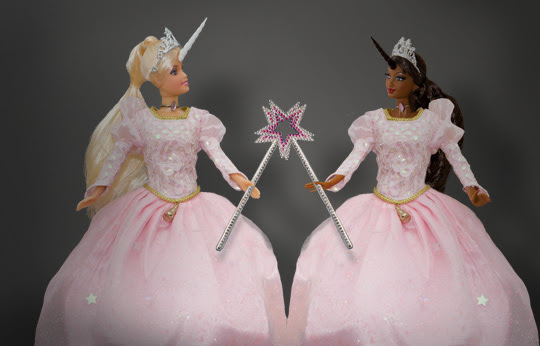 The folks at The Office are extending the joke even further online,with a Princess Unicorn website that has the "legend" of her Royal Hornedness(it involves radiation and a villain named Socerissa),testimonials from fans and a very funny "You-Nicorn" section where people can submit their best Photo Shopped pics of the doll and/or any other one horned being they can find.

The only down side to this is that they're not selling any Princess Unicorn dolls at the site,only tie in T shirts. While the shirts are great,it would be great if you could really buy the doll.

Even with a horn sharp enough to "pierce skin" and some "lead based paint",I would still want one to put under my Christmas tree. For one thing,the risks involved are not that much different from the toys on the market now(sad but true)and I wouldn't be insane enough to give it to a kid(it would take their eye out!).

Also,it would be a fun item to have on display and a unique TV collectible to boot. Perhaps,a Princess Unicorn doll will be available someday,if there's enough demand for one. With the economy the way it is these days,finding a real money making opportunity is not something to ignore,especially during the holidays:

I was such an easy child to buy for lol. I liked Barbies but I think I only begged for a couple of things when I was a kid.

This show cracked me up!