Still time to place your bet on the Booker prize!

Later today,the winner of the Booker Prize(it's now the Man Booker Prize but that sounds more like the name of a WWE champion than a literary award)for fiction will be announced and yes,betting is still taking place as we speak. I love it that the Brits are willing to lay down their hard cold cash to bet on what novel wins;why we don't take have gaming pools for the National Book Award is beyond me. If Texas Hold'em can generate enough excitement to have televised tournaments and online gambling,surely we can get some good odds on Joyce Carol Oates vs. Philip Roth! 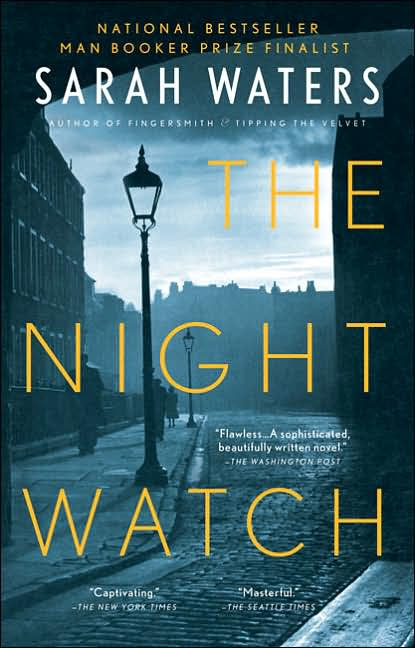 The top contender in the running is Sarah Waters for The Night Watch. It takes place during the bombing raids in 1940s London and tells the stories of three women and a man who live and love thru it all. It's a change of pace for Waters as her earlier books like Tipping the Velvet and Fingersmith were set in the Victorian era. I haven't read TNW yet but it was quickly added to my To Be Read pile a while ago after I devoured Fingersmith.

Fingersmith is this gorgeous Dickensian story about two girls brought together in an elaborate con job who wind up being both betrayed and devoted to each other. Sue Trinder takes a ladies maid position at the home of naive Maud Lilly to become her friend and co-conspirator in having Maud marry Gentleman(a devious con man)and make off with her vast fortune. Sue,however,starts to actually care for Maud which makes things worse when the tables are turned. It would be wrong to discuss any of more of the plot since one of the joys of the book is the unexpected twists and turns given and taken by the characters. If you haven't read Fingersmith and need a good book for the fall,it fits the bill to a T. 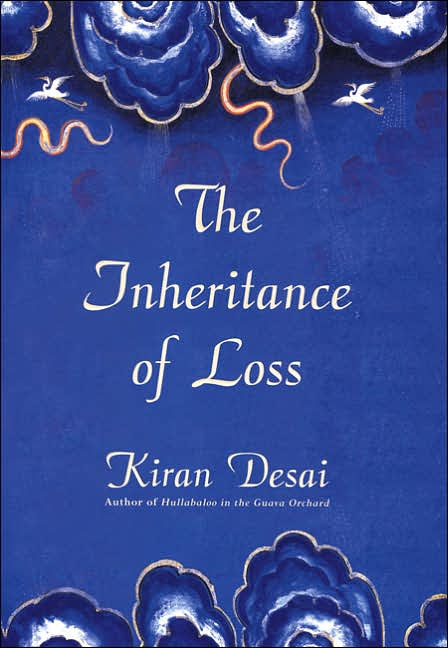 Other contenders for the Booker include The Inheritance of Loss by Kiran Desai,The Secret River by Kate Grenville,Mother's Milk by Edward St. Aubyn(the odds are going up on that one),Carry Me Down by M.J.Hyland and In The Country of Men by Hisham Mater. As you can tell,I'm rooting for Waters but Kiran Desai's book has been getting some good reviews as well(plus,it's a second novel which would greatly benefit from winning a major award like this)so it would be good if IOL took the honors here. There's a link to the Booker prize website in the title above so if I don't get a chance to update this entry later,you can check out who the winner is.

Do yourself a favor and grab some Sarah Waters up first,before the announcement. One thing literary awards do well is create a big demand for whoever won and why deny yourself such a pleasure of pages?
Posted by lady t at 12:06 PM

I always feel guilty when you do a fiction post, since I rarely read fiction and as such have no wise or witty comment. In fact, I'm 2/3rds of the way through another non-fiction book now, and yesterday ordered two more (non-fiction) books from Amazon.

"Books are so decorative, don't you think?"

Yes,they are,indeed! No need to feel guilty about your reading habits,Parley-I'm always knee deep in books and there never seems to be enough time for all of them.

Kiran Desai is the 2006 winner of the Booker and also the youngest person ever to get the award. Congrats to her and a "better luck next time" to Saraj Waters:)