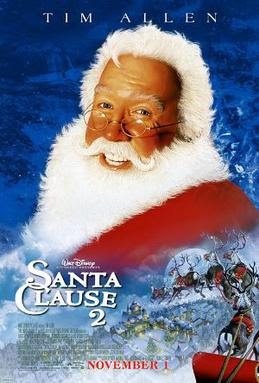 Last but not least in our LRG look at Christmastime holiday pop culture is a glance at those TV specials that do make the channel surfing rotation during this time of year but are perhaps not as appreciated for their own merits.

Just like hit movies,made for TV specials have sequels made to them that are a mixed bag of entertainment delights. Some of them are fun to watch,even if you haven't seen the original material while others are clearly an acquired taste. Here are five of these follow-ups that are worth watching for either or both these reasons: 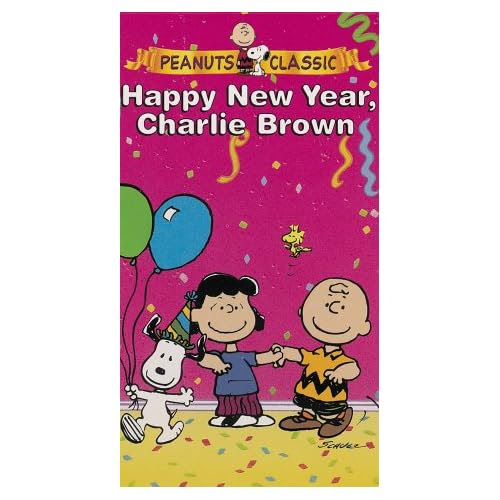 One route that sequel specials take is to jump right into the next holiday on the calendar. In this one,Charlie Brown attends a New Year's bash hoping to meet up with the elusive Little Red Haired Girl while trying to finish reading War and Peace,his assigned homework for the holiday break(who gives a kid a book that long to do a report on,honestly?).

This show was made in the mid 1980s,so there are more singing and dancing bits than in the standard old school Peanuts specials. It's a cute special that pretty much follows the tone of the strips,despite the extra musical moments:

RUDOLPH'S SHINY NEW YEAR: This one is a great action adventure,as our favorite red nosed reindeer is on a quest to find the Baby New Year(named Happy,of course)who has run away due to folks laughing at his giant ears,something that Rudolph relates to all too well. His search takes him to the Archipelago of Last Years,where each island represents a frozen moment of time for the former New Year.

Rudolph gathers up a few time guardians to help him search and find Happy before a cranky buzzard named Aeon grabs him first. Wandering around those islands is an interesting way to slip a few history lessons in,plus the show gives the changing of the guard on New Year's Eve a bit of importance to it,instead of seeming like an excuse to stay up late and party:

FROSTY'S WINTER WONDERLAND: The talking snowman returns to his old stomping grounds and finds himself getting a little lonely when the kids go home,so the youngsters decide to play matchmaker and create a snow bride named Crystal for him to pal around with.

Jack Frost tries to break up the proceedings but all eventually does turn out well. For some reason,Jack Frost and other winter wizards always winds up being the bad guy in show like this-why is that? You'd think they would be more pro snow people. Anyway, it is a good excuse to sing Winter Wonderland and see Frosty find someone to share the cold outdoors with:

RUDOLPH AND FROSTY'S CHRISTMAS IN JULY: Like peanut butter and jelly,these two titans of Yuletide fame team up for some wacky holiday hijinks as they help a ice cream man meet up with his true love,who happens to be a circus performer. Frosty's wife and kids(how those two had offspring,I don't know and I don't want to know)come along for the ride and yet another winter wizard is out to spoil the fun.

The plot line gets a tad soap opera-ish,with Rudolph being framed for a crime he didn't commit,thanks to an evil reindeer(I told you it was soap opera style!)and the mean wizard trying to steal both the magic powers of Rudy and Frosty. Rankin-Bass shows did attract some interesting voice over players and one that really stands out here is the late great Ethel Merman,who gives her generous pipes to circus owner Lily Loraine and really livens up the proceedings:

THE YEAR WITHOUT A SANTA CLAUS:Yes,Virginia,this counts as a sequel since it is a follow-up to Santa Claus is Comin' to Town. This special is probably the best known of them all,as Santa gets all grumpy about his merry mission and Mrs. Claus has to save the day by scrambling about for a miracle to revive his spirits.

The main reason,I think,for this show getting plenty of attention on it's own is due to the Miser Brothers,who Mrs. Claus and company intercede with for assistance in sending a snowstorm to a small southern town in order to reclaim one of Santa's reindeer. Their theme songs are as memorable as any traditional Christmas carol and the best part of the show for some fans:

Sequels at any time of year are a sticky wicket to pull off right. On one hand,the chance to expand upon the first story is ripe with possibilities,on the other,so are the creative pitfalls that lead to artistic and commercial disaster. Having a holiday theme attached to the project only ups the ante for those involved but with any luck,you can create an amusing delight to entertain audiences with for decades to come. If not only,it's best to make do with that lump of coal that ended up in your stocking before someone switches the channel:

I didn't watch Rudolph's Shiny New Year the past couple of years but I used to watch it every New Years. The only thing I didn't really care for was the portrayl of Jack Frost in Frosty's Winter Wonderland. He's one of my absolute favorite things about Christmas!

The Year Without a Santa Claus is my absolute favorite Christmas special :)