The LRG Top Five musical concepts that would be better than Spiderman:Turn Off The Dark

Even tho the show is still not "officially" open,the reviews for Spiderman:Turn Off the Dark are in,folks.

How bad are they? Well,let's just say that the people who backed the likes of Gigli,Battlefield Earth and Sex & the City 2 would be sharing some schadenfreude cheers from reading these raking over the coals write-ups.

I'm not a big league Broadway baby but the guy from the NYT can say that the most exciting part of the show was the announcement of a technical delay,there's more than trouble right here in River City ,my friends.

With that in mind,we at LRG offer up our Top Five suggestions for a future Broadway musical that would easily outdone the overblown dramatics of Spiderman:TOTD and might actually be worth your hard earned dollars to plunk down for opening night:

THE EVIL LEAGUE OF EVIL AUDITIONS

As many of you fondly recall,one of the bonus features on the Dr. Horrible DVD were selected videos of the winners of their ELE audition contest. Many of those clips were musical(not a requirement,by the way)and surely they could be gathered together to make a two hour show.

Perhaps,in an Edwin Drood like fashion,the audience could vote for their favorite via applause and choose a new member to induct every performance. That would be fun,especially if the original applicants were included in the cast: 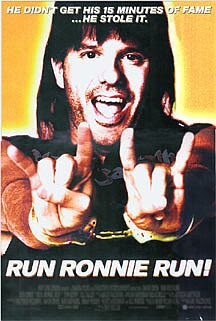 The trials and tribulations of Ronnie Dobbs,a frequent guest star on the reality police show Fuzz,has been a main staple of Mr. Show's fanbase,most of whom would certainly love to see their less than golden boy singing his sad heart out on stage.

Granted,the movie version of Run,Ronnie,Run had it's share of troubles but possibly more creative freedoms would be allowed on Broadway,not to mention that Mandy Patinkin could certainly use the work these days: 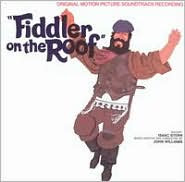 AN ALL CHILDREN'S CAST PRODUCTION OF FIDDLER ON THE ROOF

That sounds really out of the box,but hey,it did work on Gilmore Girls and why not on Broadway? There are tons of talented young performers out there and this would keep most of them off of that creepy kiddie pageant circuit.

You might not be able to have it entirely cast with kids,since there are a few roles that require a really powerful actor for the part. Done right,however,and there won't be a dry eye in the house by the end curtain: 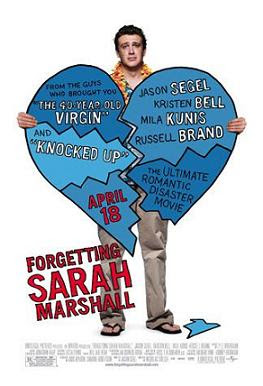 Fans of the movie Forgetting Sarah Marshall have a thriving cult interest in seeing the sad sack leading man of this story(Jason Segel)fulfill his dream of putting on a musical version of Dracula with puppets.

What started out as a side note in a romantic comedy has slowly taken on a life of it's own. Segel has performed the show's theme song,"Dracula's Lament" out in public several times,including an appearance on the Late Late Show with Drac puppet in tow.

I have to tell you,folks;I've never seen this movie but if they did a show based on this bit,wild horses couldn't drag me away:

The gang on Mr. Show were far from shy when it came to breaking out in song,but out of the many silly song fests they delighted viewers with,the best one was Joke:The Musical.

Granted,turning a rather raunchy traveling saleman's story into a full fledged professional production may sound crazier than putting up the money for Springtime with Hitler but if Jack Black could be persuaded to reprise his roles,the fans will flock to the theater. It would be necessary to inform any potential newcomers that this is not one of Black's family friendly outings-this is strictly for the grown-ups:

The Spiderman legend will live on,despite this monster of a musical and the too soon to tell Hollywood reboot lurking in the cinematic shadows. Not all changes are for the worse,however,so maybe next time a fellow like Donald Glover wants the chance to at least audition for Spiderman,true believers will be more receptive to the notion and not reject it out of hand. The strength of the Marvel universe is in the diverse,that's all I'm saying:

Anything would be better than Spiderman lol. I wouldn't mind seeing what they could do with something of Stephen King's though.

Well,they did have that Carrie musical,so who knows-maybe The Stand would be a good choice. There is a character who's a musician,after all!