Another Super Bowl has come and gone,with fans of the winning team in recovery from their victory partying,those who backed the other side making plans for next year and the rest of us debating about which of the commercials were our best or least favorite.

Since we'll be seeing these ads for quite some time,giving them a good once over may be the pop culture equivalent of Monday morning quarterbacking but,hey, why not? Advertising is a creative means of communication and what these folks have to say about their products says a lot about who they think they're selling to:

WE'RE TOO COOL FOR THE AD GAME SCHOOL!

A couple of ads tried to do the wink and nudge bit to the audience,in effect telling them "you guys know the score here,right? Why pretend that this is more than just a way to get you to buy our stuff!" Not a bad ploy but not altogether original either.

Bud Light did a Product Placement bit,mocking the practice to truly camp levels. It was fine yet that Wayne's World movie scene on this subject was way witter:

Plenty of celebrity endorsements this year but the best one in my opinion is Eminem's Lipton Brisk tea ad. Bringing back the claymation technique that they've used so well in the past,this actually suitable for broadcasting riff by Marshall Mathers on doing these deals fits his twisted sense of humor to perfection: 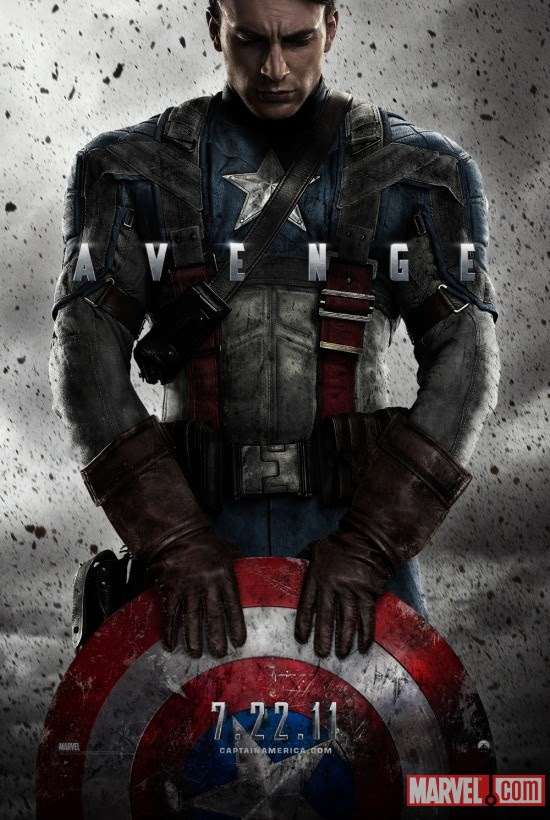 COMING SOME TIME SOON TO A THEATER NEAR YOU

The movie trailers were out in force,with the likes of Cowboys Vs. Aliens,The Transformers;Dark Side of the Moon(does Pink Floyd know about this?)and the latest Marvel Comics adaptation,Thor,taking their turns on the commercial catwalk.

Marvel has more than their hammer throwing man who fell to earth in the wings,however. A brief teaser for Captain America: The First Avenger,starring Chris Evans who is no stranger to this country having played the Human Torch in both Fantastic Four films,was shown. Evans is a good type to cast in the superhero mode but it's still too soon to tell if he can really pull this off:

Having no choice but to try and make this work is the fourth Pirates of the Caribbean movie with Johnny Depp's Captain Jack Sparrow on deck. Orlando Bloom and Keira Knightley avoided being shanghaied for this round,so it's just Jack with his best frenemy Barbarossa (Gregory Rush)and Penelope Cruz as a mystery woman who needs his help.

The subtitle of this chapter is On Stranger Tides and in some ways,it is pretty strange. A few of the plot points sound like something straight out of a literary mash-up to me-mermaids and zombies and Blackbeard,oh my!:

Much like art,ads can be subjective to certain tastes. However,there are those that you can judge right off the bat as to quality and here are two personal picks on that score. In the plus column,we have a Coca Cola commercial entitled "Siege" that whips up a nifty epic battle animated sequence to showcase the soda.

This ad not only broadens their audience base,making Coke cool for fantasy/sci-fi folks,gamers,etc,it's also a lovely display of artwork and bonus points for the twist on the Trojan horse routine:

Teleflora offended a few people around this time last year with their nasty talking flower ads and while this Faith Hill love advice commercial isn't as bad,it is a bit of a stinker.

It's main flaw is in not doing much with Faith Hill here. She just sits in while her clueless tech guy sends his girlfriend a poorly worded Valentine's Day greeting with his flowers. What is the point of that? Any generic gal could have done the same thing,honestly. No special tie-in to her music or persona,not to mention the joke was weak at best. Another adfail for Teleflora,folks:

THE FORCE IS STRONG WITH THIS ONE

The big hit amongst the Super Bowl ads this year comes from Volkswagen,with a little help from a galaxy far,far away. The commercial follows a young Star Wars fan who spends all day in his Darth Vader outfit,trying desperately to summon the Force everywhere he goes.

Fortunately,his dad takes a bit of pop culture pity on the kid and gives him a Jedi thrill for his troubles. It's cute,funny and charming all at once. Nice going,gang. Star Trek people,the gauntlet has been thrown down-you need to get something out there that's just as good if you want to keep up with the Sith Lords here:

How well these and the other hyped up ads that ran on Super Bowl Sunday will help sales is too soon to tell. Yet,I do have some advice for Snickers;when attempting to recapture that lightning in a jar buzz Betty White gave you,Roseanne Barr is not the best bait to put out on that trap. She's naturally more sour than sweet to begin with,so the punchline isn't quite the same:

Yeah I don't watch sports but I do like watching the commercials. Missed them this year so thanks for the heads up! I actually liked the Budlight one. Love Captain Jack Sparrow so I'm looking forward to that one. The Coke ad was awesome! I saw the Volkswagen one a few days ago and really thought it was cute. Could have skipped the Rosanne one though I do love her usually.