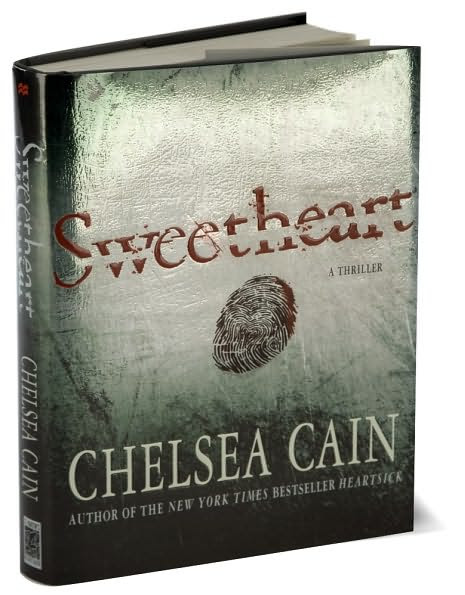 When we last left Archie Sheridan,in Chelsea Cain's debut thriller Heartsick,he had decided to go cold turkey and stop paying his weekly visits to Gretchen Lowell,the seductive serial killer who held him captive for ten days while she unleashed some of her favorite physical tortures upon him and currently enjoys playing with his mind as she slowly gives out confessionals about more of her victims while serving a lengthy prison term.

But Gretchen is still in his thoughts,especially when Archie and his fellow police officers come across the body of a young woman in Forest Park. That was where the first of the Beauty Killer's victims was discovered,a case that he was never able to close ,which also haunts Archie. 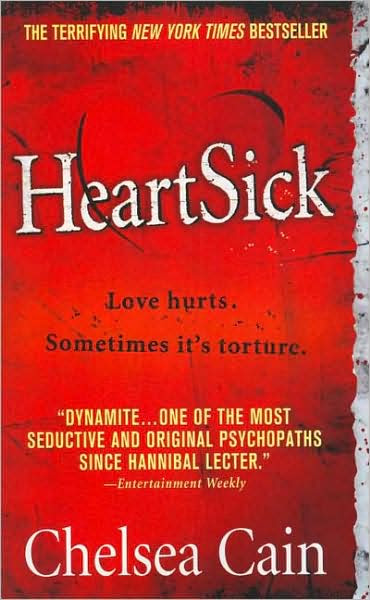 While this new case(which leads to the gruesome findings of two more bodies)may have nothing to do with Gretchen,it may have some connection to Susan Ward,the young reporter who teamed up with Archie during the After School Strangler murders.

Susan is on the verge of having her expose of a prominent senator's secret affair with his then fourteen year old babysitter published when said senator winds up dead in a car crash and one of the bodies that Archie found is of Molly Palmer,the key witness to Susan's story.

All of that is set on the back burner when news of Gretchen Lowell's escape(during a prison transfer)hits the street. Everyone involved with Archie-his ex-wife who had taken him back,his children,Susan-is an official target for the Beauty Killer's violent affections while Archie himself awaits each and every phone call that she makes to him,both fearing and desiring to hear from her:

As the danger increases for both Archie and Susan from more than one source,the two of them have to separately chose just far they have to go to stop what's happening as well as dig up the real truth behind the terrors they've unwittingly released. For Archie,part of facing that personal demon is admitting to himself with complete honesty about the ultimate depths his bond with Gretchen has,and will,take him to in the end.

Chelsea Cain has once again pulled another terrifyingly terrific rabbit out of her hat with Sweetheart,giving her plot line and the characters the nuance and tension that has not only been explored by the Hannibal Lector books and films,but other engaging thrillers such as In The Line of Fire. One hopes that when and if the film adaptations of these books are made,they receive the high caliber of talent and artistry from Hollywood that they richly deserve.

Sweetheart goes out on sale today,and if you're in need of a smart and scary read to pass the time while you wait for your favorite fall shows to return to TV,you couldn't do any better than this:

I really can't wait to read the sequel!