Sarah Carrier is only about nine years old,when her family moves to Andover,Massachusetts to live and work on her grandmother's farm but already has a teenage girl's resentment towards her mother,Martha. Martha is a severe seeming woman with a harsh tongue that quickly gains her many enemies amongst her neighbors and family members.

When an outbreak of smallpox strikes one of Sarah's brothers,she and her baby sister Hannah are sent to live with their Aunt and Uncle Toothaker,who are much more lively and openly loving to each other than the Carrier clan. Sarah bonds with her cousin Margaret,who lives in her own dream world,and feels as if she has found her real family at last.

Despite seeing some of the flaws in the Toothaker's household,Sarah is not happy to finally go home after the pox has passed,leaving her brother alive but her kindly grandmother dead. A family dispute over who should inherit the farm keeps Sarah from seeing Margaret and inflames more of her dislike towards her mother.

Martha's forthright nature leads her to take charge in many of the situations that the Carriers face in their new neighborhood,including dealing with a wayward servant girl named Mercy who is turned out of the house for several reasons. Mercy joins the growing group of folk who spread vicious rumors about Martha being a witch and lumps Sarah into that deadly mix. 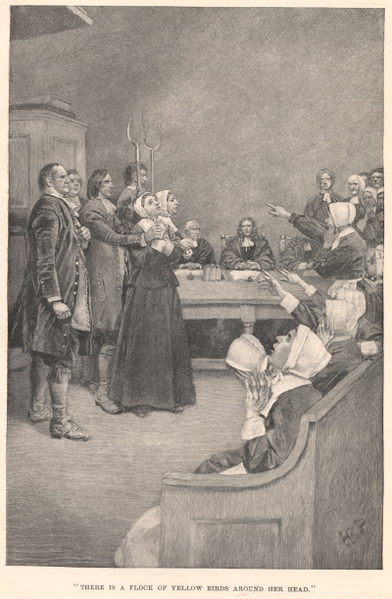 Soon enough,the witchcraft accusation craze from the town of Salem spreads to nearby communities such as Andover and Martha is officially charged and arrested. Sarah slowly realizes that her mother is not as hardhearted as she appears to be and must try to follow her example of strength and support for her family.

Even when Sarah and her brothers join their mother in jail,charged with witchcraft as well,the courage and fortitude of Martha's never wavering stance of proclaiming her innocence has to serve as the only nourishment for the souls and sanity of the Carrier children. 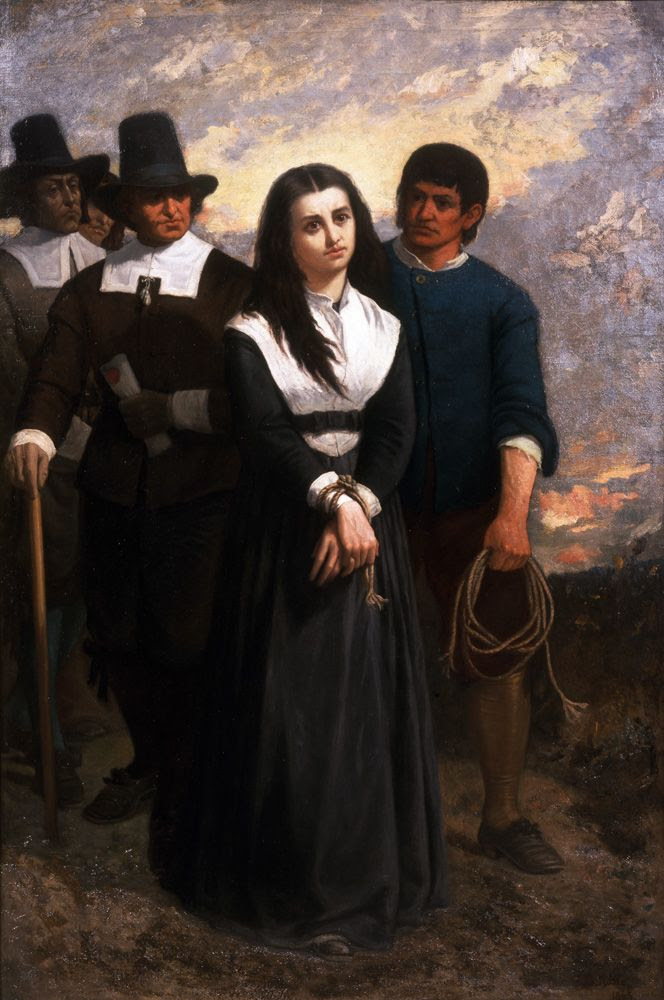 The author of The Heretic's Daughter,Kathleen Kent,is a tenth generation descendant of the real Martha Carrier who was fascinated by family stories about her infamous relation and thoroughly researched the history of the Salem witch trials to know more about her.

This debut novel truly brings to life not only one family's struggle against a growing wave of social hysteria but the bonds that develop between a mother and daughter who are more alike than either of them care to realize.

The terrors of the Salem witch trials are vividly captured and feel as current as today's headlines,with fears about both known and unknown dangers in the world being given an easy target for folks to knock about. It also gave the unscrupulous a golden opportunity to seek attention and revenge upon those who have thwarted their will in the past : 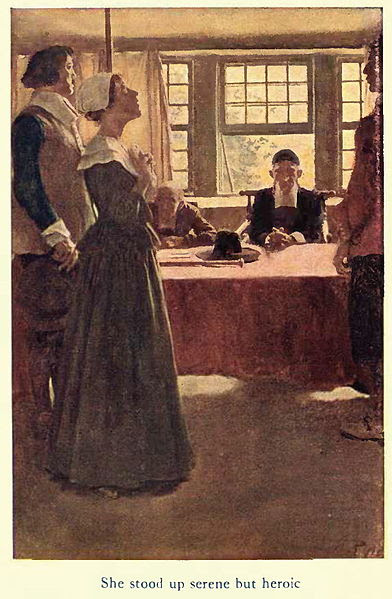 It is not just the Carrier women who are fully portrayed in this novel;Sarah's brothers and even her quietly stern father(who has a few secrets from his past to conceal)bring forth their own feats of courage,restrained as they seem to be, and deal with their inner and outer conflicts during this turbulent time.

The Heretic's Daughter is one of the most moving pieces of historical fiction that I have ever read. Kathleen Kent has not only shared with us a bold new look into the nearly taken for granted history of the Salem witch hunt,she has created a stirring account of a family legend that honors their memory. This novel is a great cultural inheritance for many literary generations to come:

This novel was fascinating. I'm also a descendant of those who were unrightfully hung as witches and it was interesting for me to read this book which portrayed this time authentically. She also mentioned my ancestors (Mary Towne Estey, Rebecca Nurse, etc.), Great debut novel!