Here there be dragons,taking you along for the ride into imagination land 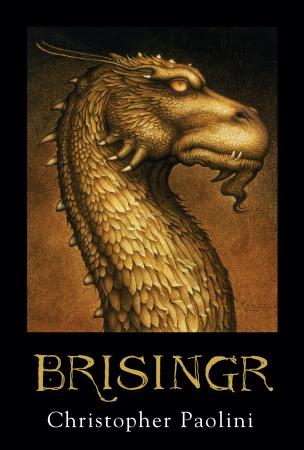 This past weekend,another major release of a new book in a popular fantasy series for young people hit the bookstores by midnight and this one doesn't have vampires or wizards(there are some elves and dwarfs in the mix). This time,it's all about dragons,in Brisingr,the third book of Christopher Paolini's Inheritance Cycle.

Paolini made quite a few headlines(along with a couple of raised eyebrows)when his first novel Eragon was published. It was a book that he started writing at age fifteen and was self published a couple of years later. It came to the attention of Knopf via Carl Hiaasen,who had picked up a copy while on vacation,which lead to Eragon making a big splash in the fantasy pond for being such a young author at the time(he's twenty four now).

Eragon did well enough with readers to not only get two sequels green lighted(with a fourth volume in the works) but a movie version of it as well. The movie received mixed reviews but the books are still going strong.

I did enjoy Eragon as a book(still have to catch up to the film)and will find some time to check out the latest entry in this series,but a thought or two occurred to me about why dragons are still such a juicy lure in the fantasy world and what other books have contributed to that appeal. Dragons have strong narrative roots in folklore and film,but to make things easier,let's just look at the books for a moment. 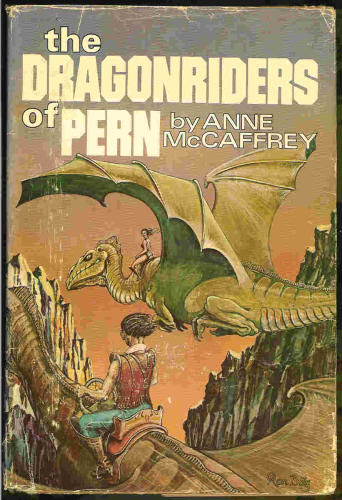 My first exposure to dragon themed novels was Anne McCaffery's Dragonriders of Pern. We had an old Book of the Month Club edition hanging around the house(not sure if it was given to us or was one of those Main Selections that we forgot to refuse)and one day,I just opened it up. It was a long book(my intro to omnibus editions)and since the first story had a female lead,I was pulled right in.

I don't know if the concept of people bonding with dragons and taming them enough to ride around on them was fresh and new when McCaffery first came out with the Pern series,but she certainly made the whole idea of that rather enticing. It's become a regular staple of dragon fiction to have the lead human seal their deal with his/her chosen dragon by taking that first flight together:

It's also a long standing tradition that when dragons are involved,some sort of fight must follow. Even if the dragons are intelligent and well thought out characters like those in Naomi Novik's Temeraire titles, they are always participants in a major conflict either with or against humans.

A interesting feature of the Temeraire books is that the dragons are seen as ground soldiers for each nation and in some ways,are treated like their human counterparts in that they are expected to obey orders without question,even if they are made due to the political whims of the moment rather than good sense.

It's a welcome change from the usual "dragons are our enemies and must be destroyed" pattern that most of these stories follow. I won't deny that fighting a dragon isn't an exciting idea for any fantasy entertainment but you do need more than some cool special effects to keep folks engaged for more than the battle scenes: 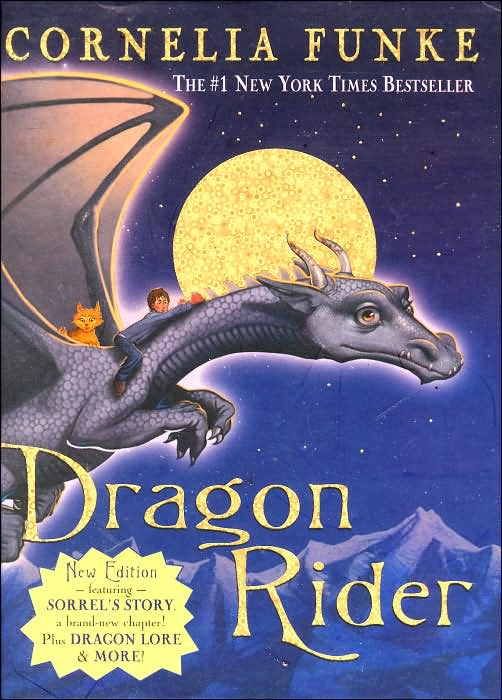 Of course,we do have the cute dragon motif to fall back on. Most folks prefer a more cuddly version of dragons to show the kids and while it can be a nice intro for children,it doesn't have to be overly saccharine sweet.

In between her Inkworld books,Cornelia Funke came out with a lighthearted quest novel called Dragon Rider,that has a young dragon named Firedrake seeking a new home, with a group of various companions picked up along the way,after the valley where his clan lived was about to be flooded by not so friendly locals.

The book sounds a bit like The Land Before Time crossed with The Last Unicorn but judging by Funke's previous works,this is not some cheesy attempt to easily dazzle children with a merchandise ready fantasy. There's nothing wrong with a family friendly type of dragon either,but sometimes you want more than just a song and dance version of fire lizards to have fun with: 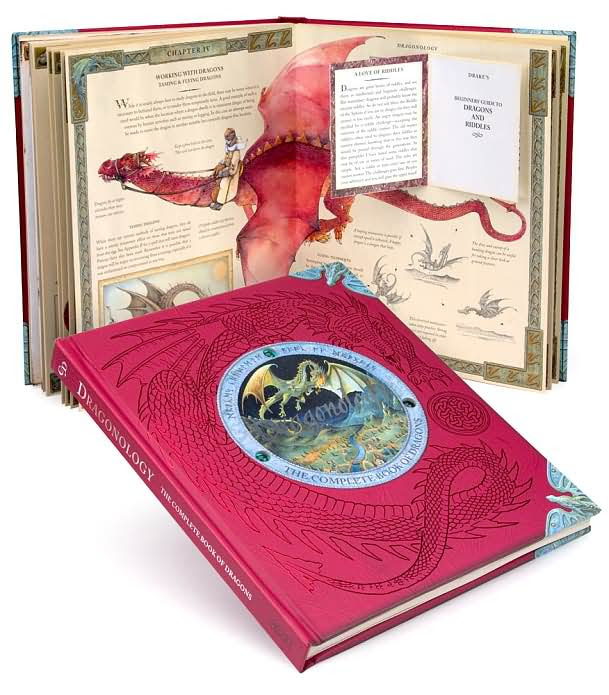 No matter what form it takes,there will always be dragons around in the pop culture realm to satisfy most tastes. With the continuing rise of dragon themed books that are destined to become films and even such fantasy based series as Harry Potter featuring those fire breathing high fliers,I think it'll be awhile before we start to worry about seeing the last of them.

One way or another,new stories about dragons will continue to unfold by means of book,film,TV or song. It's been a long time since "Puff,the Magic Dragon" but there's still room for a fresh new toe tapping tune celebrating the delights and/or horrors of the dragon legend,just you wait and see:

Sorry I haven't been coming around as often but I still love your blog! How come you won't come up on Google Reader? It says your last update was Harry Potter and the Deathly Hallows.

I read Eragon for the first time during the middle of Hurricane Katrina. The place we were in was shaking because of the wind and it really added to the book lol.

That's okay,LadyTink,you're welcome anytime:) I'm not sure if I'm fully signed on to Google Reader or not,I have to check that out.

If you had to caught somewhere during a hurricane(especially a famously bad one like Katrina),I'm glad you had a good book to read at least!

This was a throughly enjoyable post to me! I am about to send for Brisinger, and read the other two of his books.. also Pern..well.. there's nothing quite like Pern!! Over many years I've read the Pern books several times and fall in love with the dragons and characters (especially master Harper Robinton) over and over.

I have cornelia Funke's books too! including Dragon Rider..love her Inkheart series to death!

glad to see there is another lover of dragons around!