I can hardly wait for the third season premiere of Heroes(and it's a two hour one on top of that)next week,especially the big theme this time around is villains. Granted,this show already has assembled quite a rogue's gallery but their ranks will soon be filled up to the brim with Big Bads for everyone.

We'll still have some of the evil doers we know and love,Sylar being my personal favorite,which makes for some fun as bad guys are rather prone to infighting. To quench my thirst for this fresh batch of villainy,let's look at a few other menaces to society that may not be as celebrated as Darth Vader,Lex Luthor or Hannibal Lector but have made their own mark of distinction in the realm of pop culture evil:

While there are a number of villains that appear in the 1995 version of Rob Roy,most of the fans of that film would agree that Archibald "Archie" Cunningham was the worst of them.

As played by Tim Roth(who is amazingly excellent in villain roles),Archie is a coldly charming sociopath and social climber,willing to do anything to reach a higher status in life but doesn't hesitate in ripping off his benefactor(John Hurt,in another great role)as well.

The most horrible thing about Archie is his unconcealed delight in using and abusing people,even the young house maid Betty who begs him to help her with the baby that she is having because of him. His dismissal of her plight is viciously humorous,to say the least:

John Boorman's retelling of the Arthurian legend in Excalibur has been sadly unappreciated for a long while now. Yet,those who know and love this movie get to enjoy seeing Helen Mirren work her mojo as the infamous and vengeful half sister of Arthur, Morgana (traditionally,it's Morgan but they added an a here) Le Fay.

Like many great villains,Morgana's potential for evil is only recognized at first by an elder ally of good,namely Merlin(Nicol Williamson,who aces the part). At a crucial turning point, Merlin attempts to eliminate the threat of Morgana from Camelot but unexpected events cause the lady in question to gain the upper hand and allow her to remove a major obstacle in her path to power: 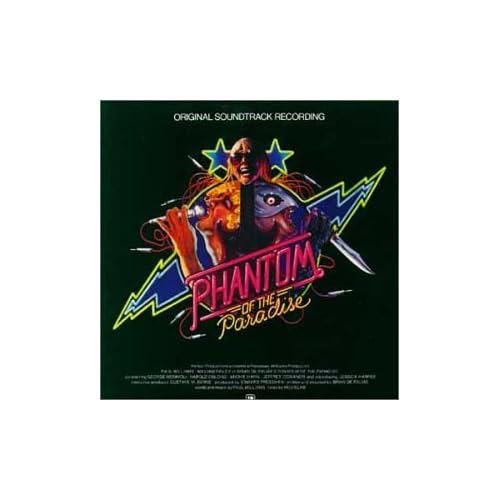 SWAN (PHANTOM OF THE PARADISE)

Villains share many things in common with heroes,one of those traits being that they come in all sizes and shapes. Not every bad guy struts around in a black hat,twirling a pointed mustache or slinking around with open hostility towards their opponents. No,the smartest villains are the ones who lure the hero into trusting them with achieving their allegedly mutual goals and then plot to betray their unwitting ally behind his/her back.

Paul Williams,as the devilishly devious music mogul Swan,plays a very realistic bad guy in a very exaggerated dark parody,Phantom of the Paradise. While you can't confirm that your average corporate executive is not in league with Satan, it's a safe bet that any contract you signed without your own legal representative present is bound to have some hellish loopholes that are not in your favor: 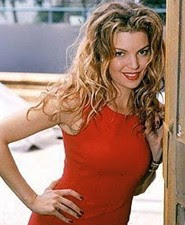 Part of the challenge of a continuing TV series is turning up the volume on the threat scale and with the Big Bads of Buffy the Vampire Slayer,Glorificus,aka Glory, was at a level above and beyond the usual Sunnydale foe.

A hell god,exiled from her dimension and forced to share her existence within the body of a reluctant mortal(creating a Doctor Jekyll and Sister Hyde motif for the season) who had to suck the sanity out of humans to keep her own,was a doozie of an evil deity.

Some of the BTVS fans didn't quit warm up to Glory(played by Clare Kramer)but I always found her amusing and quite a deadly force to reckon with. Even when Willow revs up her powers to get revenge for Glory's brain drain on Tara,the glam goddess is not easily defeated or down for the count for long:

Since the second season of Heroes had a bit of trouble wowing the fans(not to mention being cut short due to the Writer's Strike),hopes are on the rise for this next round to do well.

With Sylar back in action and a few more bad boys and girls thrown into the mix,the ingredients for a sweet sizzling show about super powered people are already on the table. Cross your fingers,folks,that everything is mixed together just right and that the main course is as chock full of meaty goodness as the appetizers seem to be: