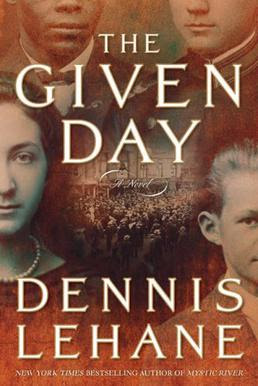 Dennis Lehane is best known as a writer of realistic crime novels,Mystic River being the one title of his that quickly comes to mind when most folks are asked to name a book of his. With his new novel that's on sale today,Lehane is stepping into a new field of play but still has much of the same equipment on hand to keep things interesting.

As are many of his books,the plot of The Given Day is set in Boston,the Boston of the late teens during the early 1900s,just between the end of WWI and the beginning of Prohibition. And,another trademark of Lehane's,is amongst his cast of characters is a police officer or two.

Danny Coughlin is a beat cop in one of the worst sections of the city,who despite his father's connections and being the survivor of a notorious radical bombing of a police station,hasn't gone further up the promotional ladder. Some of his father's associates offer him a chance to make detective,if Danny will go undercover and spy on the various Socialist/Communist groups sprouting up in the area,many of whom are involved in unionizing the working class.

This spy detail would also include the budding policeman's union,which makes Danny rather hesitant,to say the least. He's seen firsthand the overwork and underpay of his fellow officers,including his partner Steve Coyle,whose health was destroyed during the recent influenza epidemic sweeping the country and is now unable to even do desk duty,but receives no compensation for his service.

Even with his reluctance to buck the system and his doubts about the radicals being more than just a bunch of big talkers,Danny takes on the undercover gig and becomes more and more torn about his double agent status.

Part of his motivation to continue with this deal is his search for Tessa,a young woman living with her father in Danny's building who he wound up helping out a few times and became romantically involved with. Tessa and her father mysteriously disappeared one night,due to the fact that neither of them were whom they seemed to be.

Since Tessa was alleged to be a member of a anarchist bomb making group,the chances of Danny running into her during this assignment are pretty strong and dangerous too boot. The real love of his life is Nora,who works as a maid in the Coughlin family household,but her past stands between her and Danny. It may not stand between her and Danny's brother Connor,who is deeply in love with her.

Another member of the Coughlin staff is Luther Laurence,newly arrived from Tulsa,OK. Luther had moved to the Greenwood section of Tulsa with Lila,the women he loved and the mother to be of his first child to find work after the local munitions plant fired him in order to have a job open for returning soldiers from the war and start a new life together. That new life was jump started by Lila's Aunt Marta insisting upon the two of them getting married.

In order to make extra money for his growing family,Luther worked in a hotel by day and at night was a numbers runner for Deacon Broscious,the biggest gangster in town. During the worst part of the influenza infestation,Luther and his friend Jesse are strong armed into collecting some of the debts owned to the Deacon by folks who are suffering the most during that time and whose homes are too infected and deadly for the Deacon's usual enforcers to go into. 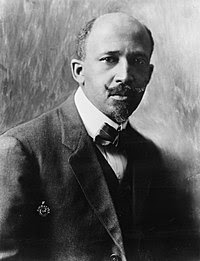 That all leads to a violent shoot out that forces Luther to leave town,with Lila refusing to go with him. Via a few family connections,Luther ends up in Boston and not only working for the Coughlins but doing volunteer work for the NAACP,a condition set by Mr. and Mrs. Giddreaux,the couple who agree to sponsor him in the area.

Luther and Danny wind up becoming allies,with Luther needing protection from one of more inquisitive of the Coughlin's police associates and Danny wanting an inside man to keep an eye on the relationship between his brother and Nora. Both men share a strong but wary respect for one another that gives them some unexpected support during the hard times to come.

Dennis Lehane blends a number of historical events into his narrative,the key one being the Boston Police Strike of 1919. He also adds in quite a few historical figures such as John Reed,Eugene O'Neill,W.E.B. Du Bois and a young J. Edgar Hoover.

A recurring pop culture icon pops up frequently thru out the book,Babe Ruth,who Lehane successfully gives an Everyman quality to and makes his appearances seem like natural set off points for the action that's to come.

One of Ruth's best bits in the book is at the beginning,where he stumbles across a pick up game being played by Luther and some of his work buddies. Babe asks to join in and the game goes well at first but when the rest of his team muscles their way and not so subtly insist upon winning,the mood turns ugly.

Lehane refuses to get melodramatic with this,letting the situation run it's natural and sadly all too real course,which serves as a harbinger for what's to come. It's not easy to showcase well known historical figures as just another member of your cast but Lehane deftly glides them into the places where they need to be as accents for his plot and characters,not Forrest Gump type of gimmicks.

The Given Day is a true home run of a novel that makes the history of the past feel as relevant as today's headlines and is a hell of a good read to boot. For those who might hesitate at the notion of Dennis Lehane tackling historical fiction,think again,guys. Any writer worth his or her salt can make any genre sing to their own unique tune if they know how to play the instruments and Lehane certainly does:

I thought this one sounded interesting. I've never read anything by him before.