Merry Christmas Eve,folks and I hope your holiday is a happy one. As we usually do here at LRG,a set of sweet Yuletide tunes are being presented here for your listening pleasure and while we will be back later this week with our book preview post for January and February(and possibly a TV Thursday as well),tomorrow is a day reserved for rejoicing with loved ones offline.

So,let's begin with the new Cee-Lo Green cover of "All I Need is Love",with special guest stars The Muppets. A couple of other guest stars show up,including Craig Robinson as Santa(nice!). The whole video is pure joy,from start to finish,plus who can resist Miss Piggy and Kermit under the mistletoe?:

Next on our holiday playlist is "Silver and Gold",sung by the grand master himself Burl Ives from the classic Rudolph the Red Nosed Reindeer special.

He contributed a good number of songs to this show but the sweet simplicity of this musical tribute to those shiny colors that appear on Christmas trees this time of year hits the right spot in my heart:

Perhaps it's due to me being a city girl but a holiday song that I happen to love is "Silver Bells",which sets the mood for Christmas in the city in a subtly charming way.

The song made it's original debut in the 1952 Bob Hope comedy The Lemon Drop Kid,based on a Damon Runyon tale of a con man who inadvertently finds redemption and true love via a Santa charity scam.

Silver Bells has been covered by numerous artists such as Burl Ives,Barry Manilow,Olivia Newton-John,Billy Idol and Perry Como,who sings it with Diahann Carroll in this clip from a 1968 TV special telecast from Vegas(I love Diahann's dress,it screams old school holiday special): 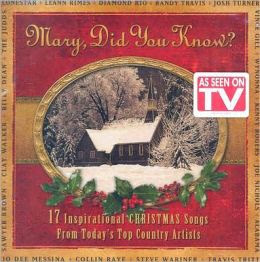 I was introduced to a new holiday song this year,known as "Mary Did You Know",first released in 1992 by Michael English and has been covered by both country and pop stars alike,including Clay Aiken,Reba McEntire,Natalie Cole and Cee-Lo Green.

The song really took off when country artist Kathy Mattea recorded it for her 1993 album Good News and so far,it's the rendition I like best. It's good to have a musical salute to motherhood during this family centric time,in my opinion and such a touching one,too:

And last but far and away from least,one of my favorite tracks from the first A Very Special Christmas album,Run-DMC's "Christmas Time in Hollis". This merry rap has been heard in on both TV shows(The Office,Chuck) and movies with Christmas themes such as the original Die Hard and Jingle All The Way.

The song got a little bump recently,due to being featured in a car commercial where some suburban moms sing a long to this toe tapping tune. Can't blame them,after all who wouldn't want to be chilling and cool just like a snowman this season?:

Once again,Merry Christmas and Happy Holidays to all. I'll see you all later on to start ringing in the New Year right and we won't even have to play through the pain: