Sample some genre goodies from the Midwinter Movie Trailer Park 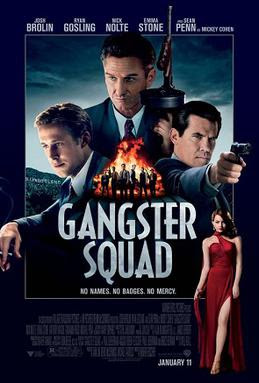 While there are plenty of big movies out and about right now,not to mention due to open on Christmas Day,there will still be something new to view at the multiplex after New Year's Eve.

Most of those flicks that are set to arrive around that time are just screen filler,yet finding a gem amongst the dross is not entirely impossible. I don't promise that any of the typical genre types that are going to be showcased here are potential masterpieces but one or two might be fun to check out:

THE DELAYED DEBUT: The crime drama Gangster Squad was scheduled for a September release but due to some editing changes(one of the scenes that appeared in the first trailer had an eerie resemblance to the Aurora tragedy this summer),it's coming out in January.

The story is your standard man against the mob period piece,with Ryan Gosling as one of the law enforcers,with Emma Stone as his love interest and Sean Penn playing the legendary gangster Mickey Cohen. If you're in the mood for an old school cops and robbers film,this should ring your bell there: 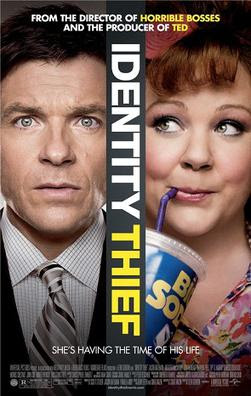 He's determined to clean up his credit and legal troubles caused by this one woman wrecking crew by bringing her to justice himself. Melissa's a funny gal,especially in the physical humor department and having Bateman as her straight man for this film could be a good time had by all: 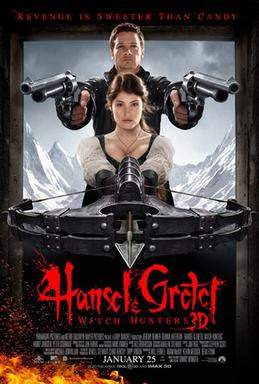 FANTASY FIREFIGHT: The fairy tale remix trend continues with Hansel & Gretel: Witch Hunters,where the title set of siblings(Jeremy Renner and Gemma Atherton)dedicate their lives to wiping out kid eating witches,like the one that almost had them for dinner.

Being so good at their job,they naturally run into a few enemies including a local official who would rather deal with the witches on his own terms and an evil sorceress(Famke Janssen)on the hunt for the hunter themselves. Total brain candy on display here and sounds pretty sweet to me: 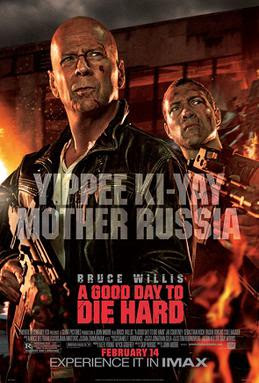 THE INEVITABLE SEQUEL: Just when you think there's no more story to tell, Bruce Willis' John McClane gets back in action for a fresh bout of punishment. In A Good Day to Die Hard,our hero heads out to Russia in order to assist his grown son(Jai Courtney)out of some legal trouble.

The two of them wind up in the midst of a terrorist plot and have to engage in various forms of gun play to save the day. "Far fetched" is too mild a term for this movie and yet,..oh,McClane,why can't I quit you?:

ZOM-ROM-COM: Warm Bodies is quite the perfect date movie,if you're into zombie flicks,that is. The male love interest here(Nicolas Hoult)can't even remember his name,due to being one of the wandering dead that have taken over civilization.

One day,he stumble across a living girl(Theresa Palmer)who stirs what's left of his humanity and tries to protect her from the rest of his flesh eating friends. The pair fall in love,which may lead to a cure for the remainder of the undead that doesn't please everyone on either side. This film is based on a YA novel by Isaac Maron and could be a sleeper hit in the making:

Like I said,midwinter movies are a mixed bag of goods but you never know when a tasty treat might pop up with your popcorn. Granted,some of these movies might be better off seeing on home video but if you have the free time and spare cash,there are worse things you could do.

At the very least,a new flock of supernatural romances should be rolling in to ease the end of the Twilight saga like Beautiful Creatures,based on the popular series of books by Kami Garcia and Margaret Stohl. I'm not familiar with this story of good vs evil "casters" but hey,it looks like a blast. Sometime,you just need to wallow in the weird and wonderful,folks: