All assemble for The Austen Avenger!

Today is Shameless Promotion Day here at LRG,due to the publication of my newest E-book,The Austen Avenger,(with excellent cover art courtesy of my sister Stephanie)this weekend at Smashwords. This is a short story that combines two of my favorite pop culture passions;Jane Austen and comic book lore.

The leading man of our tale is Andy,a guy who knows more about the characters found in the pages of Marvel and DC than any from Austen's body of work. One night,while crashing a party with his best friend George,Andy spots Amy, the girl of his dreams, on the other side of the room and longs to talk to her.

He decides to move over in her general direction when, as if by magic,a mysterious woman in period garb claims him as an acquaintance and gives him that much needed introduction to the object of his desire: 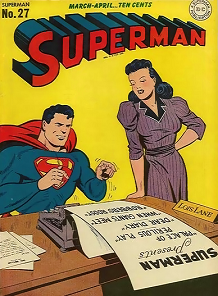 That odd intro leads to a romance but Andy finds himself running into this soft spoken stranger yet again and starts to wonder about what she's up to. Her manner of speaking and choice of dress remind him of some of those Jane Austen movies he's been watching with his new girlfriend Amy lately,giving him more points to ponder.

Here's a excerpt from The Austen Avenger to show you just why he gets so curious about this "Emma Thompson" like woman of mystery:


“I DON’T have a few minutes to waste while you figure out how to do your job and I don’t appreciate your tone at all!” Oh, man. I was feeling really sorry for the clerk and was tempted to go over to provide a possible distraction from the tension building up there. Someone else seemed to have the same idea in mind and she was a lot closer to the action than I was. 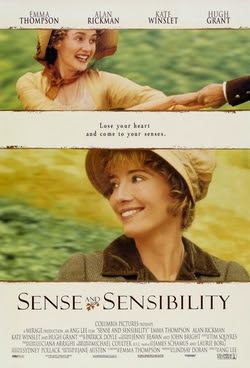 “Pardon me, miss. May I inquire about your stock of Pride and Prejudice, particularly if you have a hardbound copy on hand?” Sure enough, Miss Mystery had slipped around the corner and was standing slightly off to the side of the Furious Fur Coat Fury taking up most of the counter space. Her outfit was more of a daytime look, with a long beige jacket and what looked like a bonnet on her head that matched.

It wasn’t a pioneer type of bonnet, more like something out of an Emma Thompson movie, the one where Kate Winslet was her little sister who wound up with Alan Rickman. Amy had me watch that with her recently, so that look was fresh in my mind. Not to mention that Miss Mystery was the only person that I had ever seen dressed up in such an out of place get-up in public, outside of a Comic Con, that is.

The clerk nodded at her and started to say something but naturally Cranky Lady wanted all the attention aimed at her. “Don’t even think of dealing with anyone else ahead of me! I have been waiting for this book for months and if I have to stand here much longer, I’ll be taking my business elsewhere and letting everyone I know why!”

Miss Mystery then turned her sights on her. “My dear madam, I do apologize for disrupting your transaction. Please allow me to assist you, if I can.” I thought for sure that Her Crankiness was going to unleash more of her attitude on Miss Mystery but there must have been some magic in the way that request was made.


After yet another unexpected encounter with this super woman of sense and sensibility,Andy chooses to tap into his inner Lois Lane and find out who she really is, once and for all: 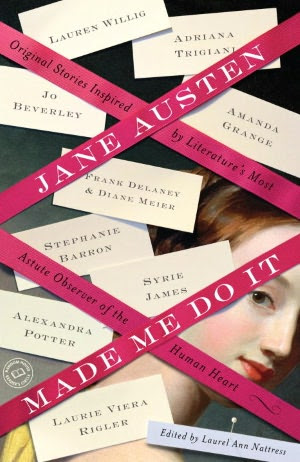 The Austen Avenger was originally written as an entry for the Jane Austen Made Me Do It contest last year and I've expanded it slightly,so think of this as the Director's Cut(no Blu-Ray required!). My thanks to Laurel Ann Nattress,the editor of JAMMDI and headmistress of the blog Austenprose,for her encouragement of my efforts to bring this story to another medium for all to enjoy.

For me,the biggest challenge in writing TAA was in deciding to use a male protagonist as the driving force of the story. Most Austen themed tales are aimed at women and understandably so,but we should not forget the fellas out there in Austenland. They appreciate a good novel as much as we do and have as much to learn about life and love from Our Dear Jane as well:

The Austen Avenger is a free download and at the moment,available only at Smashwords. When it is shipped out and on sale at other online retailers such as iTunes and B&N.com,I will add links to it at the official Austen Avenger Facebook page.

In addition to those updates,there will be Austen themed video clips put up on a regular basis,so you can tune in for that. I do hope that my fellow Austen fans like this story and give my other E-books a try.

I also hope that comic book fans will check this out as well,since one thing that both Jane Austen and Stan Lee do have in common is that they truly believe that a hero doesn't need a fancy costume to save the day for the ones they love(although it does help sometimes)and care more about the results of their actions than in taking the credit for them: 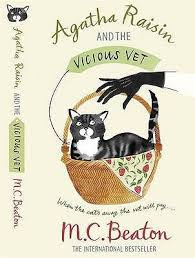