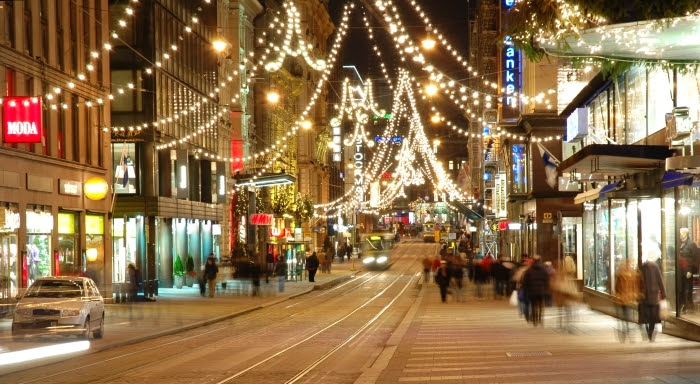 Well,since the world didn't end today,there's plenty of time to get those last minute gifts for Christmas this weekend.

Even if you're ordering online,the whole process can be rather daunting,what with trying to decide on what to give to whom and not to mention finding a bargain price on that hot ticket item you meant to pick up a lot sooner and so many more holiday woes.

In order to grant you a moment or two of relief from that holiday hassle,here are a
few themed clips that should put some Santa schadenfreude in your stocking before that final mad rush to the stores:

SHOPPING SHAKEDOWN: On one Christmas episode of Frasier,the good doctor had no choice but to make a last minute mall run before his son arrived in town for the holidays.

His hopes of finding the suitably smart gifts for his boy were dashed for awhile but luckily,there was one parent who had a bag full of the perfect intellectually inclined presents Frasier was looking for but the store that they were at was closed. In the spirit of the season,the dad was willing to help him out but at a high price. Frasier accepted while being able to pay him back in kind:

SCIENTIFIC SHOPPING METHOD: In Howard's End,the friendship between Margaret Schlegel and Ruth Wilcox was so deep that by the time Christmas came around,Margaret was more than happy to lend her practical expertise towards getting the Wilcox family presents.

However,Mrs. Wilcox was anxious to find her new young friend the perfect gift as well. How that sweetly sincere wish came true was more generous than either of them expected:

NEW STORE SCENT: In Elf,Buddy was overwhelmed to just step into a department store built for humans. Granted,it was understandable that he wasn't sure about how to ride an escalator but tasting that fruit flavored perfume sample simply wasn't smart:

DISTRACTED DISPLAY GAMES: Having a little fun while shopping is fine but on Mr. Bean's Christmas,he spent so much time playing with one of the store displays that he nearly forgot to pick up his purchases.

At least he made sure to check the holiday lights before buying them. However,I would recommend asking for an outlet to use for that purpose or you might disrupt everyone else's shopping there:

Happy holiday shopping,folks and if you find yourself starting to get overwhelmed by the last minute crunch,just consider yourself lucky that one of the people left on your list isn't a ninja turtle master with pizza loving pals ready to sing badly on cue: