Some Recommended Reading For Glen Beck

This video clip from CNN has been making the rounds online this morning and I felt the need to put my two cents in on the subject. This is an interview with author Ted Bell for his new YA novel,Nick of Time,being conducted by Glenn Beck who sees this book as a shining beacon of "manly" reading for boys: 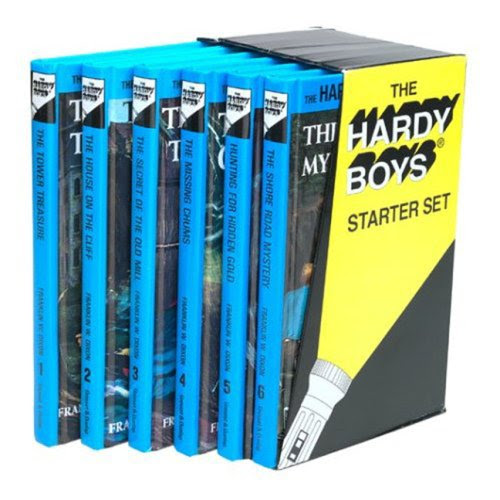 While I have not read Mr. Bell's book,I am sure that it is a entertaining read based on it's own merits and that there was no need to praise it by downgrading other books for boys and young men out there in the current marketplace. I am not the most well read in this particular field but I do know(based on my past experience as a bookseller for several years)that there are more books for girls being marketed since girls buy more(according to the statistics)but there are plenty of good books for the fellas as well.

Also,if Glen Beck is seeking some "old fashioned" books for his son,he should do a little more checking at his local bookstore and/or library. The Hardy Boys are still in print(both updated modern versions and old school),along with Encyclopedia Brown,Treasure Island and Captain Blood(which Ted Bell mentioned in the interview). 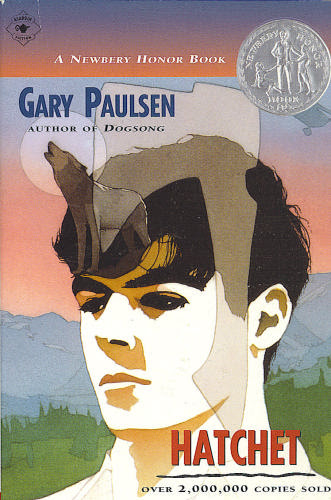 One YA author for boys that I recall recommending quite a bit to parents and assigned by many teachers for book reports was Gary Paulsen,best known for Hatchet which won the Newberry Honor award in 1987.

Two other Paulsen titles have been given Newberry honors(Dogsong,The Winter Room)and he's still going strong. If you are looking for a good "boys surviving in the wilderness" type of story,Paulsen is your man. He's also written a good number of historical fiction for young people including the renowned Nightjohn and Soldier's Heart.

In fact,there are a number of great historical fiction titles with male leads out there such as My Brother Sam is Dead by James Lincoln Collier & Christopher Collier,Where The Red Fern Grows by Wilson Rawls,, Bud,Not Buddy and The Watsons Go to Birmingham-1963 by Christopher Paul Curtis.

And let's not forget such contemporary YA authors with a male point of view like Jerry Spinelli,Louis Sacher, Scott O'Dell and S.E. Hinton. These writers also have strong female protagonists in their books,too but perhaps since Mr. Beck has three daughters as well a son,he wouldn't mind getting books that all of his kids can enjoy reading.

Something that thrilled Glen Beck to no end about Nick of Time is rather puzzling to me;at one point in the story,the little sister of the leading character is being held prisoner by an evil Nazi doctor and says to him" Just wait until my big brother gets here!" or something like that. Mr. Beck was pleased as punch to see a story where a little girl is waiting to be rescued by a boy(which is something that luckily occurs whenever a girl is in trouble in real life...NOT!!).

What does it matter who does the rescuing? In the Lemony Snicket Series of Unfortunate Events,the Baudelaire siblings take turns in saving each other(plus friends met along the way)from bad guys and gals and many times,they all work together(even infant sister Sunny) to save the day. Isn't that a good ideal to promote to young people?

One good thing about this literary tempest in a teacup(or is a coffee mug more masculine?)is that at least Mr. Beck has some interest in his son's reading. As we ladies all know,a man who loves reading is hard to resist:

A YEATS MAN IS HARD TO FIND

Well he obviously needs to read Boy's Life by Robert R. McCammon. There are quite a few books marketed toward everyone young or old, male or female (Christopher Paolini's books for example) and that's what makes a good book to me. If you're so busy trying to please just one demographic, you're missing out.

Never read the Hardy Boys but one of our teachers made us read Hatchett in class when I was a kid. Of course we had to read the sequels to after that. There's another book that I loved I think it was called My Side of the Mountain.

I agree about Boy's Life(McCammon is such a good author)and while I didn't read the Hardy Boys,I did get into Nancy Drew for a while.