Two for one deal in the Best Song category: high note or a sour one? 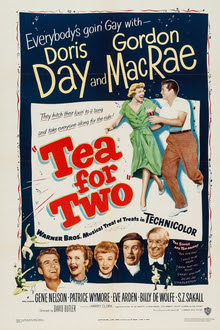 Last week,a new ruling was announced regarding the Best Song category for the Academy Awards;while a film can submit as many of the songs as they want from their soundtrack(that fit the standard requirements),only two will be chosen as the official nominees.

Seems that I'm not the only one who has complained about certain songs being shut out of the competition here and while I applaud the academy for making a fair change in the rules,the question remains as to if this will improve the quality and/or coolness of the songs chosen. Also,is it too little,too late?

Think of all the songs that could've benefited from this ruling sooner, like Borat's anthem to Kazakhstan, my beloved Snakes on a Plane theme or even another toe tapping tune from South Park: Bigger,Longer and Uncut.

Even with a two song limit,some movie songs may still get the short end of the stick. Take the Best Songs up for the Oscar in 1983;two of were from Flashdance(including the winner,Oh,What a Feeling) and two of them were from Yentl. The only song in between those was "Over You" from Tender Mercies-who even remembers that damn movie,let alone that song?! Okay,I did see that movie but come on,clearly Olivia Newton-John's "Twist of Fate" from Two of a Kind was robbed there.

Sure,it didn't really have a chance against the Flashdance juggernaut and yes,the movie in question stunk to high heaven but that's never stopped anyone in this category before,has it? Take a listen and then tell me this song shouldn't have been performed on Oscar night back then:

All we can do here is just hope that this limit will be of some use and good to future contenders for the prize on Oscar night. Maybe this might even let in some of the more offbeat offerings from small films with a cult following(and I'm not talking about art house darlings either)and/or some genre flicks that are not big blockbuster items.

It's way too late for a film like Phantom of the Paradise(which had it's score and songs written by Paul Williams)to get it's Academy Award due but perhaps something like Repo:The Genetic Opera will be given a real fighting chance to be heard come nomination time.

To wrap this up,here are a few of my favorite might-have-been Best Song nominees of all time:

OLD SOULS-PHANTOM OF THE PARADISE

YOU COULD BE MINE-TERMINATOR 2: JUDGMENT DAY

I love the award shows but it's about time they put this new rule into effect!

I never did watch Two of a Kind but I have the soundtrack, go figure! Never seen Phantom of the Paradise but I like the songs that you posted. I LOVE Xanadu! I know I'm one of the few but I really did like it and the songs were beautiful. Interesting bunch of songs!!!

Glad you like the songs,LadyTink(you are not alone in your love of Xanadu,trust me on this!)and Phantom of the Paradise is a must see. Two of a Kind,not so much:)